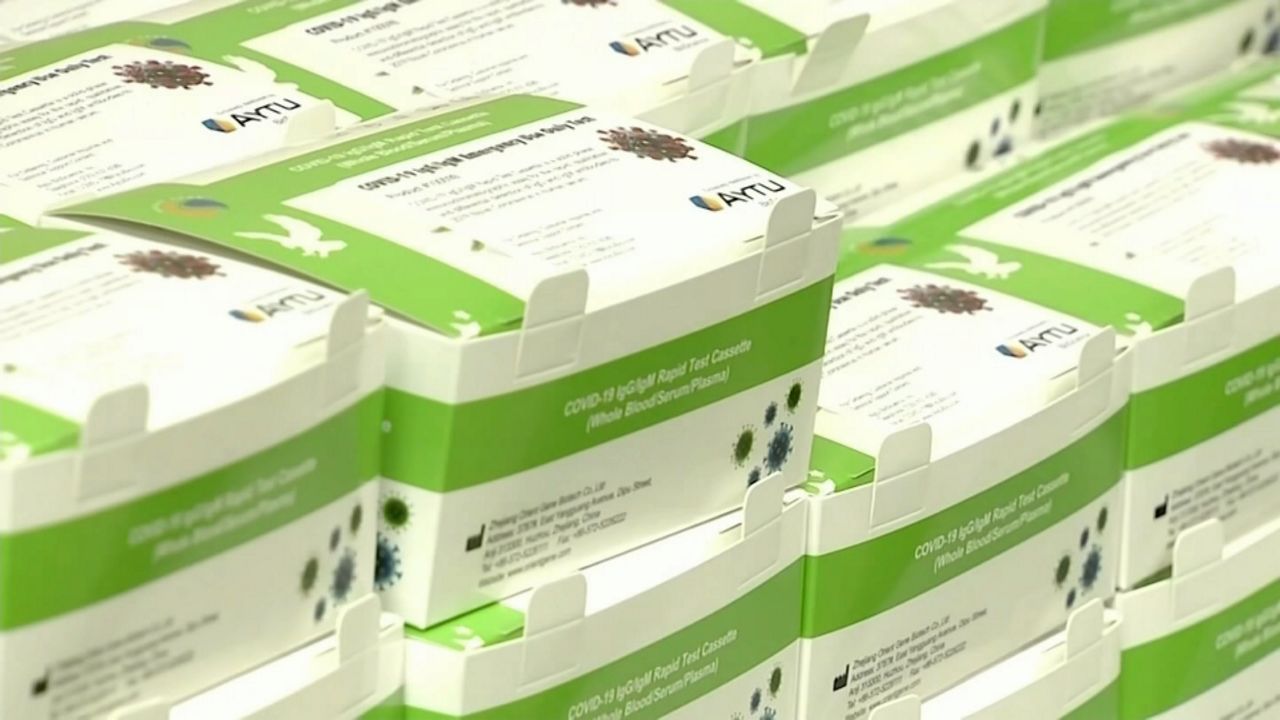 Days after Mayor Bill de Blasio announced that community-based organizations would get at-home COVID tests to hand out, Michelle sabatino, the head of the Staten Island Center for Independent Living got an email from an official with the Mayor’s Office for People with Disabilities.

The Dec. 21 email said the Mayor’s Office for People with Disabilities would “most likely receive a shipment of COVID-19 Self-Test kits later this week or early next week,” and wanted to know what groups wanted to request them.

“As soon as I got the email Dec. 21 I responded immediately I said, ‘Yes, we absolutely need the self kits,’ and I just filled out the form request,” Sabatino said.

She requested 1,000 at-home kits. But over a week went by and she heard nothing, until NY1 inquired on Thursday.

A spokeswoman for the mayors office told NY1 that city has “paused”  plans to give community based non-profit organizations at-home test kits to distribute for free because the tests will now go to the schools.

It affects her clients like Cheri Rosen, a retired teacher who uses a wheelchair.

“I was really disappointed and I was really frustrated because I thought it was going to have it,” Rosen said.

“When you’re disabled, especially if you’re taking something like Access-A-Ride, you can’t store hop,” Rosen said.

Without access to a test, she’s had to cancel holiday plans and is staying home alone for New Year’s Eve.

And there’s the stress of not knowing her status.

It’s a stress that will persist now that community-based organizations cannot rely on the city for tests.

“I feel a little betrayed,” Rosen said. “We exist, we vote. We count, we’re people.”