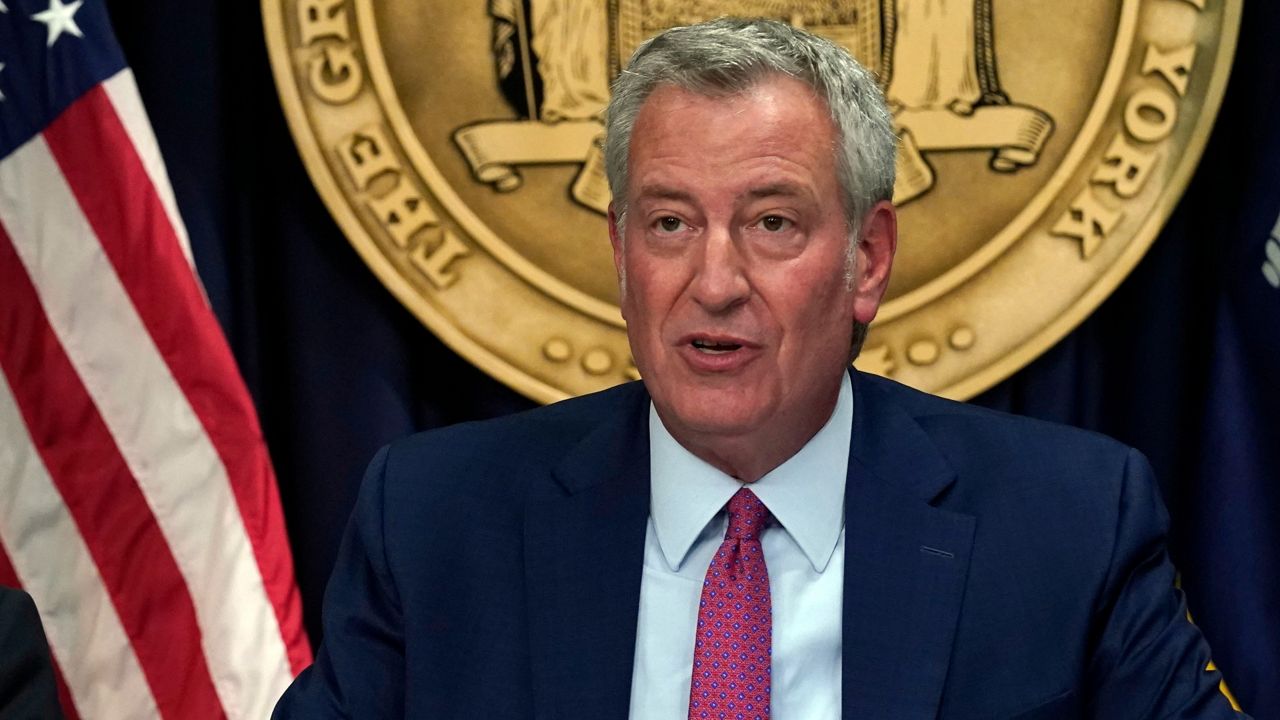 NEW YORK — In his first year, the goal for Mayor Bill de Blasio was to reduce violence and improve police community relations. But things didn't turn out that way in 2014.

Eric Garner died after being placed in a police chokehold, and massive protests demanded the mayor hold NYPD officers accountable. Police unions were outraged with de Blasio, saying they didn't believe he supported them after the mayor admitted he warned his son, who is biracial, to be careful around cops.

"We've literally had to train him, like families have all over this city for decades, in how to take special care with any encounters he has with police officers," de Blasio said.

His first year in office ended with the assassinations of NYPD officers Rafael Ramos and Wenjian Liu by a man in revenge for Garner's death. Hundreds of officers turned their backs on the mayor during the funerals.

The mayor caved to political pressure and hired 1,300 additional cops in 2015. Some activists slammed him, saying this could mean more aggressive policing on the streets.

Stop-and-frisk was drastically reduced under the de Blasio administration. The mayor unveiled his own bail reform and reduction in marijuana arrests before the state passed similar measures. The mayor and the NYPD started the Neighborhood Coordination Officers program, in which cops fight crime and befriend the community.

The mayor relied on the NYPD for arrests and security after three terror attacks during his tenure, including the deaths of eight people run over by a pickup truck driver on a West Side pedestrian pathway.

Although there have been ups and downs, the mayor and the NYPD touted historic lows in shootings and killings in 2017 and 2018. In each of those years, there were fewer than 300 murders — numbers not seen since the 1950s.

Five years after Eric Garner's death, Daniel Pantaleo, the officer who put him in the deadly chokehold, was fired after an internal NYPD trial. Garner's family accused de Blasio and the police of still hiding all of the facts about the case.

De Blasio also had to deal with at least 10 officers dying by suicide in 2019. The police union once again blamed the mayor and other politicians for what it called a lack of support for cops and making the job too stressful.

The COVID-19 pandemic hit in 2020, and violence has soared in New York, like it has in many other cities for various reasons. In 2020, with daily massive protests after George Floyd's death, de Blasio found himself in crisis mode once again as he tried to support the community and cops.

As people demanded policing reforms, the mayor defunded the NYPD by a billion dollars, largely by shifting money and duties to other agencies. He also backed police officers, as many were hurt in clashes with protesters. But he even supported cops when they were overly aggressive, in some cases hurting protesters.

Throughout de Blasio's eight years as mayor, he enacted many criminal justice reforms helping communities of color. He also funded numerous police programs to strengthen the NYPD. But de Blasio clearly found out he couldn't please hardcore critics, whether they were cops or community members.