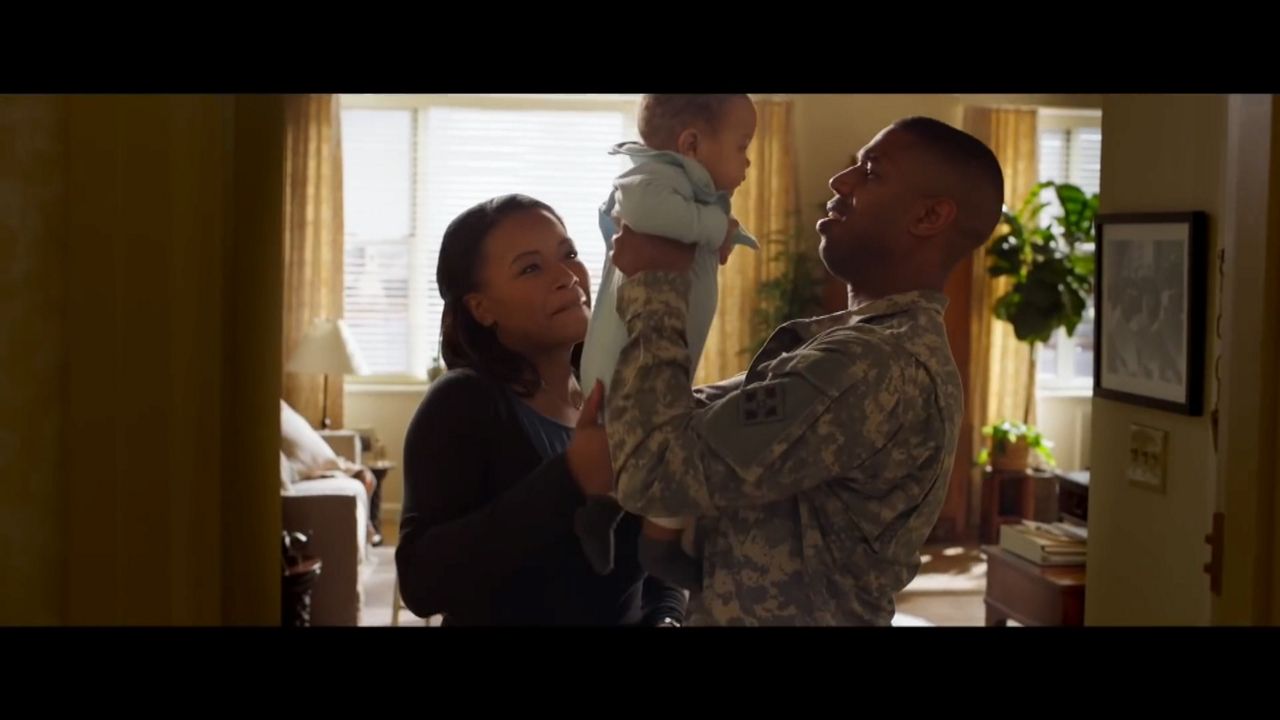 'A Journal for Jordan,' a true love story, opens

“A Journal for Jordan” is a film based on a real-life story directed by Denzel Washington. The story is about First Sergeant Charles Monroe King, a soldier who was deployed to Iraq.

While stationed there, King keeps a journal for his infant son. The movie is the fourth film directed by Washington. The film is based on the book of the same name, written by New York Times editor Dana Canedy. Washington said he chose the film because of Canedy.

“Her bravery, her strength, their story, their love — I was just glad to be a part of it,” he said.

Canedy said she agreed to have her book made into a movie for a reason.

“I did this movie because I wanted Americans to understand and feel viscerally what it's like when you open the front door and there are two soldiers standing there,” she said. “I wanted them to understand...the impact of that on the family that's left behind.”

"Black Panther" actor Michael B. Jordan takes his first romantic lead in this film about King.

“The story as a whole I think was super attractive to me,” said Jordan. “I think the fact that it was a real life story, the sacrifice that was involved, the tragedy, the love, the relationship, Denzel, I think just all ingredients involved...made this project something I really wanted to do.”

Canedy said she wanted the story of her life with King to be part of his legacy. She also wanted to honor him for the advice he left their son.

“He put on the last page a letter that basically said, this is everything I could think of to teach teach you to be a man, and I hope it make you proud," she said. "I wanted to make sure that his legacy and his message to the world was preserved and shared.”

“A Journal for Jordan” opened exclusively in theaters on Christmas.