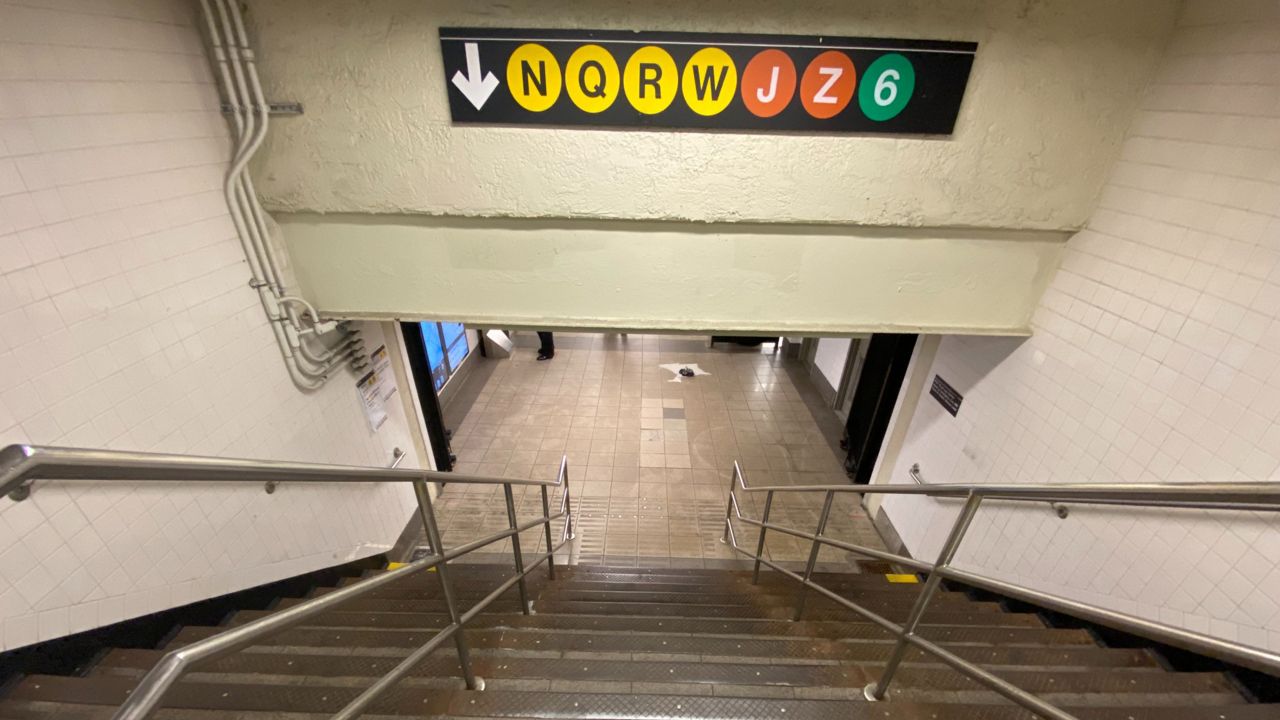 NEW YORK — A man has been arrested more than four months after he allegedly carried out an attack inside a Manhattan subway station that led to a Brooklyn mother's death, authorities said Saturday.


Htwe and her 22-year-old son were walking up the stairs to the street inside the Canal Street subway station around 9:40 a.m. on July 17 when Robinson approached her son from behind and grabbed his backpack, pulling him down the stairs, police and prosecutors said.

As Robinson pulled on the son's backpack, both he and his mother fell down the stairs, the NYPD said. Htwe died of complications related to blunt impact injuries to her head four days later, according to police and prosecutors.

Robinson told prosecutors he became angry and attacked Htwe's son because he believed Htwe's son had thrown garbage at him, according to the complaint. He fled the subway station after the attack and was only arrested on Friday afternoon, police said.

Asian community activist Moe Chan, who is a friend of Htwe's family, told NY1 he believed Robinson should have been charged with a hate crime.

After meeting through a Myanmar community support group about a year ago, Chan became friends with Htwe's son and husband.

Chan said Htwe's son is a college sophomore who lives with his dad in Brooklyn. He said he spoke with Htwe's son after Robinson's arrest.

Chan told NY1 the family of three immigrated to New York City from Myanmar in Southeast Asia about five years ago, not only for a better life, but to escape the extreme violence and human rights violations that have been associated with that country’s dictatorship.

The emotional scars from living in Myanmar became even more traumatic for the family following the tragic events of July 17, Chan said.

While the Htwe's son has recovered physically, Chan said emotionally, he is suffering.

“People who come from dictatorship nations always have this trauma of living in fear,” he said. “Now, having to go through this kind of tragic [incident], they continue to live in fear.”

In response to the arrest, the MTA released a statement: “Once again, it is clear that with cameras in every subway station, anyone who preys on transit riders can expect to be identified and face justice," the agency said.

Robinson was arraigned Saturday and is due back in court on Dec. 2. His attorney didn't immediately respond to request for comment.