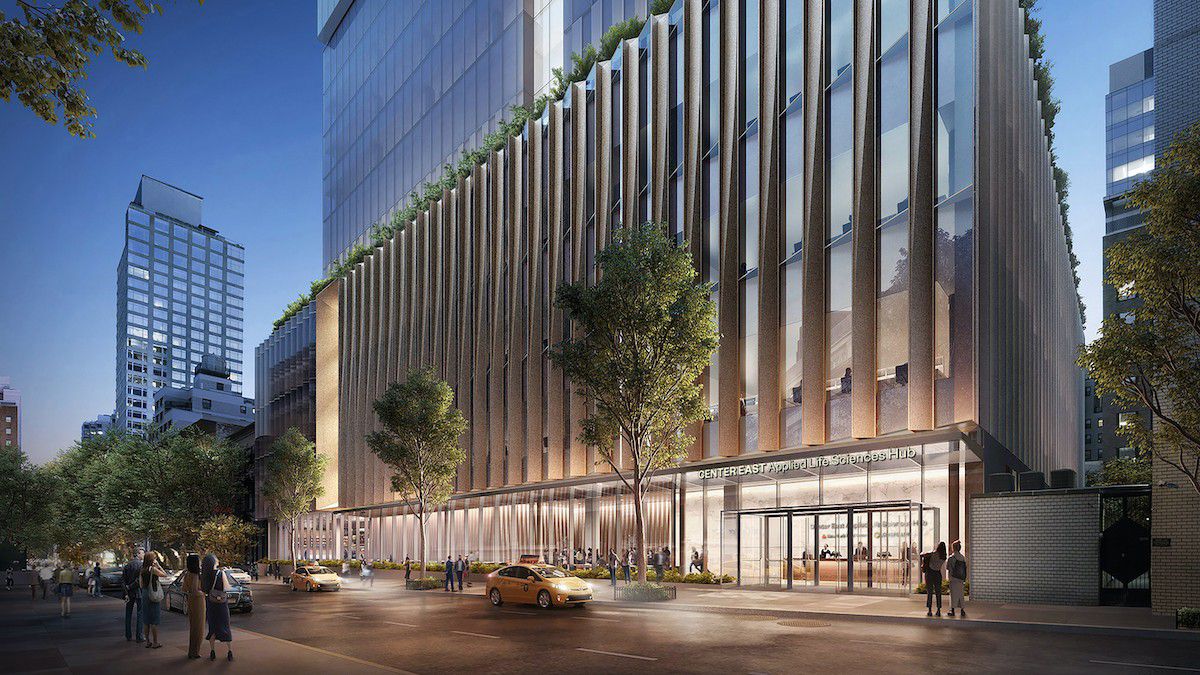 A rendering of the proposed tower that would house a New York Blood Center laboratory and potentially dozens of other life sciences labs and businesses. (Credit: Ennead/DBOX)

After plenty of pushback, the City Council approved the redevelopment of the New York Blood Center in Manhattan by a vote of 43 to 5.

Currently just a few stories on East 67th street, the Blood Center could rise to 233 feet tall under the plan approved by the Council. A third of it will be used by the center. The rest will be for life sciences companies.

And it could get millions of dollars in tax breaks as well.

The proposal created a great deal of debate.

Kallos, who represents the neighborhood, voted no. The Council’s decision to move forward without his support ended a longstanding practice of deferring to the local Councilmember on neighborhood development projects.

The Council’s leaders argued the proposal had a citywide benefit: the center supplies a vast majority of the city’s blood supply.

“It wasn’t just one day I woke up and said we’re passing the blood center,” said Council Speaker Corey Johnson. “It was a continuous conversation in the body to say this project has citywide importance because of what the blood center does.”

Providing crucial support for the project was the Council’s Black, Latino and Asian caucus, whose members said the center’s support for research and advocacy on sickle cell disease was important to the city.

“It’s imperative for people of color to get this done, to get this underway and get to the yes that we've all been looking forward to,” said caucus co-chair Councilwoman Adrienne Adams.

While the Blood Center vote took up much of the attention on Tuesday, the Council also approved the largest rezoning in de Blasio’s tenure — Gowanus in Brooklyn.

It will make way for thousands of new apartments, including massive redevelopment along the Gowanus Canal, improvements to the neighborhood’s public housing, and thousands of units of affordable housing.

“The Gowanus neighborhood rezoning shows it is possible for all New Yorkers to plan together for a more inclusive and sustainable future for our city,” said Councilman Brad Lander, who represents the majority fo the rezoning area. “It will show people will accept growth in their neighborhood if they’re a real part of the planning process.”