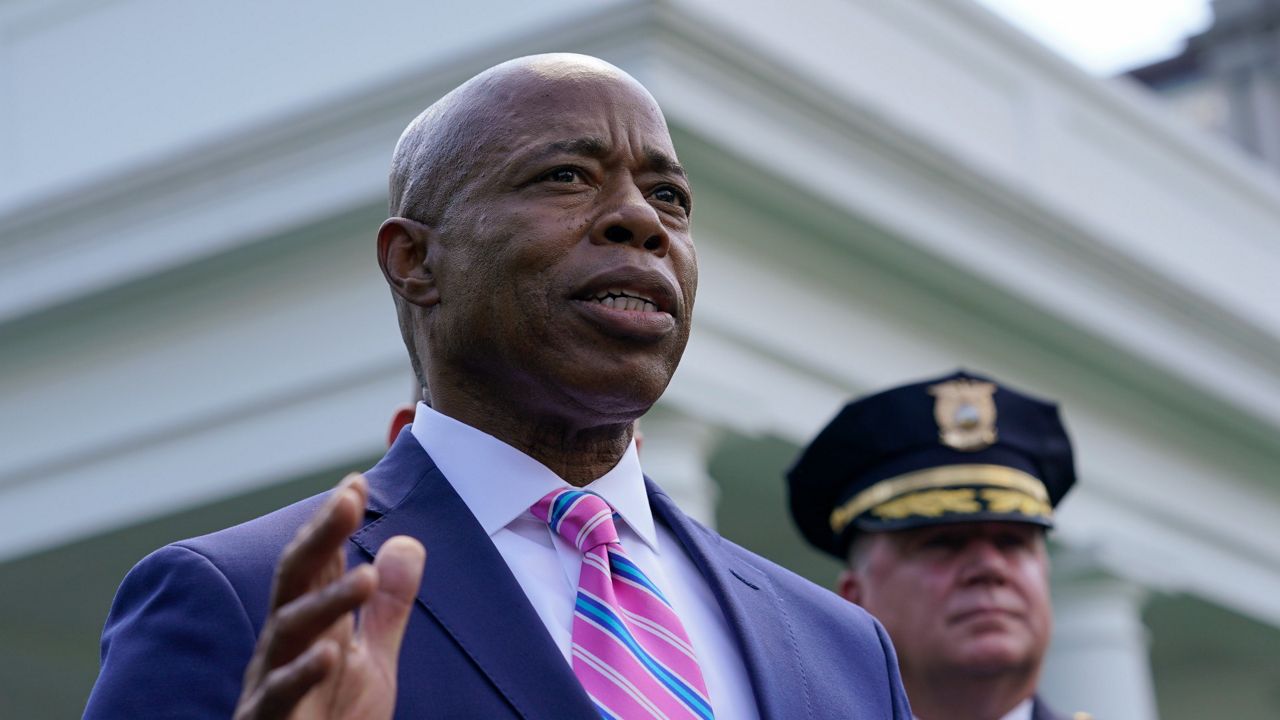 Mayor-elect Eric Adams, whose signature campaign issue was public safety, is expected to announce his police commissioner in the coming days.

"We want to do some stuff right after Thanksgiving," Adams told reporters this week. "We're going to acknowledge and announce some of the top positions."

Adams' pick to lead the department will be charged with enacting Adams’ public safety agenda and taking the reins of a department that finds itself at a crossroads.

The next commissioner will also be taking over at a time the city is seeing a sharp increase in shootings as the city seeks to bounce back from the pandemic.

Richard Aborn, president of the Citizens Crime Commission of New York City, told NY1 the next police commissioner will have a full plate from the start. He said he believes the best candidate will be a mix of effective communicator and qualified crime fighter.

"It is a monumental appointment and whoever he appoints will have monumental challenges," Aborn said.

Adams, for his part, has been conducting a nationwide search.

While it's not yet known who he will tap to lead America's largest police force, he has promised it will be a woman — a first in the history of the NYPD.

Maria Haberfeld, professor of police science at John Jay College of Criminal Justice, said the historical potential is significant and could serve as a morale booster for the department and for hundreds of women within the ranks.

"The NYPD is a department that was established in 1845, never had a female commissioner," Haberfield said. "It's a morale issue, people want to see an insider rise to the ranks of commissioner."

Adams, a former police captain, has said he is looking for more than just policing experience.

"It's not just academics, it's about emotional intelligence and compassion and we're going to look at the best talent," Adams said.

Adams is also getting help from some seasoned veterans of the force, including former police commissioner Bill Bratton and Phil Banks, a former NYPD chief who stepped down in 2014.

Shortly after Banks' retirement, it was revealed the federal government was investigating him as part of a widespread bribery and corruption case within the department. Banks was never charged with any crime and he's denied any wrongdoing.

Adams has a few choices should he decide to appoint someone from inside the NYPD. Chief of Department Juanita Holmes, Chief Judith Harrison, Deputy Chief Donna Jones and Chief of Transportation Kim Royster are all being considered.

The women already are part of a history-making slate, they've all broken the glass ceiling of the NYPD when they were promoted to high-ranking chiefs.

On the outside, Adams is looking to cities across the country, including in Philadelphia, where Danielle Outlaw currently serves as Police Department Commissioner.

Sources say Adams is also seriously considering Carmen Best, the former chief of police in Seattle, who resigned from the department last year after the City Council cut the police department's budget.

"As an outsider you can bring in a broader range of thinking," Aborn said. "You have no institutionalized loyalties or things that you think you have to do, that gives you a bit of a clean slate."

With more than 36,000 officers and 19,000 civilian employees, the NYPD dwarfs Seattle and Philly's departments, creating a learning curve Adams will have to consider. But it might also offer a chance for him to wield outsized influence over the city's top cop.

Adams has said he expects to make an announcement after the Thanksgiving holiday. Phil Banks, who is helping lead the search is also the brother of David Banks. He is considered a heavy favorite to become schools chancellor.