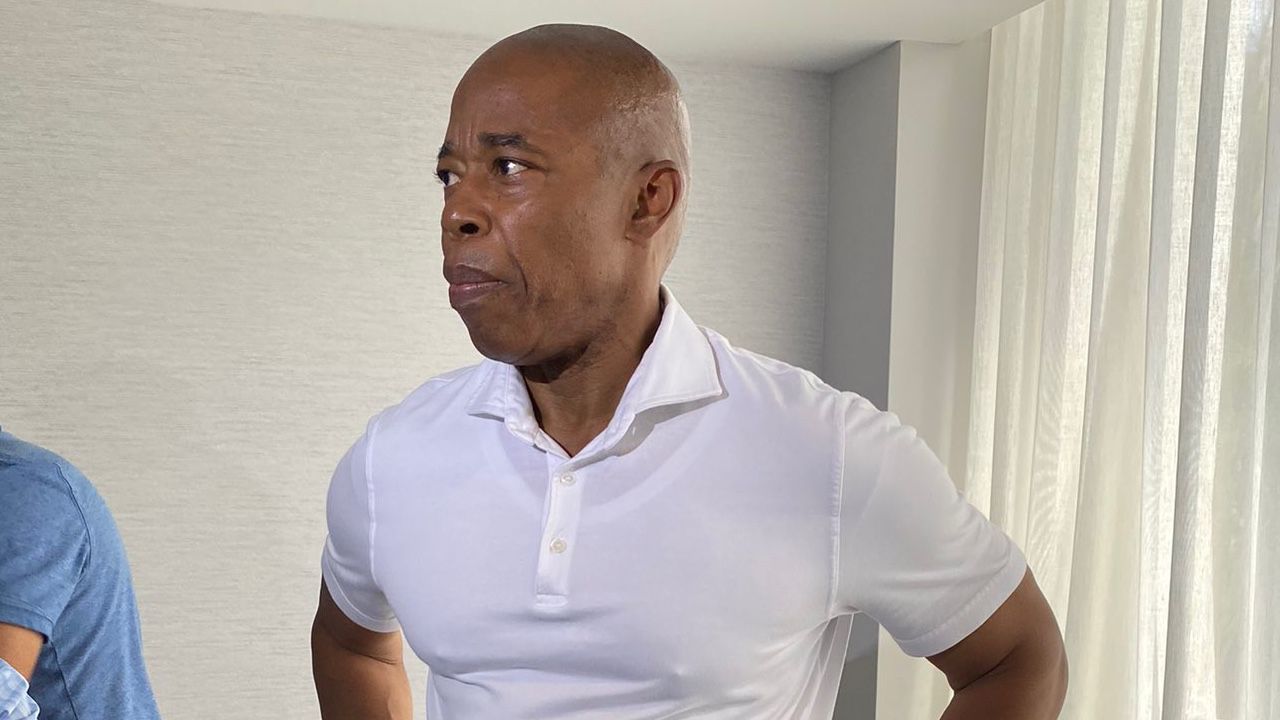 Mayor-elect Eric Adams made some waves at a conference in Puerto Rico on Friday, criticizing Mayor Bill de Blasio for billing taxpayers for the cost of traveling to the event

“My dollar, my time and my dime,” Adams said to a throng of reporters that gathered not far from the pool at the El San Juan Hotel.

“I’ve learned the best way to tell people to mind their business is for it to come out your pocket and cut your own check, so I’m here on my time.”

Adams then doubled down on a promise to embrace Bitcoin – a volatile and unpredictable cryptocurrency. Adams said he plans to receive his first three paychecks in Bitcoin.

“This is a clear signal from me that I’m not playing,” Adams said. “We have become too afraid as a city, we have become a culture of no, we turn down everything.  I am stating that I’m willing to look at this new form of currency, I think the country and the globe is moving in a different directions in ways to pay for goods and services.”

Adams also castigated Democrats after losses across parts of the city and state on Tuesday, saying some in the party have lost touch with the issues affecting New Yorkers.

“I just believe we don’t have our finger on the pulse of everyday Democrats,” Adams said. “And even the purple areas, some don’t want to disband police departments, they want police officers to do the job.”

It was all in a day’s work of politicking, deal-making and selfie-taking on the enchanted island.

Fresh off his win on Tuesday, Adams was greeted like a celebrity nearly everywhere he went. Supporters lined up for photos, lobbyists whispered in his ear, City Council Speaker candidates posed for photos and some simply settled for handing over a business card.

Through the frenzy, Adams seemed to bask in the glow of the Caribbean sun and his win, promising a mayoralty the city has never seen before.

“Yes I do go to Zero Bond,” Adams said in reference to an exclusive club he frequents, including the night of his victory. “And yes, I do go out to Sugar Hill on Nostrand Avebue, and yes I do go out with the boys at night, but I get up with the men in morning. There’s never going to be another mayor like me.”

Despite his dig at Mayor de Blasio earlier in the day, Adams also took a moment to praise the legacy of his soon-to-be predecessor. He credited him with raising issues around income inequality and successfully installing a universal pre-K program.

While Adams mingled in the crowd, de Blasio insisted to reporters that his trip to Puerto Rico was not political in nature.

Asked to justify why city taxpayers should foot the bill for his travel, de Blasio said that the conference offers him an opportunity to work on the priorities of constituents backs home.

“We are non-stop doing work on the issues, literally all the time,” de Blasio said. “I’ve had meetings since the moment I got here about issues and concerns in our community.”

As for his political future, de Blasio has made it clear he is considering a run for governor. Although he has yet to make a formal decision, he certainly sounded like a candidate addressing a gathering of New York Democrats.