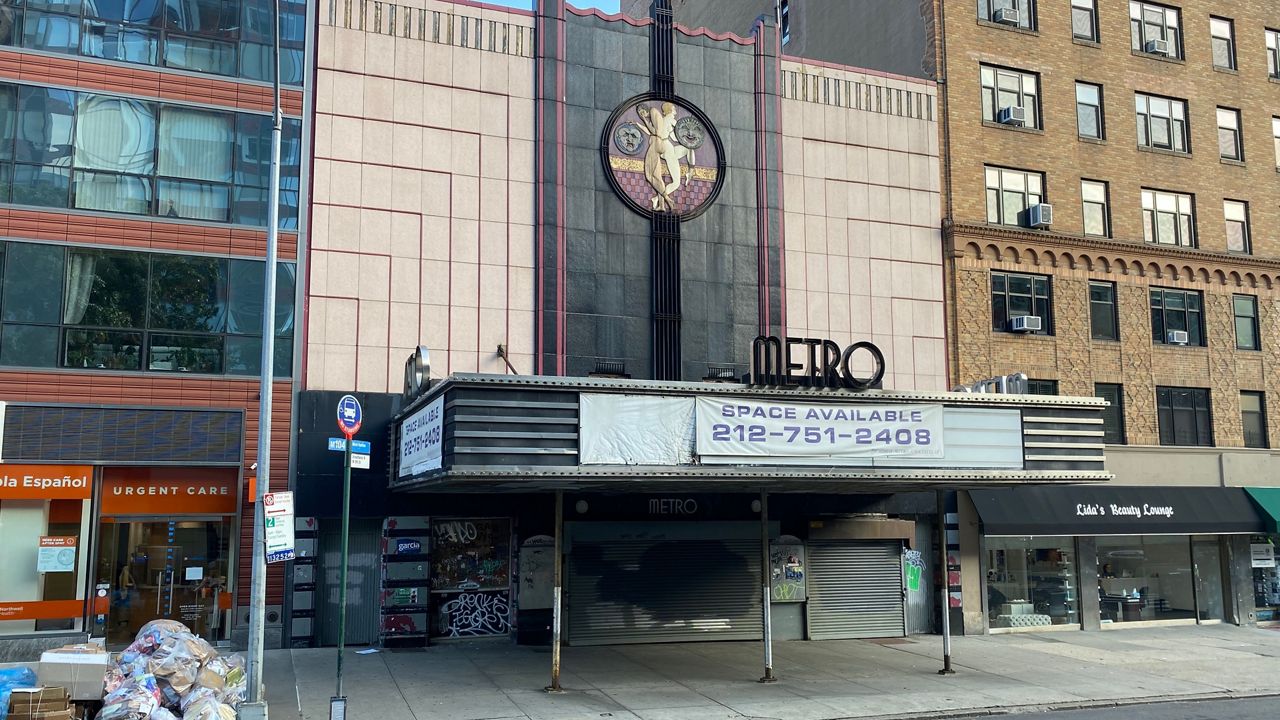 The Metro Theater on the Upper West Side. Photo by Edric Robinson.

Keith Harris has fond memories of the Metro Theater on the Upper West Side. It’s been closed now for 16 years.

“The line went from the ticket box here all the way around to Amsterdam Avenue,” Harris said.

At 10 years old, he saw the movie Batman there. Harris says he and others in the neighborhood want those good ole days back. They’re pushing to reopen the theater.

“We imagine the place to become a community center or a community arts theater or a high technological hub,” Keith said.

By we, he means the Friends of Metro Theater, a community group. They’re actively working to reimagine the space, canvasing community input at a fair on the Upper West Side last month and rallying the neighborhood for support.

The group’s change.org petition has garnered over 3,000 signatures.

“People are super supportive. They’ve been waiting for years for this thing to reopen and happy to see a group coalescing around the effort and I think it’s going to be an amazing resurrection,” said Craig Sumberg, board president of the Friends of Metro Theater.

Many walking by the theater on West 100th Street and Broadway agree.

“I was just sitting here looking and I said, ‘Nobody has done anything with this theater.’ This is valuable property here,” said Walter Alexander, who supports community theater restoration.

The venue opened as the Midtown Theater in the 1930s. Today, the inside is gutted, but the building’s art deco facade and marque is a historic landmark that cannot be altered.

Current owner Albert Bialik says he’s been in touch with the grassroots group and says the property does have a lease pending. He’s betting that everyone will be happy with the new tenant once announced.

Harris says he’s heard about offers for the space throughout the years but nothing has happened. He’s worried that people will lose interest.

“The further we get away from its hay day, memories fade,” Harris said.

And those memories, he said, is the reason why he’s pushing for its return, so kids in the city can build new ones here.