BROOKLYN — Eric Adams agreed to meet NY1 for an interview in Brooklyn about gun violence and police accountability. The meeting was set for the plaza area in MetroTech, but earlier that afternoon someone fired shots two bocks away on the Fulton Mall.

When the interview was set to start Tuesday afternoon, the crime scene was still very active with several NYPD officers in the area, but it made for a prescient backdrop as the Democratic mayoral candidate spoke with NY1 Criminal Justice reporter Dean Meminger about his plan to stop violence if he's elected on Nov. 2. 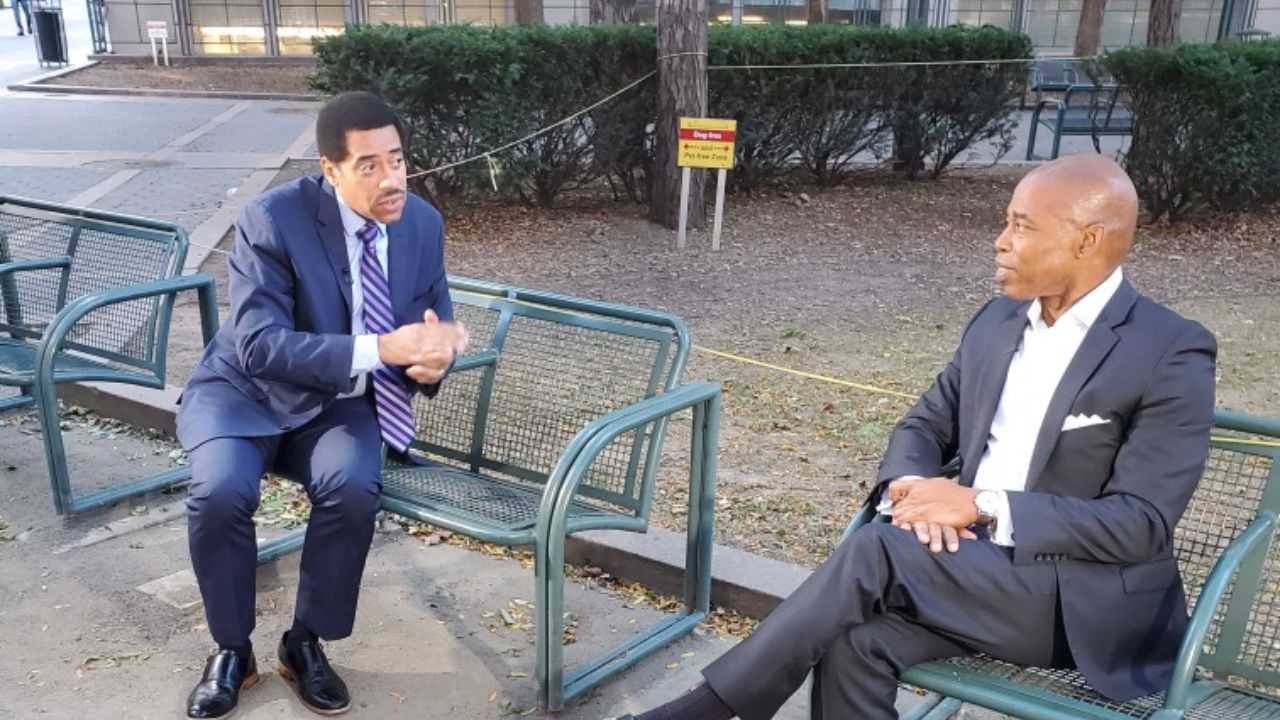 The two spoke about numerous criminal justice issues. Watch the video above for the full interview.