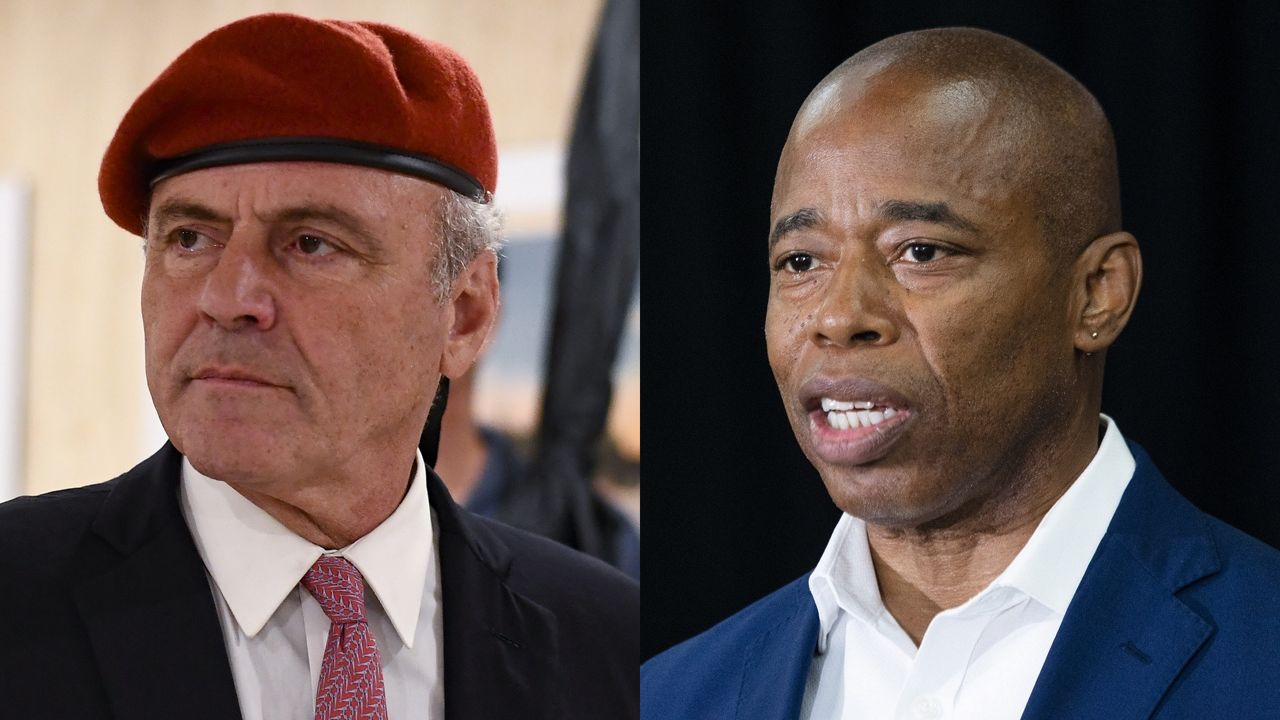 Sliwa and Adams face off in first mayoral debate

For the first time in this general election campaign season, Democrat Eric Adams and Republican Curtis Sliwa faced off in an hour-long debate on WNBC that covered many of the serious issues the city faces, including whether they supported the new vaccine mandate for city workers.

Adams supports it. Sliwa does not.

"I believe the mayor's action today was correct," Adams said. "I would have handled it differently."

"I disagree with Eric," Sliwa responded. "I feel we don't have enough police officers as it is."

With the city overwhelmingly Democratic, Adams is widely seen as the favorite in the race. Still, Sliwa has had a long history in New York — a known face for decades. That history is something Adams tried to turn to his own advantage, including raising a controversy from 1992 when Sliwa admitted to faking crimes as the leader of the Guardian Angels.

"He made up crimes, New Yorkers. That in it of itself is a crime," Adams said.

Sliwa responded, arguing he was young and immature. It was mistake, he said.

Adams, too, faced tough questions about his residency and issues with his taxes. He continued to say he lives in his brownstone in Brooklyn, not in an apartment in New Jersey with his girlfriend (the subject has been a running controversy in the mayor's race this year).

It was clear the candidates differed on what direction they want to lead New York, from whether to remain a sanctuary city — Curtis said federal immigration officials should have a role in the city, Adams argued the city should keep the title — to whether kids should be required to be vaccinated against COVID-19 to attend public school.

Sliwa does not support such a measure.