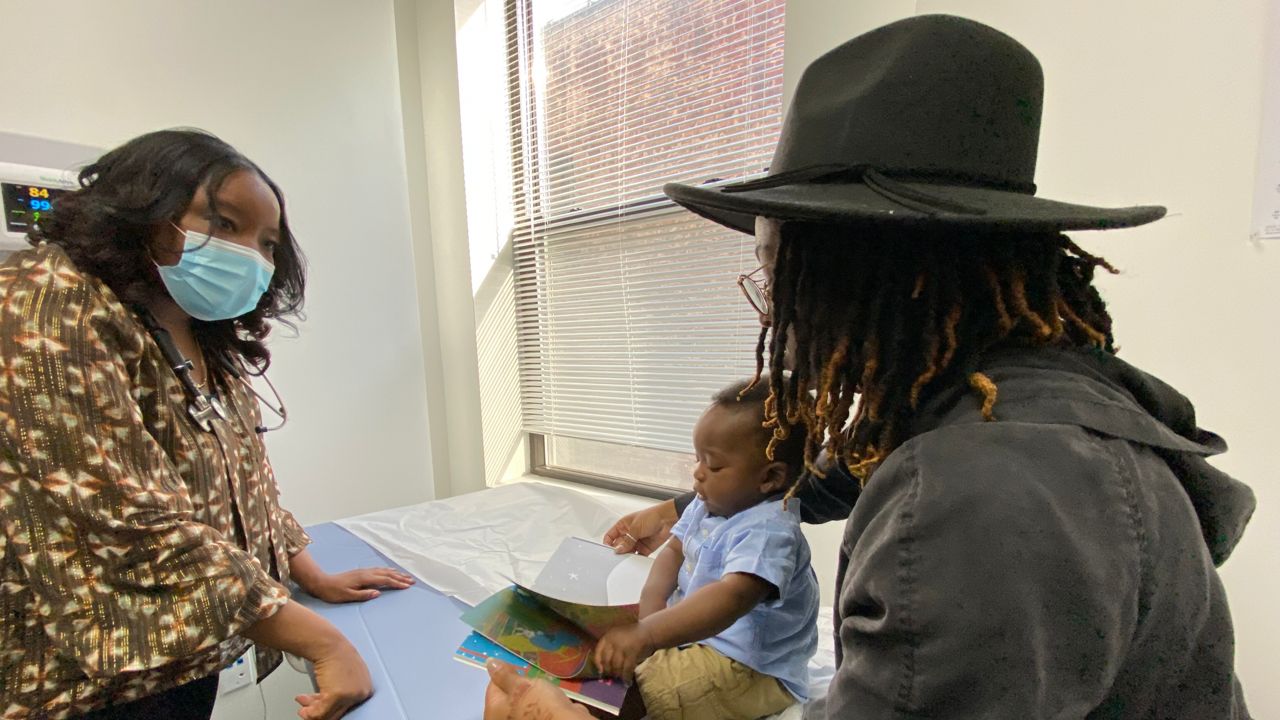 Each year, the winner of the David Prize receives $200,000 to expand their vision for a better, more equitable city. Following the announcement Tuesday of this year’s winners, NY1 is checking in on a pediatrician who was one of last year’s recipients, to see if her vision for a better New York has come closer to being a reality.

“We have to make sure you’re not still congested,” said Dr. Suzette Brown, as she examined 11-month-old Logan Apollo Samuel-Guerrier for a checkup.

Over the past 11 months, Crystal Samuel and Hosnel Guerrier of Briarwood have come to rely on the staff at Strong Children Wellness for quality pediatric care for their son Logan.

“Especially as a new parent, I worry about every little thing,” Samuel says, “and they never make me feel like it’s a burden at all.”

Thanks to a collaborative and integrated approach, workers at Strong Children Wellness on Jamaica Avenue have connected families like Logan’s to a wide range of community services, including therapy, that are all located on the same floor.

“I have my son here. I’m doing therapy here,” says Guerrier. “We also just signed on to do patient care here, so they’re our primary doctor, which is pretty awesome to have everything coupled in the same location.”

This holistic approach to address the needs of children and their parents is exactly what co-founder Brown envisioned for Strong Children Wellness when it opened its door during the pandemic in August of 2020 in Jamaica, Queens.

When NY1 first spoke with Brown a year ago, she had just been named one of five recipients of the very first David Prize.

Her life since then has seen dream after dream come true.

“It’s just been absolutely transformational,” says Brown. “The funds really helped on-board the staff we needed to really bring this model to life.”

The David Prize is now handed out annually to trailblazing New Yorkers who are working to improve the city.

Brown, who lives in Clinton Hill, Brooklyn, says with the $200,000 that she received in prize money, Strong Children Wellness was able to hire a handful of staff members, including a family navigator, who she calls “the glue” to help patients to schedule appointments and find information in a health care system that she compares to a maze.

Brown also believes the David Prize has greatly reversed her luck when it comes to securing future funding from investors.

“We just needed that one vote of confidence,” says Brown. “It was tremendous validation that this model could in fact be successful and impactful, and I feel like it’s now starting to play out, and we’re able to manifest that vision.”