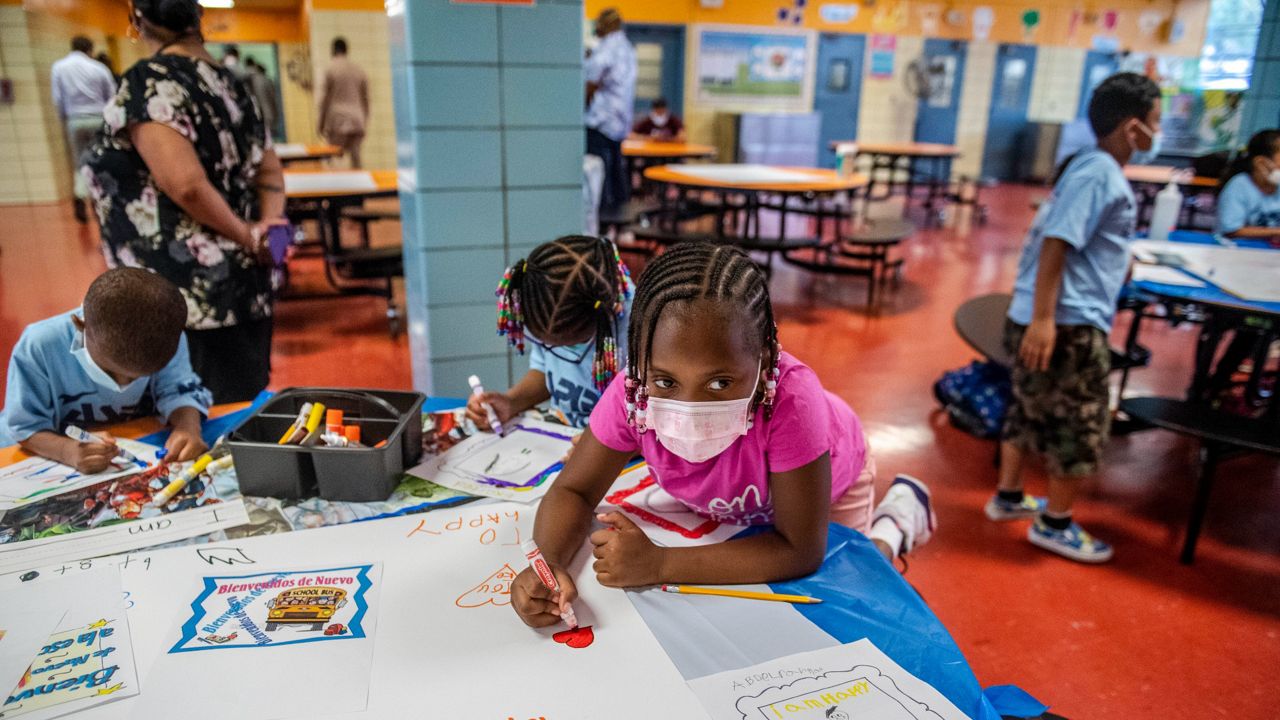 Mayor Bill de Blasio says he’ll consider parent input in his plan to phase out gifted and talented classes. But some supporters of the programs say the mayor's promise to get their input is too little, too late.

"Instead of parent engagement, we got an announcement late Friday night, right before the three-day weekend. That is no engagement,” Phil Wong, the president of Community Education Council 24, said at a rally outside the education department’s headquarters.

While the city will hold parent meetings across the city this month and next, the plan already has a firm blueprint.

It will end the separate gifted classes and the test taken mostly by four-year-olds that has determined admission to them, and instead offer accelerated instruction for all kindergartners. Entering third grade, children would be screened for further, tailored accelerated learning, but they'd remain in mixed-level classrooms.

In response to questions from NY1, the mayor defended the timing of his parent outreach.

"To some extent, either way there is a challenge. If you don't present a plan, people rightfully say, ‘Where's the plan to respond to?' If you do present a plan, people say, 'Oh look, there's a plan already.' But we mean it. We want to go out and have the engagement. We want to explain the thinking, hear the critique, hear the ideas,” de Blasio said.

While parents who support the programs are skeptical this mayor will listen to them, they're hopeful the next mayor might.

Brooklyn Borough President Eric Adams, the Democratic nominee, says the system as it stands is segregated, but that he wants to do his own outreach to parents and educators.

"I'm going to expand opportunities for those children who are accelerated learners, and those who have impediments to learning. That is my goal. So I am going to reserve my right to look at the mayor's plan, look through it, but to look at, roll out my plan,” Adams said.

De Blasio says that's only natural in a city with mayoral control over schools.

But he believes parents — and Adams, if he's elected — will be won over by the plan, which he says will reach many more children.