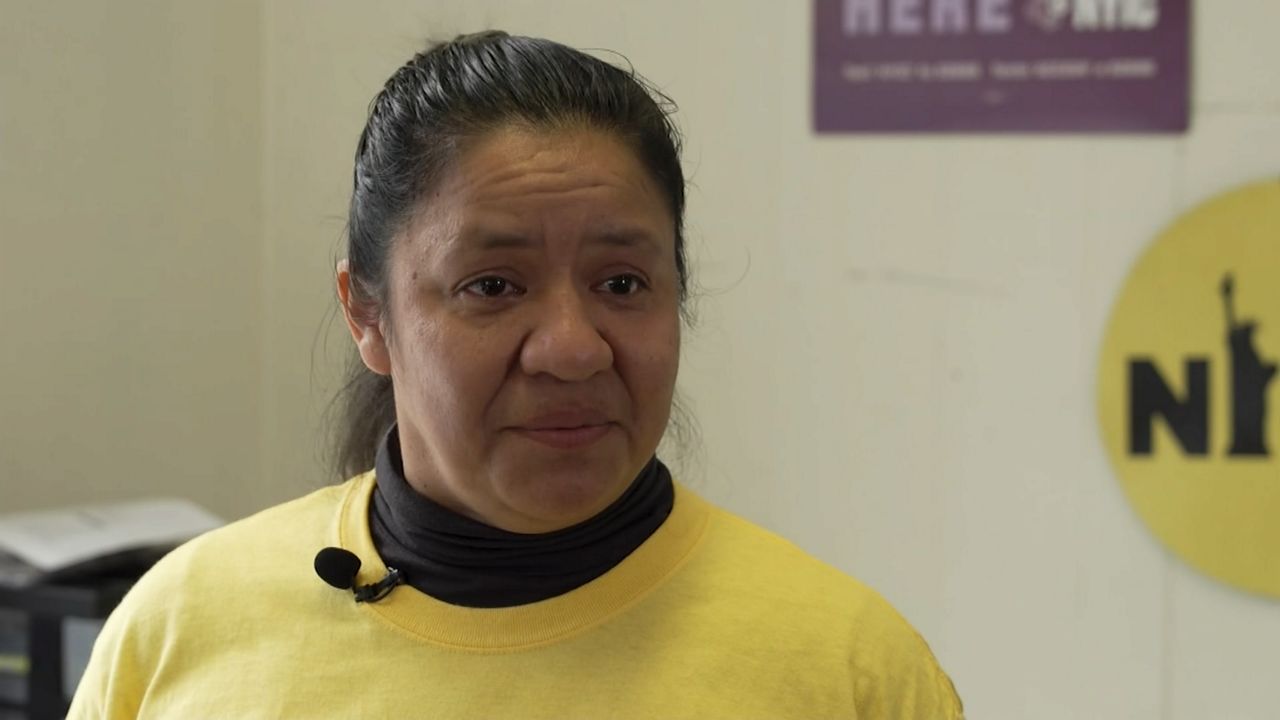 "I don't know, I was walking. I was walking aimlessly, looking for work,” said Ramos. “And I found there was a line, there were people, so I approached them.”

She says the bright yellow t-shirts worn by NICE — or New Immigrant Community Empowerment volunteers — first caught her attention. She found the group when she needed help the most.

At the time, COVID-19 was running rampant through Queens.

"We were caught off guard,” said Ramos. “I didn't think I was going to do something like that. Why was I taking it? I heard about coronavirus, but I thought it was like a game, like a flu-like illness. I don't know, but unfortunately that pandemic touched my family. So we all had to stay at home locked up, but I didn't have the luxury of staying at home.”

Her brother, 42-year-old Juan died from COVID-19. She believes he contracted it while cleaning a restaurant. An ambulance took him to Mount Sinai Queens on March 23, 2020 — 24 hours later, he was dead.

"His dream was to work, to have his papers. He wanted to go to Mexico. So he hadn't been there for 30 years and he wanted to go, but unfortunately he spent his life working and that was it, that was his routine, he would come home, go to sleep, wake up and go back to work,” said Ramos.

​NICE helped Ramos bury her brother and provided her with free classes to get an Occupational Safety and Health Administration certification. That helped her find a new job cleaning construction sites.

Ramos was inspired by the work NICE is doing in the community.

"I started working with them as a volunteer, helping out. I liked it a lot. It was an altruistic way for them to help people,” said Ramos.

During the pandemic, NICE’s mission to improve the lives of immigrants — particularly day laborers — became an emergency situation. Volunteers began distributing food and supplies to families in need.

While the lockdown is over, NICE continues to advocate. A big focus is on the state’s Excluded Workers Fund right now. It provided relief for undocumented people who are not eligible for other programs due to their immigration status.

For volunteers like Ramos, advocating for immigration reform is a personal fight, one she continues in her brother’s memory.