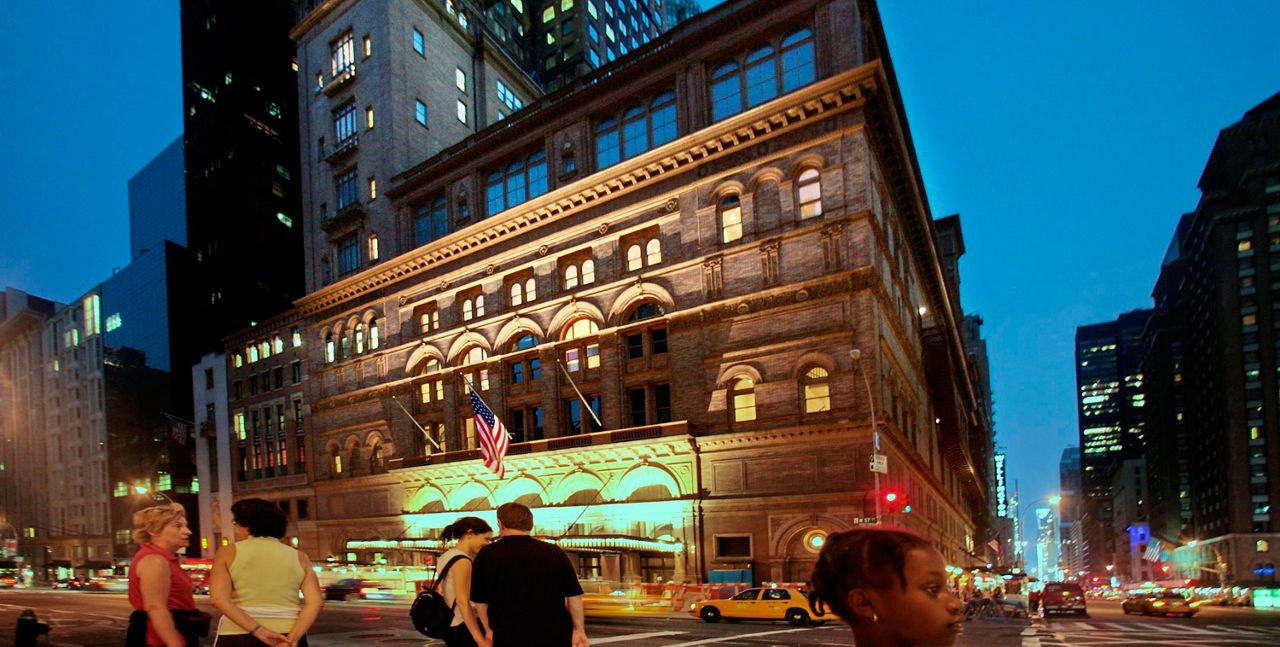 Carnegie Hall will reopen tonight to music inspired by the 7 p.m. cheer

NEW YORK — When Carnegie Hall reopens Wednesday night, after more than 18 months in the dark, it will be filled with music by New York composer Valerie Coleman whose work was inspired by the the times; specifically the nightly ritual that became music to the ears of so many essential workers at the height of the pandemic — the 7 p.m. cheer.


It inspired Coleman, an acclaimed New York flutist and composer Valerie. She wrote Seven O’clock Shout for The Philadelphia Orchestra for a virtual performance last year.

“Because my heart was clanging those pots and pans with everyone so it hit the core of who I am," said Coleman.

And now Seven O’clock Shout will be the very first music heard inside Carnegie Hall since it closed abruptly in March 2020 because of the pandemic. The work will be performed by The Philadelphia Orchestra.

Coleman says the music reflects both the isolation of quarantine and that nightly outburst of support.

NY1 caught up with Coleman inside Carnegie Hall’s archive, where archivist Kathleen Sabogal was asking Coleman for a quote about the work, saying it was important to gather that kind of information from living composers.

“It means so much. It tells me this piece has a place in the cannon," said Coleman. "It tells me the message for the piece of solidarity, that we can survive this pandemic,  and this message of humanity is something that aligns with Carnegie Hall and Philadelphia orchestra. I think when that happens from a musical standpoint it moves mountains. It’s magical."

Coleman had left New York City for a teaching position in Miami but has recently returned with her husband and daughter. She’s now teaching at Mannes School of Music at The New School, working on a commission for the Met Opera and making history at Carnegie Hall. And Seven O’clock Shout was supposed to just be the working title.

“And I was about to name it 'Anthem For Unity' because I really wanted to make sure people got it right from the beginning," said Coleman. "But one of the artistic directors at The Philadelphia Orchestra said, ‘No, no, no, keep Seven O’clock Shout, that’s the title we want to have’ and I think that does actually resonate because there’s a visceral reaction to the word shout, so it works."

You can watch the concert live at carnegiehall.org at 7 p.m. It’s \one more chance to bang your pots and pans and cheer along with our fellow New Yorkers.