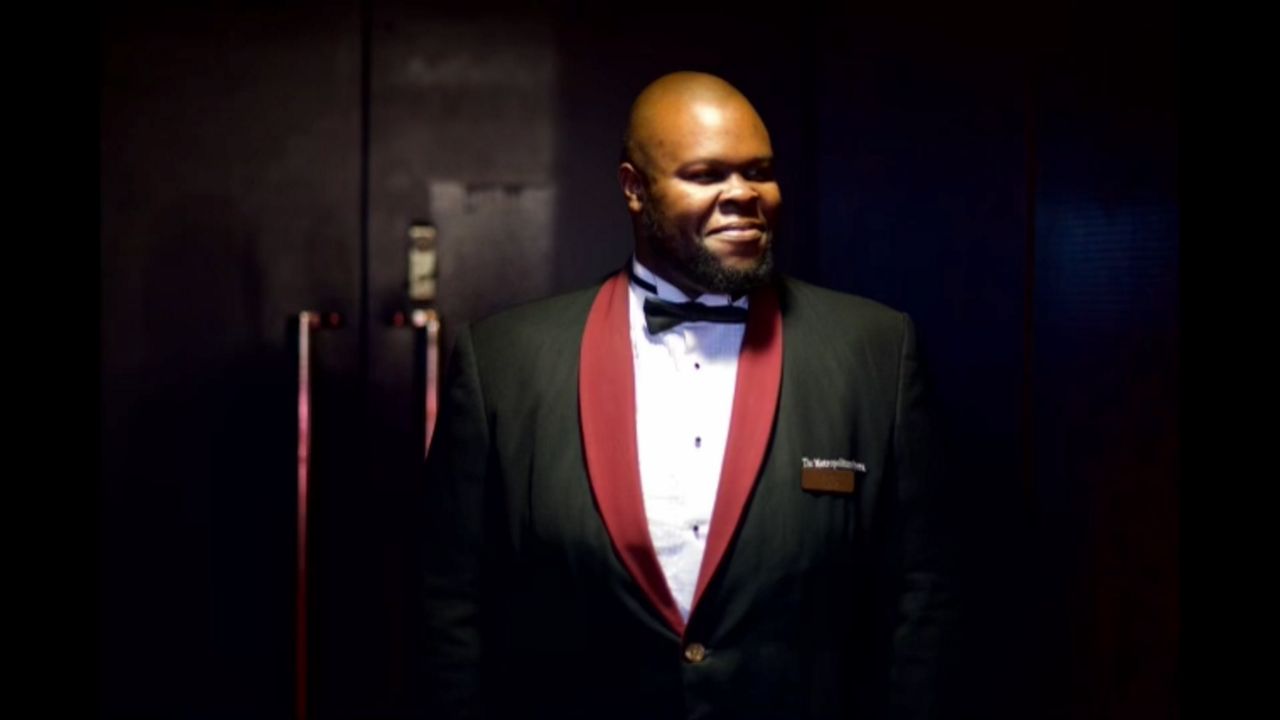 Tshombe Selby, an usher at the the Metropolitan Opera. Photo courtesy Ted Alcorn.

As Met Opera reopens, an usher reflects on his big break on the stage

Tshombe Selby moved to New York City in 2013 to pursue a career in opera, and landed a job as an usher at the the Metropolitan Opera.

"That was my first big break becoming an usher because I can be in the house all the time and just have the culture seep into my pours," said Selby.

Moving through the aisles of the opera house, it’s clear Selby feels at home at the Met.

In early 2019, Selby got the call to be in the ensemble for The Ring Cycle and Porgy and Bess.

"So that was really an, Oh Man, just changing your life. You’ve tried to get to the top of Mount Everest, the Met Opera is the peak of Mount Everest for the opera world," said Tshombe.

But the following year the pandemic hit and shut everything down. Out of work, Selby says times were so tough he was only able to stay in New York with the help of others. Now, he's back and cast in “Fire Shut Up in My Bones.”

It’s season opener and the first opera at the Met composed by an African-American, Terence Blanchard. The work is based on the memoir by New York Times columnist Charles Blow about the traumas of his youth.

"We get to play someone who we are. You get to play character in Puccini people from Italy and France, but to play an African -American — you are an African-American,” said Selby.

Today an accomplished tenor, Selby grew up in North Carolina, started singing at church as a child, and aspired to be a music teacher. Seeing YouTube clips of Luciano Pavarotti changed everything.

"Opera is special because it’s speaking to the soul. It’s also church. And not everyone can do it and that is also beautiful. If you have the talent and you’ve gotten the gift, it’s a beautiful thing to be able to give the gift that God has given you to sing on the operatic stage,” effused Selby in the lobby of the opera house.

We asked if he ever looks towards Orchestra North, his usher section when he's on stage.

"I can hardly look back here because I would probably be in tears; because I have stood here many evenings for rehearsals after coming from my own voice lessons not knowing if I would ever make it," said Selby back inside the concert hall.

Despite his success on stage, Selby still enjoys his work as an usher. He’s finishing his masters in opera at SUNY Binghamton and he says if there are any other jobs here the Met, he’d take them, too.

"This is a sanctuary. People come here from all around the world to be at the Metropolitan Opera House," said Selby with a smile.

And a seat in Orchestra North might be extra special.