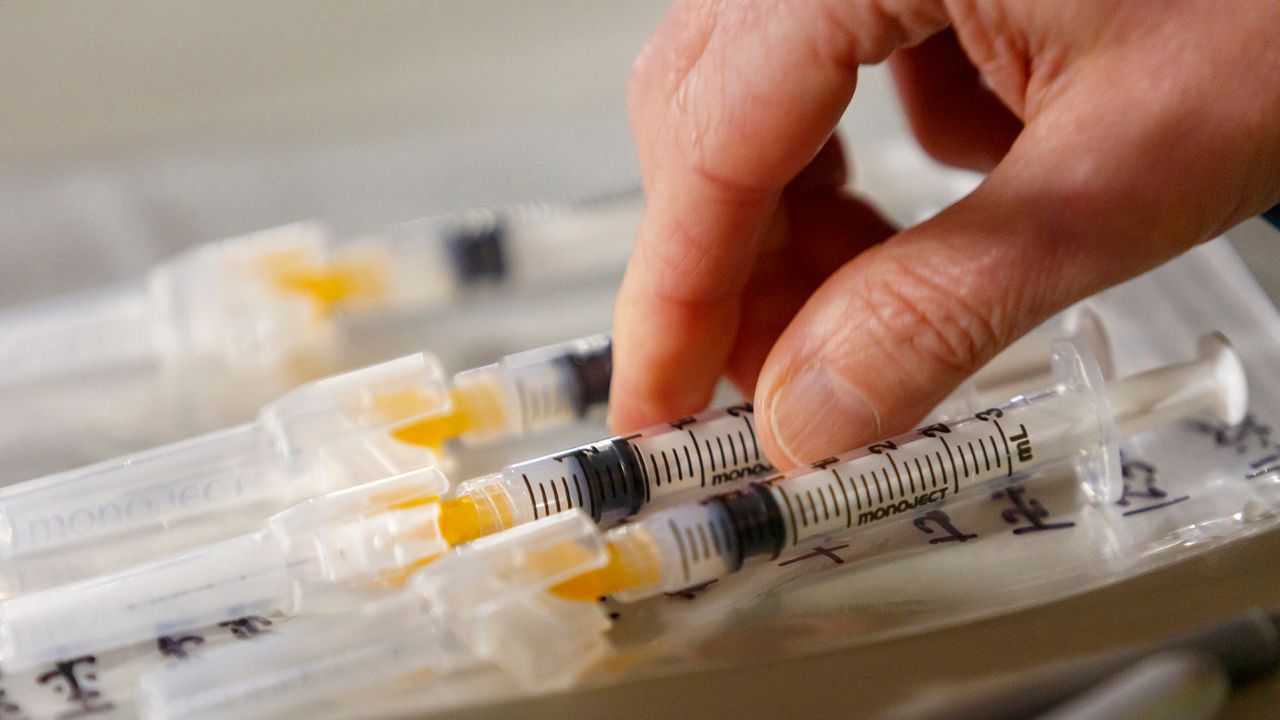 The city’s teachers' union says it’s at an impasse with Mayor Bill de Blasio’s administration over one aspect of the mayor’s school staff vaccine mandate: What happens to teachers who have a medical reason they can’t get the shot?

On Thursday, the United Federation of Teachers filed a request with the state’s Public Employment Relations Board, asking them to mediate the dispute.

“The city’s decision is to remove them from payroll," union president Michael Mulgrew said. "That is disgusting as far as I’m concerned."

Mulgrew says the city’s negotiators told the union on Monday that teachers with a medical reason not to get the vaccine can use sick time, and after that, would go on unpaid leave.

Mulgrew says the dispute won’t disrupt the start of school, with the mandate not taking effect until two weeks later. He says he doesn’t know how many teachers have valid medical reasons not to get the shot, in part because talks broke down before the parties negotiated which medical conditions would qualify.

“We never got to that, because their position was even if we grant it, we want to remove them from payroll,” he said.

Health experts say there are few valid medical reasons a person could not get the shots.

The UFT says it’s also at odds with the city over offering medical accommodations to immunocompromised teachers whose doctors recommend they stay home, even after being vaccinated.

Mulgrew argues they, and those who medically can’t get the shot, could remain on payroll doing non-classroom work, such as virtually teaching students receiving home instruction or curricular development.

A Department of Education spokeswoman says the city will continue to negotiate with the UFT to reach a successful agreement.