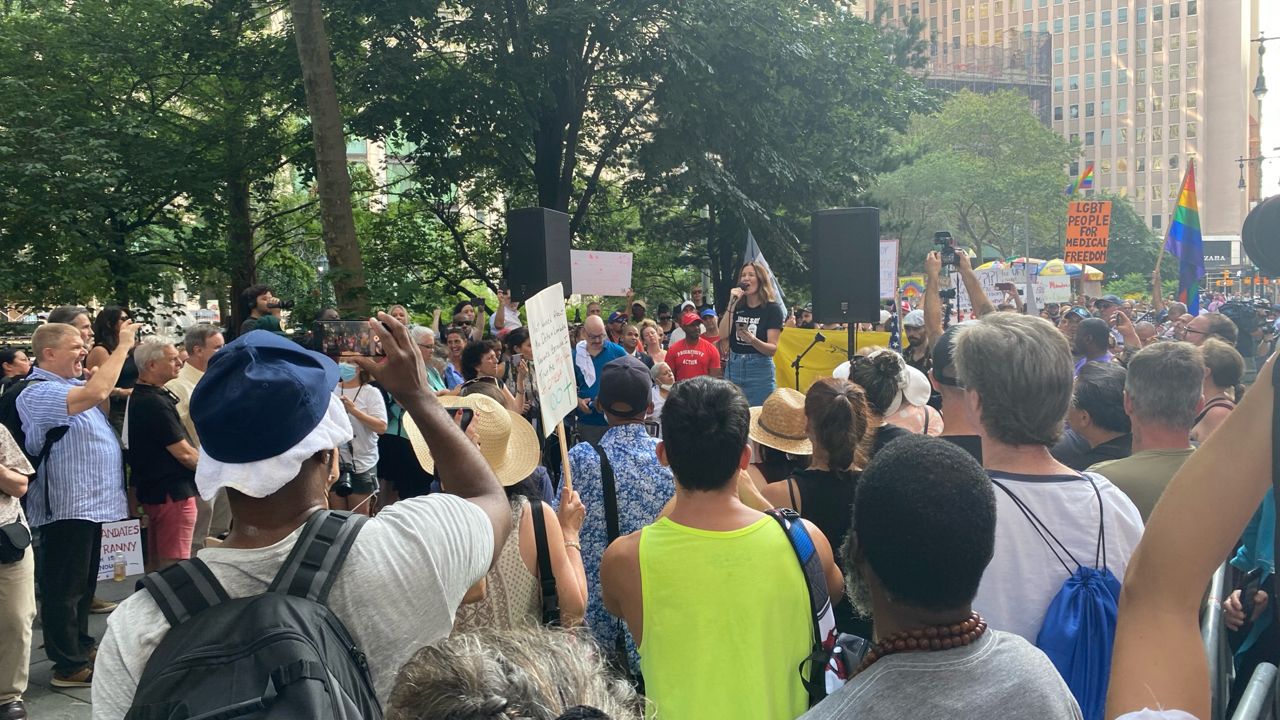 Mary and Angela Salomone are sisters from Queens who work in public schools in Brooklyn. On Wednesday, they attended a rally in protest of the city’s new COVID-19 vaccine mandate for teachers and school staff.

“I was very, very depressed because I don’t have any intention of getting the vaccine,” Mary Salomone said.

They acknowledge they're at risk of losing their jobs.

“I’m the bread winner of my family. I’m going to lose my health insurance, my union doesn’t support me,” Mary Salomone said. “I’m starting my 29th year teaching. I’ve paid union dues throughout and I don’t know what to do. What happens, how do I pay my mortgage?”

“I need my income. I need my health insurance,” Angela Salomone said. “So hopefully it won’t come down to having to get the vaccine.”

The new policy announced this week requires public school teachers and staff to get their first shot by Monday, September 27th. Other public employees can avoid a shot if they get weekly tests.

Michael Kane, a city teacher who founded New York Teachers for Choice, was the MC for the event that attracted all kinds of public and front line workers, as well as vaccine skeptics who tried to sow doubt in the lifesaving drug.

“We are putting this event on today along with many rank and file union members who‘ve contacted me, who have come out here and who have said no to forced-vaccine mandates,” Kane told the crowd.

The issue is important enough for teachers from Staten Island, like Karen Esposito, to attend the protest.

“I’m all for safety and everything. This is not about education, this is about control,” she said.

Teachers at the event said they don’t feel their union, the United Federation of Teachers, have their back on this issue.

“So many other unions are out there saying that they’re gonna fight for this not to happen to their workers and our union’s not doing that, it’s disgusting,” Lauren Van Sise said.

The mandate may be the end of Roxanne Valdez’s new career as a teacher for special needs children.

“Yes. I’m willing and it cost me a lot to become a teacher,” Valdez said. “Especially because I’m a Latina, passing those state tests, doing a whole career all over again. Being a teacher is my second career.”

A de Blasio spokesman in a statement said, “New York City’s vaccine mandates have been replicated across the country because they save lives and protect all of us. That’s what this is all about. Saving lives and putting an end to the COVID era once and for all.”