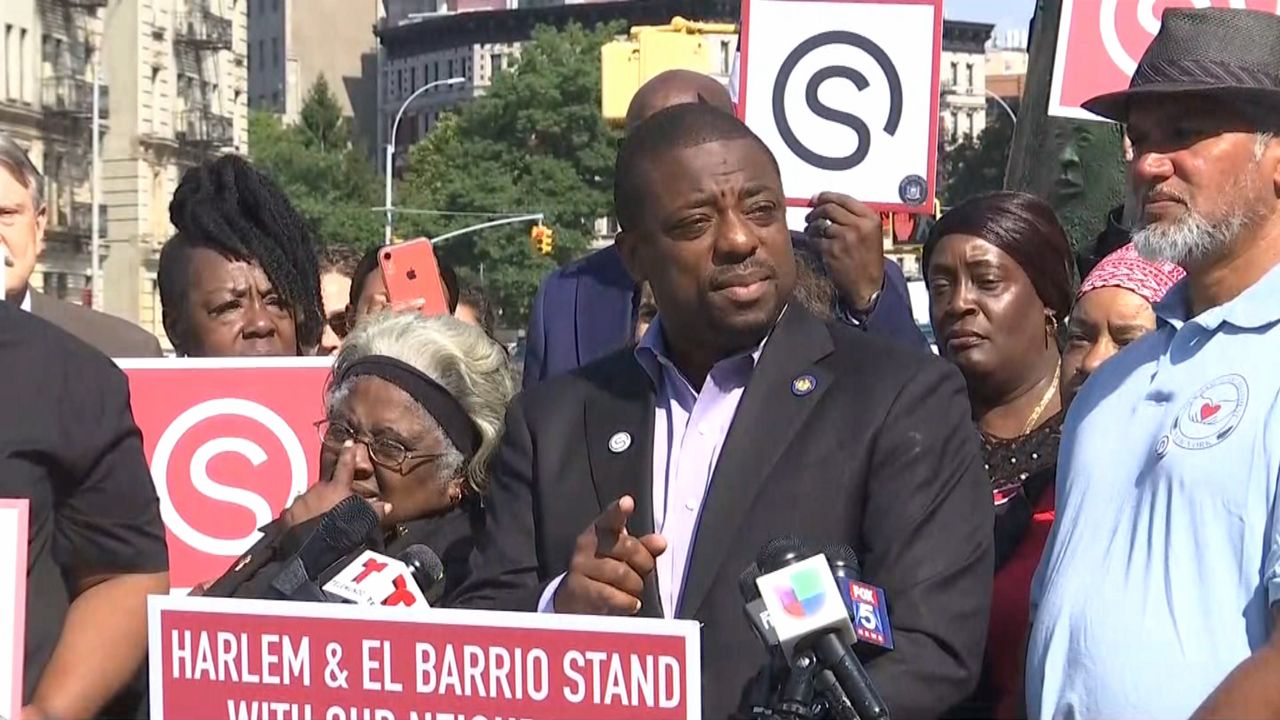 Expected to become lieutenant governor, who is Brian Benjamin?

NEW YORK — A son of Harlem is ready to become lieutenant governor, the second highest-ranking position in New York State.

Sources confirmed to NY1 that Gov. Kathy Hochul has picked Harlem State Senator Brian Benjamin to serve as her second-in-command — a move that helps balance out the ticket as Hochul gears up for primary season next June and delivers on a promise to appoint a person of color from the city.

"I'm going to name someone that I believe the state will be familiar with and very proud of," Hochul said last week, shortly after former Gov. Andrew Cuomo announced he would step down from office.

But Benjamin is hardly a household name.

"He's been a state Senator for a short time, but he has done his job extremely well and he has obviously made a mark," Wright said. "I think what it means in this political season is that Harlem does matter and Kathy made a very good choice in picking one of our state Senators."

At 44 years old, the father of two has served in the state Senate since 2017 and he currently chairs the Senate Committee on Revenue and Budget. Most recently, Benjamin ran an unsuccessful bid for city comptroller, finishing in fourth place. Before entering politics, Benjamin served chair of Community Board 10 in Harlem.

Benjamin is also a graduate of Brown University and Harvard Business School, and worked at Morgan Stanley and worked as a managing partner at a real estate company that worked to build affordable housing.

Benjamin is known as progressive Democrat. Vocal on criminal justice issues, police reform, ending cash bail and discovery and parole reform. During the race for comptroller he said he is in support of a movement to defund the police.

Benjamin's appointment is welcome news for Harlem power brokers. He follows in the steps of David Paterson, who served as lieutenant governor and would go on to become governor, following Eliot Spitzer's resignation.

Former Congressman Charlie Rangel said Benjamin will be key to Hochul's chances in the gubernatorial primary.

“This is a tremendous opportunity for the governor to broaden her base now and make her case for reelection. Brian has gained the confidence of his colleagues in the senate and assembly. I am certain that he will be a very effective lieutenant governor," Rangel said in a statement.