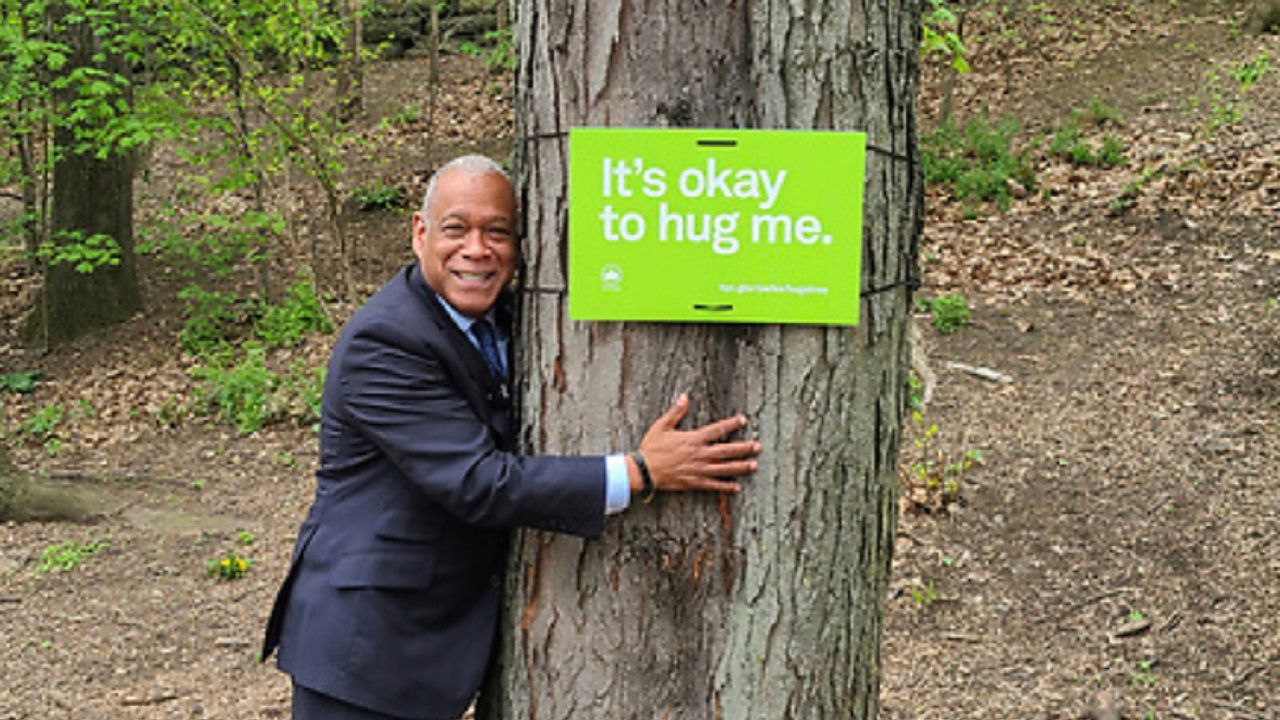 NEW YORK — You won’t find Parks Commissioner Mitchell Silver in his office all the time.

Whether it be kicking off pool season with a dip, sliding down a snowy hill on a snow day, or recycling a Christmas tree during Mulchfest, Silver has spent a lot of time outdoors during his tenure.


One particular ribbon-cutting at a Bedford-Stuyvesant playground is always fresh in his mind, when a young neighborhood resident wouldn't come in.

"We took this asphalt playground, it now had a track, a synthetic turf, beautiful landscaping, and the little boy said he did not want to come in because he didn't know how much it cost,”, said Silver, who added “that park was so nice, he thought he had to pay. That broke my heart that something that was so nice, he thought was not for me."

The boy eventually would come in to enjoy the improved playground, part of a community parks initiative that the outgoing parks commissioner said was one of the major initiatives of his seven years at the helm of the department.

"We set out to improve over 67 parks that had been neglected for two decades. As of today, we finished 58, with the remaining to be finished within the next year,” said the Brooklyn-native, who was Chief Planning and Development Officer and Planning Director in Raleigh, North Carolina when he was tapped by Mayor Bill de Blasio to become parks commissioner in 2014.

He cites other accomplishments, including a streamlined capital projects process and a 21st Century design process to address issues like climate change.

"If you go in our parks, more trees, break up the asphalt, they are not just parks but they are destinations,” said Silver, who also noted resiliency projects along the city’s coastlines.

Silver also touts bringing more minority-owned business enterprises to work with the department, and paving the way for the first Central Park monument depicting real women. Monumental Women, featuring Sojourner Truth, Elizabeth Cady Stanton and Susan B. Anthony, was dedicated last year at Central Park’s Literary Walk. He is also proud of his philosophy of leading with, what he calls, a culture of care.

Silver is headed back to North Carolina, where his son and grandchildren live, and where he will consult for a civil engineering, land planning and landscape architecture firm.

He has this advice for the next New York City parks commissioner:

"Do not forget equity, diversity, inclusion and access, something we lead this agency by, and make sure that those that don't have a voice, their public spaces and their neighborhoods are not forgotten,” Silver said.