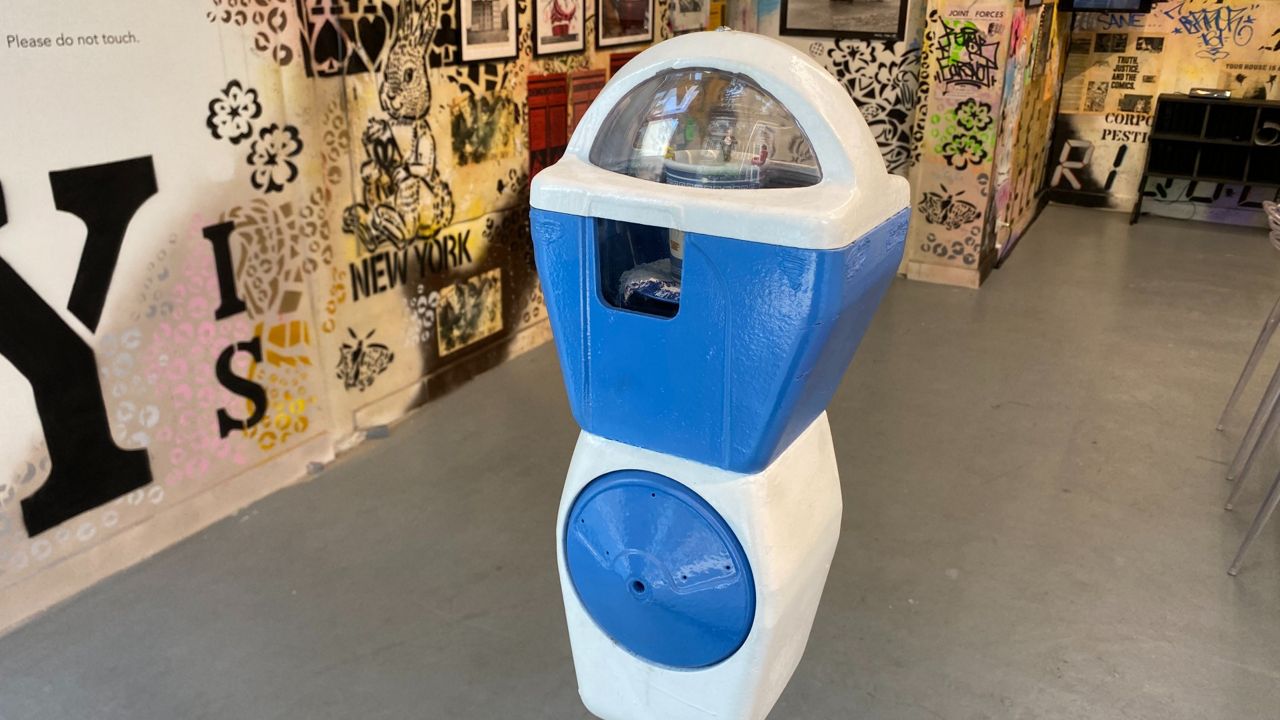 A work by artist Conrad Stojak is on display at the show #NYisOK: Our New York Times. (Credit: Roger Clark/NY1)

Photographer Martha Cooper documented street life and street art, and as a staff photographer for the New York Post from 1977 to 1980, she captured images of a city reeling from a financial crisis and high crime rates in neighborhoods such as the Lower East Side.

"Sometimes I would hang out a little bit and chat and I did whatever I had to do to get the shot, basically," said Cooper.


Cooper's work is part of a new exhibition at the Trotter and Sholer Gallery on the Lower East Side called "#NYisOK: Our New York Times." It's a multi-generational show featuring four New York artists, including John Fekner, who with his stencils addressed issues relating to urban life and decay, pollution, and media. Fekner was a street art pioneer who began his work in the late 1960s.

"The idea was an element of surprise, which most artists want to do to surprise somebody with something either spectacular," Fekner said. "But for this time and our times and comparing it to earlier times, for me, empathy was always the core that would be the most important thing to try and strike with an audience."

The exhibition was curated by AIKO, an influential street artist who also uses stencils along with glitter and spray paints and found materials. She installed more than 70 pieces of art and photography and arranged them in a way that is a love letter to the streets that inspired their work.

"I thought it was interesting to put all their pictures right next to each other to tell the story about the Lower East Side," AIKO said.

The owner of the gallery sees

"It's a really new kind of exhibition for us," said Jenna Ferrey, owner of Trotter and Sholer Gallery. "It's our first street art show, and I think the best decision we made was to just get out of AIKO's way and let her do whatever she wanted in the gallery space and we are so excited with what she did."

Rounding out the quartet of artists is Conrad Stojak, a Queens native who has upcycled old New York City parking meters into art work, creating vignettes of city life in the dome portion of the meter with figurines and models, almost like snow globes. One shows an outdoor dining scene from the pandemic.

"I feel like a few years from now, it's going to be like, 'oh yeah, I remember that, that was us, that was us doing that eating outside, doing what we needed to do to get through it," Stojak said.