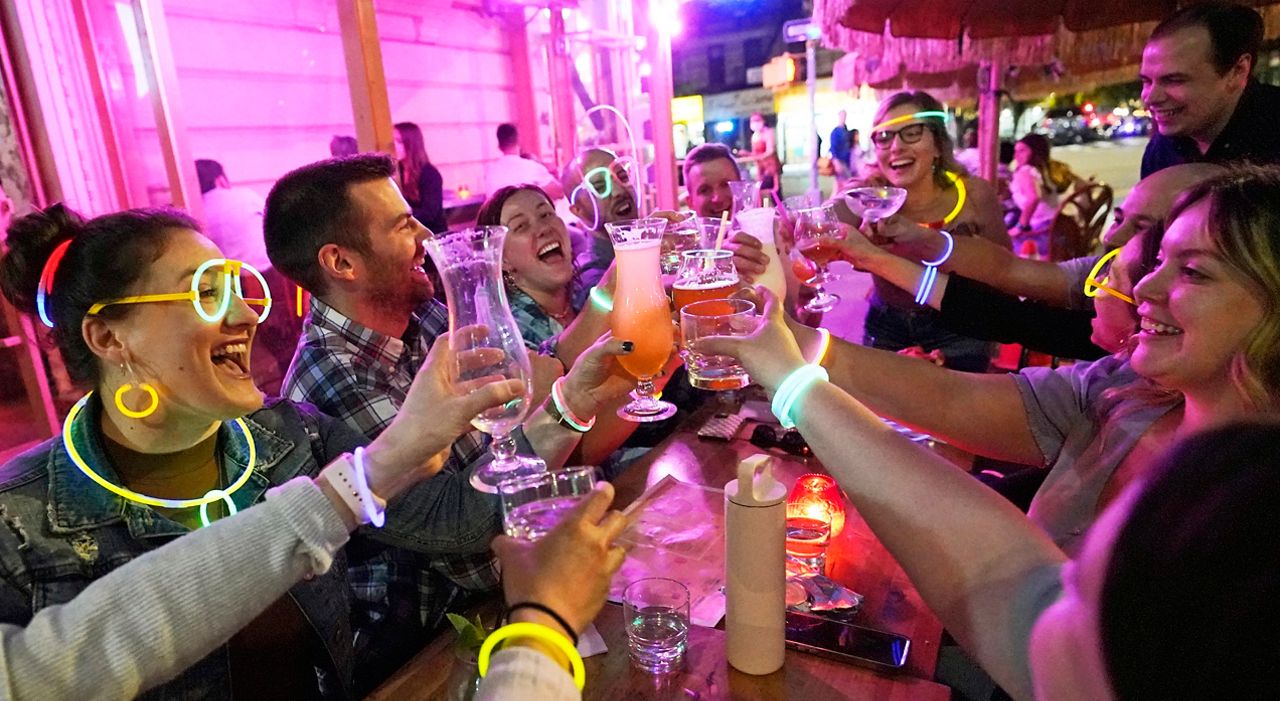 Are 24-hour alcohol sales and nightlife on the horizon in NYC?

NEW YORK — For the city that never sleeps, the possibility of 24-hour nightlife could soon become a reality.


As part of a new report, the city’s Office of Nightlife says it would like to see the introduction of 24 hour “entertainment districts” where alcohol sales and partying would not have to stop.

In a presentation, Executive Director Ariel Palitz said after studying other cities that allow 24-hour use, she believes having people socialize at their own pace will be a game-changer.

“Rather than having to get it all in before 4 o’clock in the morning,” Palitz said. "It can actually help reduce conflicts and quality of life concerns by not having everybody rushing out and rushing in at the same time.”

To reduce the possibility of nuisance complaints and other conflicts, Palitz says a search will be launched to identify neighborhoods with low residential density, to figure out where a limited pilot program for 24-hour nightlife could be tested.

“I want to be out til the sun comes up,” said Kelli Jones, a tourist visiting the Big Apple from New Orleans.

For Jones, it’s proving to be a real letdown that New York City’s bars and clubs have to shut down by 4 a.m. That’s because in New Orleans, where Jones is from, the parties on Bourbon Street never stop.

“You was out on Bourbon all night,” Jones said. “You didn’t need no house to be in New Orleans! So it’s a party city, a party town.”

Jones says she would be in full support of 24-hour partying heading for the Big Apple.

In an interview with the New York Post, Palitz pointed to Times Square as place that could support this kind of initiative.

And while the Crossroads of the World” is certainly popular with tourists, it is has also been the site of two high profile shootings since May, in which a handful of bystanders and tourists were shot by stray bullets.

The bustle of Times Square is also half a block away from the Ritz Plaza by Stonehenge on West 48th Street.

Residents like Steven Wright tell me he has mixed feelings about the possibility of 24-hour nightlife, so close to home.

“It’s loud at night,” said Wright. “People do bring their cars here to have fun. So they rev it in the middle of the morning. So part of me feels it would be good for the businesses around here to have that happen. Simultaneously, if you want people to live here, you need to have some kind of noise regulation.”

In order for the 24-hour entertainment districts to become a reality, it would need input from local leaders, community boards, and residents.

It would also require that the state get involved to implement 24-hour liquor licenses.