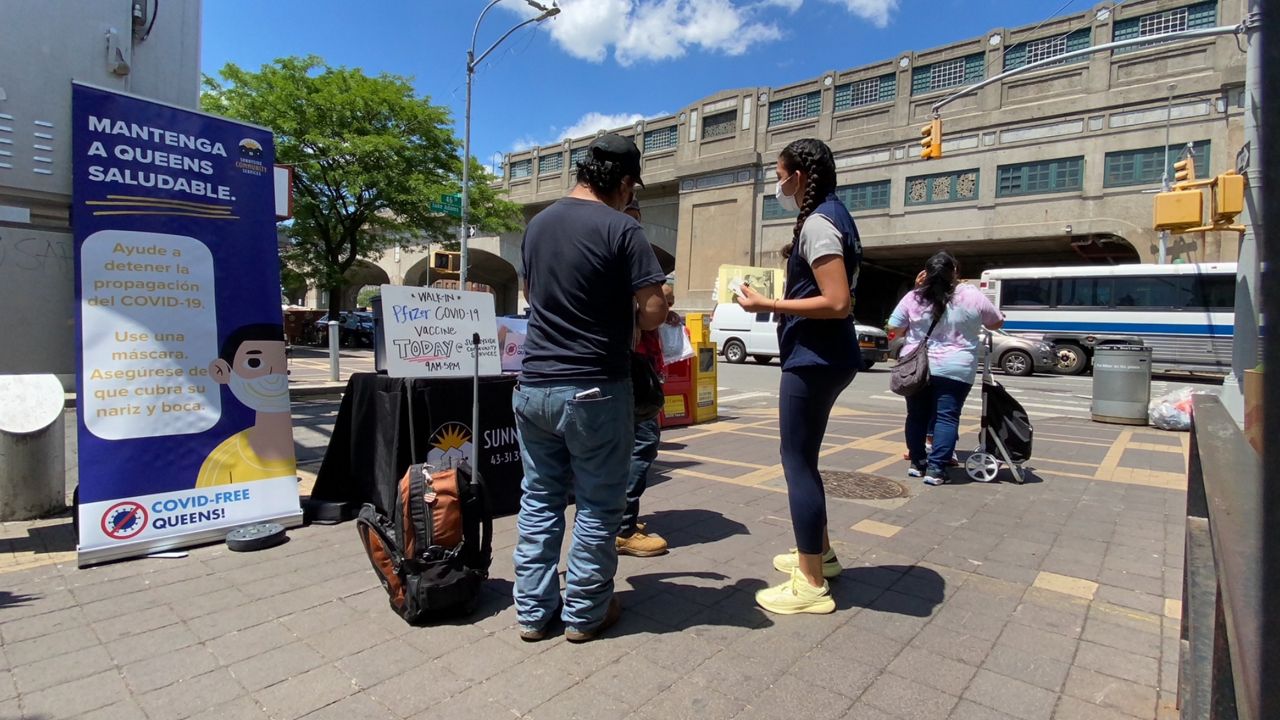 Half of the city's population is not yet vaccinated against COVID-19. Photo by Clodagh McGowan.

Amalia Mendoza has been hesitant to get vaccinated against COVID-19.

“I’m scared. It’s many information. You think, is it a good decision or not,” said Mendoza, a Sunnyside resident.

But on Thursday, Mendoza put her fears aside as she got the first dose.

“We need to stay everybody safe,” said Mendoza. “So, we can take away the mask and be good.”

Mendoza’s hesitation is not an isolated incident. According to the city’s Health Department, half of the population is not vaccinated.

With the city moving towards its goal of vaccinating 5 million people by July 1, efforts are ramping up across the five boroughs to bring vaccines into community centers.

VIP StarNetwork, a company that typically handles health services for film studios and big sporting events, is operating pop-up clinics with help from the state.

“There’s still large areas across the boroughs that have been highly impacted of just general access to care,” said Johonniuss Chemweno, the CEO of VIP StarNetwork. “So when we look at that issue, we look at our capabilities in terms of mobile access and mobile capabilities to expand vaccinations in home settings, pop-up sites — wherever we might be needed.”

But while there were enough doses to vaccinate at least 300 people at a pop-up site at the Sunnyside Community Services center, by early Thursday afternoon less than 50 people got the shot.

Jackie Lopez, who heads the team, says there’s a number of reasons why people are hesitant, including immigration status and misinformation.

She said, particularly in low-income communities, people are afraid of the side-effects.

On Thursday, Gov. Andrew Cuomo said anyone who needs to miss a day of work due to vaccine side effects will be covered by the state's paid sick leave law.