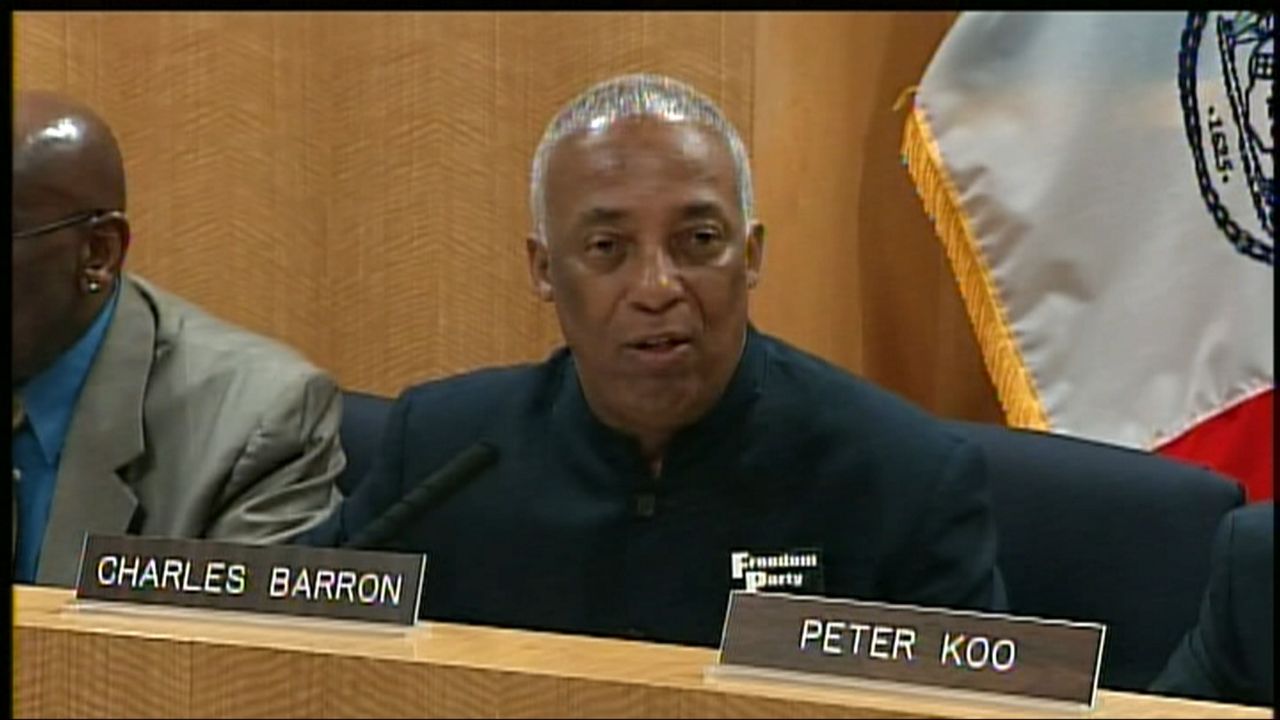 Charles Barron, who served three terms in the City Council, from 2002 to 2013, is running for his old spot on City Council. Photo by Spectrum News.

Assemblyman Charles Barron served three terms in the City Council, from 2002 to 2013. His wife, Inez Barron, has held the seat ever since.

And now that term limits are forcing her from office, Barron is running for his old seat again.

One of his leading opponents says it's time for the Barrons to go. "In knocking on doors, and listening to people, and watching what people are saying on digital media, they're sick of it,” said candidate Nikki Lucas.

Barron is not alone. No less than seven former Council members are running again, often making the argument that they're simply providing voters with a choice.

"It's about productivity and deliverables,” Barron said. “It has been in our hands, but we don't determine that. The people do."

-Tony Avella of Queens, who left the Council in 2009 and later served in the state Senate

-Gale Brewer, who's been in elected office two decades -- first in the Council, then as Manhattan Borough President

-Ruben Wills of Queens, who spent two years in prison after being convicted of a fraud scheme in 2017, only to have his conviction overturned last year

-James Gennaro of Queens, who’s already back in the Council after winning a special election in February

-And the dean of the bunch, Sal Albanese, who last served in the 1990s.

Albanese sympathizes with critics, but notes his case is unique. He has no Democratic opponent and he’s running in a Staten Island district different from the one he once represented in Brooklyn.

"Is terms limits really working that well when people come back after a couple years?” he asked. “It's been over two decades since I served in that body."

Gennaro said: "At a time of turnover like we're going to have, it's important to have people that have a lot of experience."

"I don't think there's going to be any shortage -- and that's a good thing -- of new ideas with new members,” Brewer said. “But I do think you still need some folks on the City Council who do have the kind of expertise that I have."