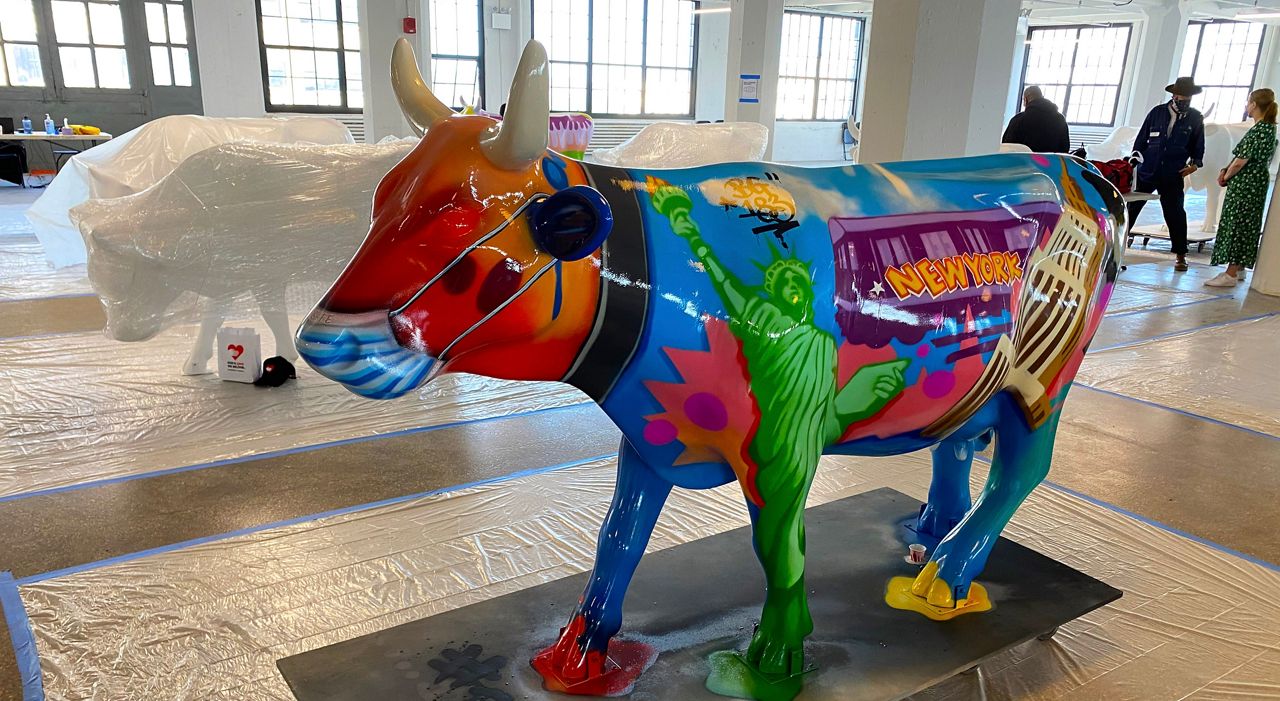 The Cow Parade is returning to the Big Apple for the first time since 2000. Photo by Roger Clark

Mooove over. These colorful cows are coming back to NYC.

NEW YORK — “Billy the Artist” is working on a piece he calls “Moo York Summer Celebration”, which is appropriate since he is painting on a 100 pound fiberglass cow sculpture.


"People celebrating the vibrant colors, people being out, a celebration of where New York is going to be this summer, everybody coming back out," said Billy, who is one of 75 artists and designers working on their own cow for the Cow Parade.

The cow sculptures will be placed in so-called pastures around the five boroughs from August 18 to September 30. The NYC edition in 2000 was the second Cow Parade. This is now the event’s 100th Bovine Bash. 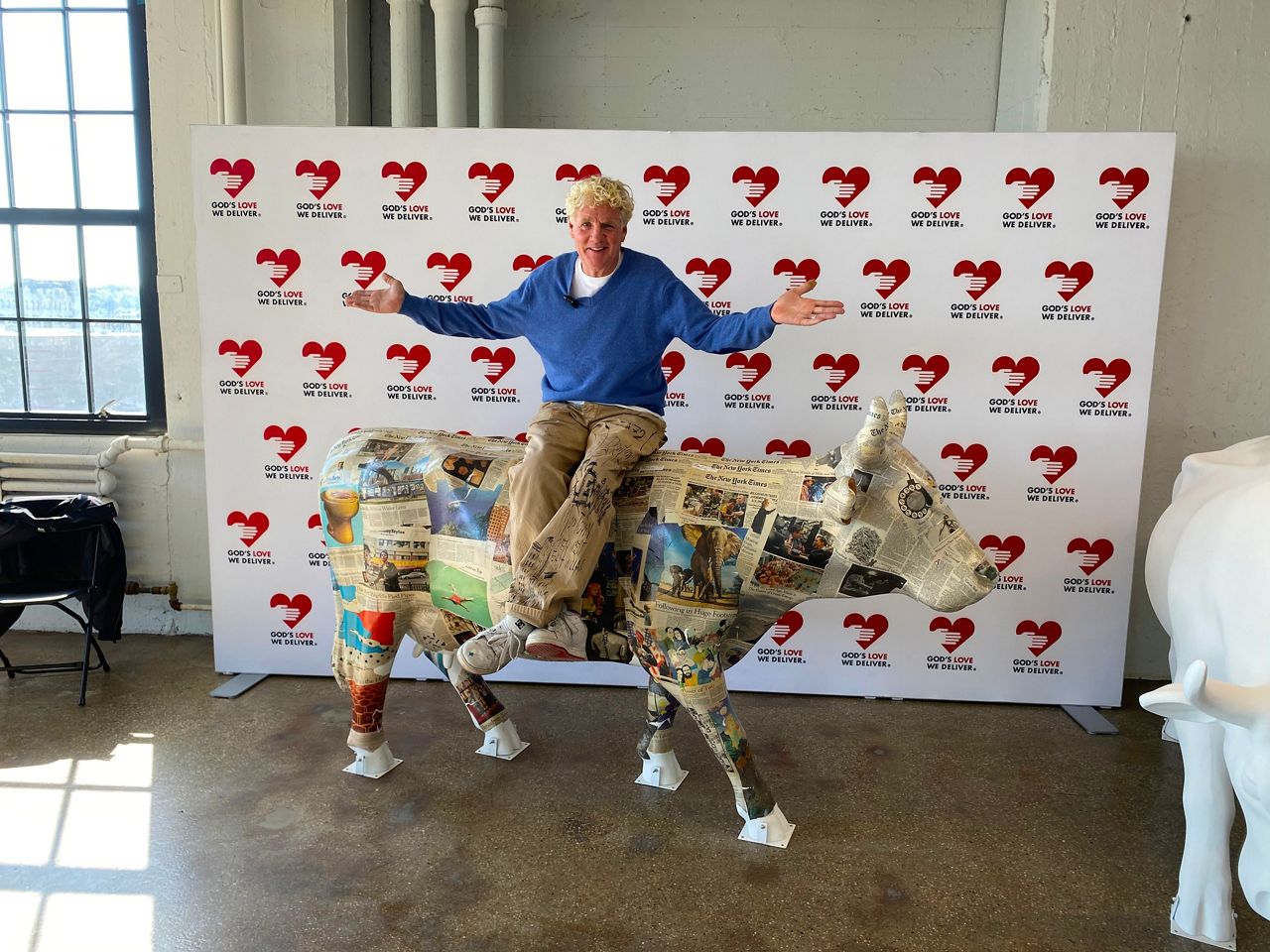 Artist Peter Tunney poses with one of the cows that will go on display. Photo by Roger Clark

"The cows work because they are great canvases for artists, artists love them," said Ron Fox, one of the co-founders of the Cow Parade.

After the cows are displayed, they will be auctioned off, benefitting God's Love We Deliver, the 36-year-old organization which cooks and delivers medically-tailored meals to New Yorkers with life-altering illnesses. They have been even busier during the pandemic, adding 6,000 new clients since it began.

"More and more people need help. They are home, they're isolated, they are scared to go out," said Karen Pearl, President and CEO of the SoHo-based organization.

As you would imagine, for many of the artists, this is the first time they have worked on a cow, a unique canvas for sure. A number of the artists are working in a space at Industry City in Sunset Park, Brooklyn, a temporary pasture for the cows while they await placement around town.

"I'm an abstract painter, so painting on something very three-dimensional and very real, is fun," said Melissa Staiger, another participating artist.

Artist and graphic designer Cey Adams contacted many of his friends from the Graffiti and Street Art World to be part of the project. He's a longtime supporter of God's Love.

"I never painted a cow, and I remember this campaign from twenty years ago, and I just thought it would be a lot of fun, and here I am, grazing in Industry City," Adams said.

Another well-known artist Peter Tunney is also helping to curate, and very familiar with the work of God's Love.

"If you have never been to God's Love We Deliver, and you have a chance to walk through that operation. I'll tell you what it gives me, it gives me hope," Tunney said.