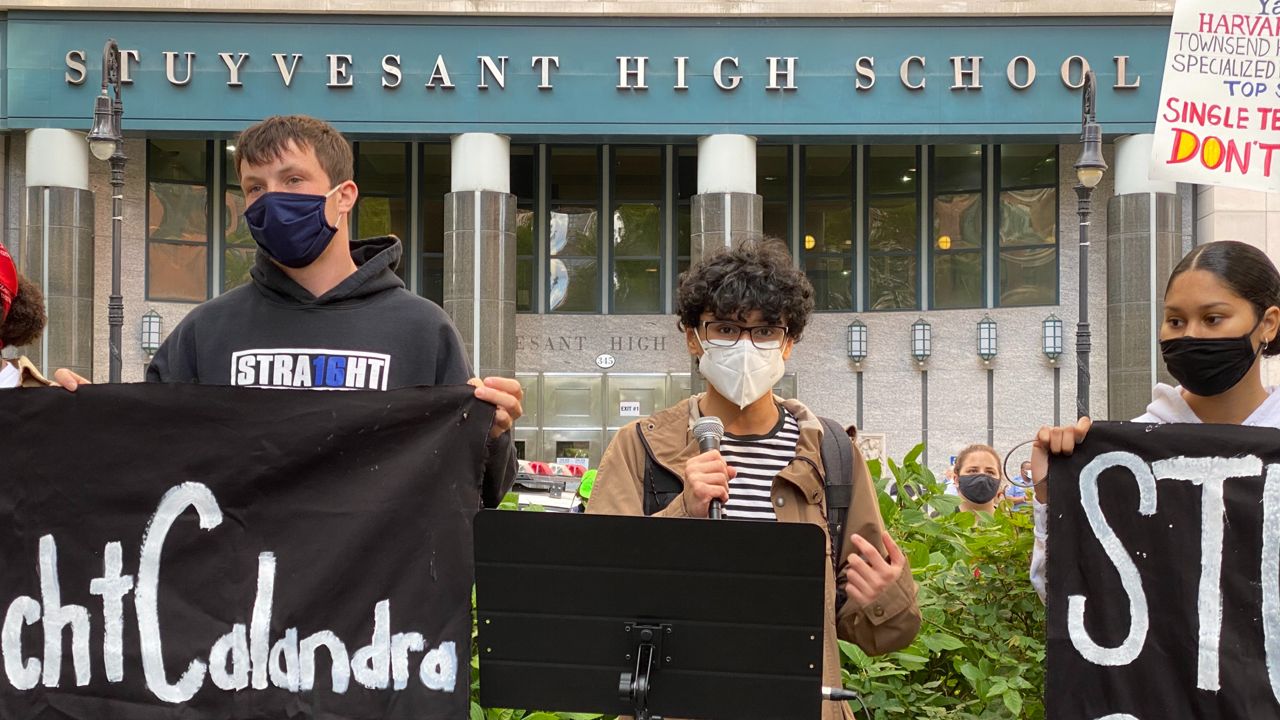 Roberto Quesada is the sophomore class president at Brooklyn Technical High School. He had to take the Specialized High School Admissions Test, or SHSAT, to get in. But he doesn’t think future students should have to.

“Using a single exam for admissions makes no sense. And it is racist, and it is causing these horrible numbers every single year,” Roberto said.

Citywide, Black and Hispanic students make up about 70% of the school system, but received only 9% of the offers for the sought-after public high schools, which use the high-stakes exam as the sole determiner for admission.

“Every single one of my classes, I'm almost always the only Hispanic student there,” he said.

He and other Hispanic, Black and Asian specialized high school students who spoke at the rally described classmates mocking their cultures and using slurs.

They say these aren't isolated incidents.

“It's not just a problem at Brooklyn Tech, it's a problem at Stuyvesant, at Bronx Science, at Brooklyn Latin, and all of these specialized high schools. And it comes from the real fact that we have basically no Hispanic and Black students here,” Roberto said.

Mayor Bill de Blasio unsuccessfully sought to repeal a state law requiring the exam. That led to fierce backlash, including from some groups representing Asian Americans, who make up the majority of the specialized schools’ population, and from supporters of the schools who argued changing admissions would make the schools less rigorous.

But Roberto argues no other prestigious schools use a single factor to determine entry.

“Do you think that Harvard is not a prestigious school because they don't use a single exam for admissions? Mind you, and they don't have these ridiculously low numbers of Black and Hispanic students,” he said. “Do you think that what it means is that if you admit Black and Hispanic students that all of a sudden makes your school less prestigious? Because if that's what you think, then I'm sorry but that's racist.”