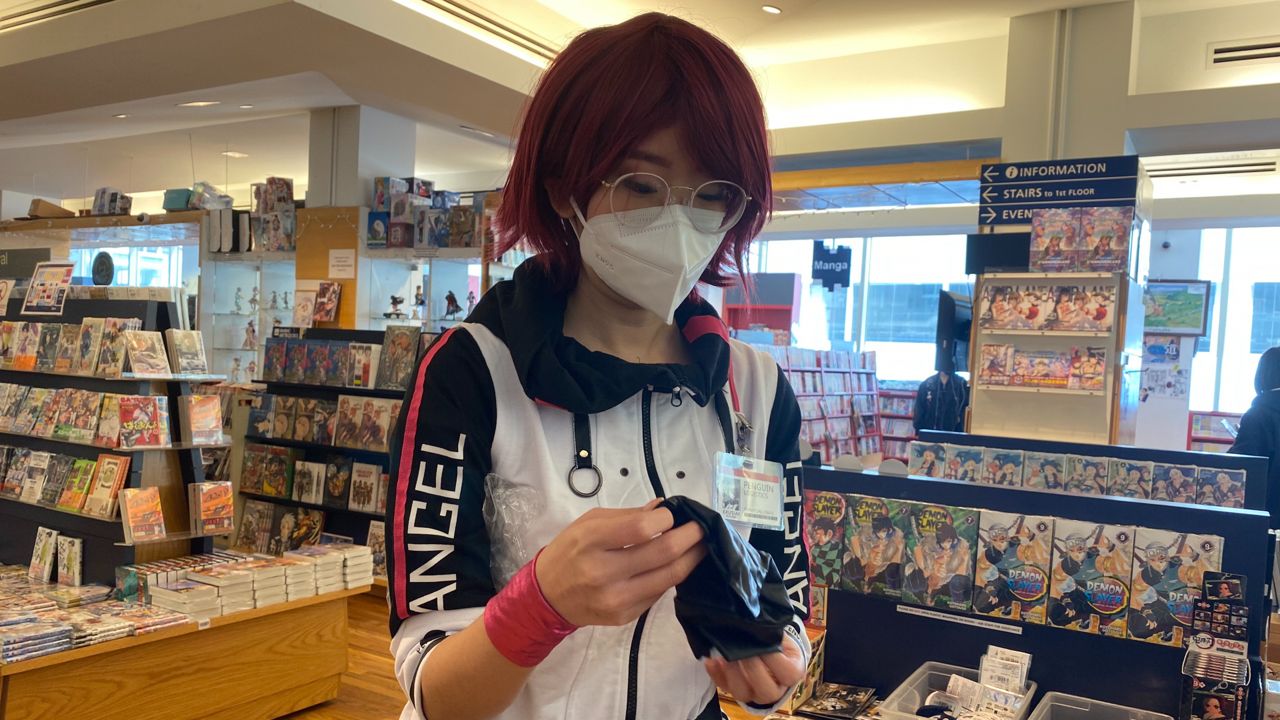 What's behind the rise in popularity of anime, manga and cosplay?

Anime may be the biggest pop culture phenomenon you’re not aware of. It’s also a lifelong passion for Peter Tatara, who fell in love with both anime and manga as a kid watching cable TV in the 80s and 90s.

“I saw this movie called Vampire Hunter D. It just didn't look or feel like anything else I'd ever seen before and it felt like discovering a whole new world,” said Tatara from his Woodside apartment filled with manga and anime merchandise.

Tatara worked in manga publishing and founded Anime NYC in 2017, a convention attracting about 50,000 fans. Every major U.S. city has one.

”Mainstream American comics, they're superheroes. It's Batman and Superman and that's not necessarily going to appeal to kids. And you'll look at a lot of the really popular anime manga out there. The heroes are adolescents as well, they're not big, strong muscular superheroes,” explained Tatara.

Also, there is a lot of manga written for adults, which sets itself apart from most American comic books.

“A lot of anime is really weird. And it encourages people to feel comfortable with being their true self and to be a little funny, to be a little weird and colorful,” said Starer, a cosplayer who dresses up as Sailor Z from the Sailor Moon manga.

“We love telling each other our costume is made with sweat tears and hot glue gun,” said Brooklynite Lisha Luo Cai, who dressed as Exusiai from Arknights as she browsed the manga at Kinokuniya Bookstore across from Bryant Park. Accessibility is another factor. “I remember when I was younger it would be really difficult to find translated manga in library bookshelves,” said Luo Cai.

Interest in anime and manga has definitely reached a fever pitch, especially with Demon Slayer. In fact, at $20 million, the new Demon Slayer film scored the best opening weekend of all time for a foreign language film.

In comparison, last year’s Oscar winner Parasite made about $7 million. And yet in many ways the film and this pop culture phenomenon are still under the radar.

These days, you can find countless anime titles on on Netflix and Hulu and specialty sites like Crunchyroll.

Tatara said, because it's Japanese, it's just not considered mainstream and that’s unfair because it truly is a global phenomenon.

“It does look different, it does look weird. It does not look like other cartoons or comics. So, do you take it seriously?” Tatara asked rhetorically. And while some may not; for fans, the answer is a resounding yes.