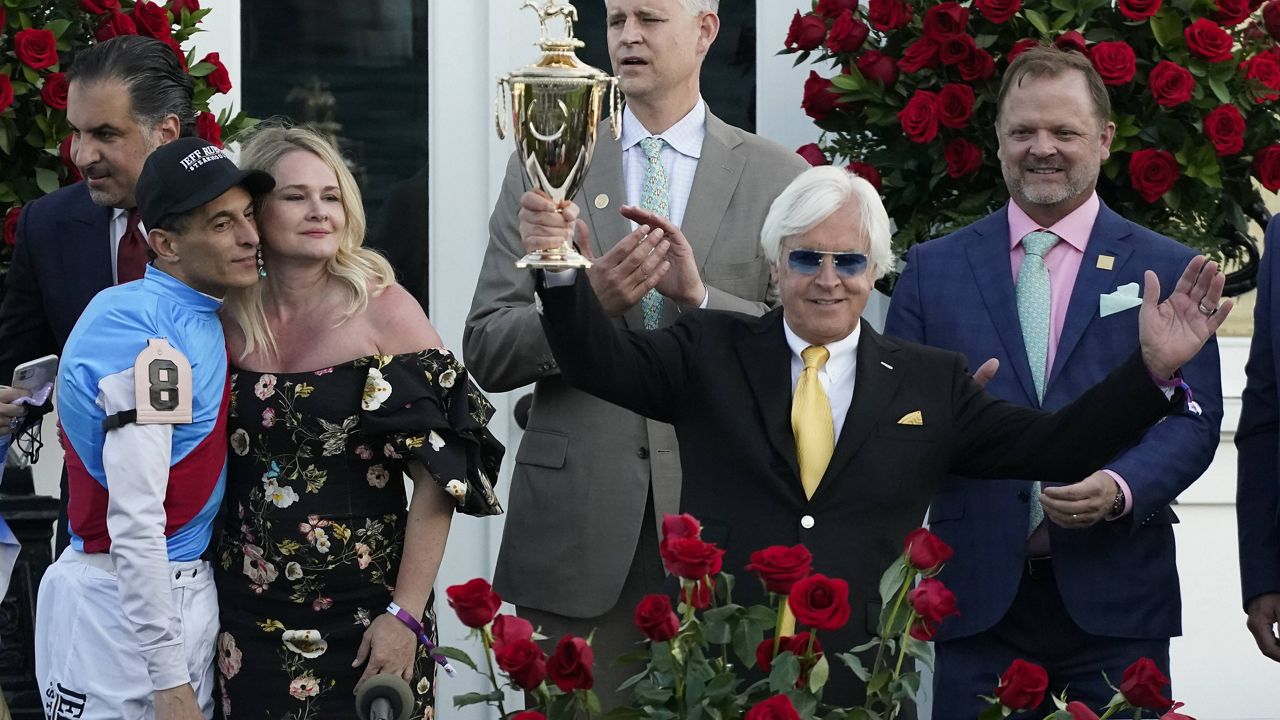 LOUISVILLE, Ky. — Churchill Downs is in the spotlight more than a week after the Kentucky Derby. The attention comes after Derby 147 winner Medina Spirit's failed postrace drug test.

Seven-time Derby-winning trainer Bob Baffert broke the news himself Sunday at his Churchill barn. Baffert said he was shocked.

"I got the biggest gut punch in racing for something I didn’t do," he said to reporters.

Baffert said he was on his way back to his native California when his assistant trainer called and told him the Kentucky Horse Racing Commission's postrace test of Medina Spirit had discovered 21 picograms of betamethason, twice the legal limit in Kentucky for the corticosteroid, which is injected into joints to reduce swelling and pain.

Pending the results of a secondary test of the Derby winner, Churchill Downs suspended Baffert from entering horses at the track. In a statement, track officials wrote if the second test confirms illegal substance levels, Medina Spirit would be disqualified and second-place finisher Mandaloun would become the winner.

Baffert maintained his innocence Sunday night and Monday, appearing in interviews with national outlets including ESPN, Fox News and The Dan Patrick Show. He said he was shocked by Churchill's statement and in multiple interviews described it as "cancel culture."

"I, unfortunately, was not surprised," Irby said in a Monday video interview. "But I thought, here we go, another doping scandal in horse racing."

Irby, whose organization helped advance the bipartisan Horse Racing Integrity Act of 2020, said horseracing still has a place in America, but it must be conducted humanely. In addition to performance-enhancing substances, he wants to see whips outlawed as well.

If it is proven Baffert's horse was injected with betamethasone, Irby wants the horse racing world to make an example of him.

"It’s my hope that they’ll find the results of the drug test and that they’ll come back before the Preakness runs," he said of Saturday's scheduled second race of the Triple Crown. "If they’re negative, of course, I’m sure they’ll let the horse run. If they come back positive then they need to throw the book at Bob Baffert."

Baffert said Medina Spirit will head to the Pimlico Race Course in Baltimore with the intention of running in the Preakness Stakes. But the man whose straight silver hair can be recognized at a distance by even the most casual of racing fans said he won't be there for the spectacle.

Little more than a week prior, he savored the roar of 51,000 Churchill Downs fans as his horse was blanketed in roses.

Now he leaves for solitude and awaits his fate.