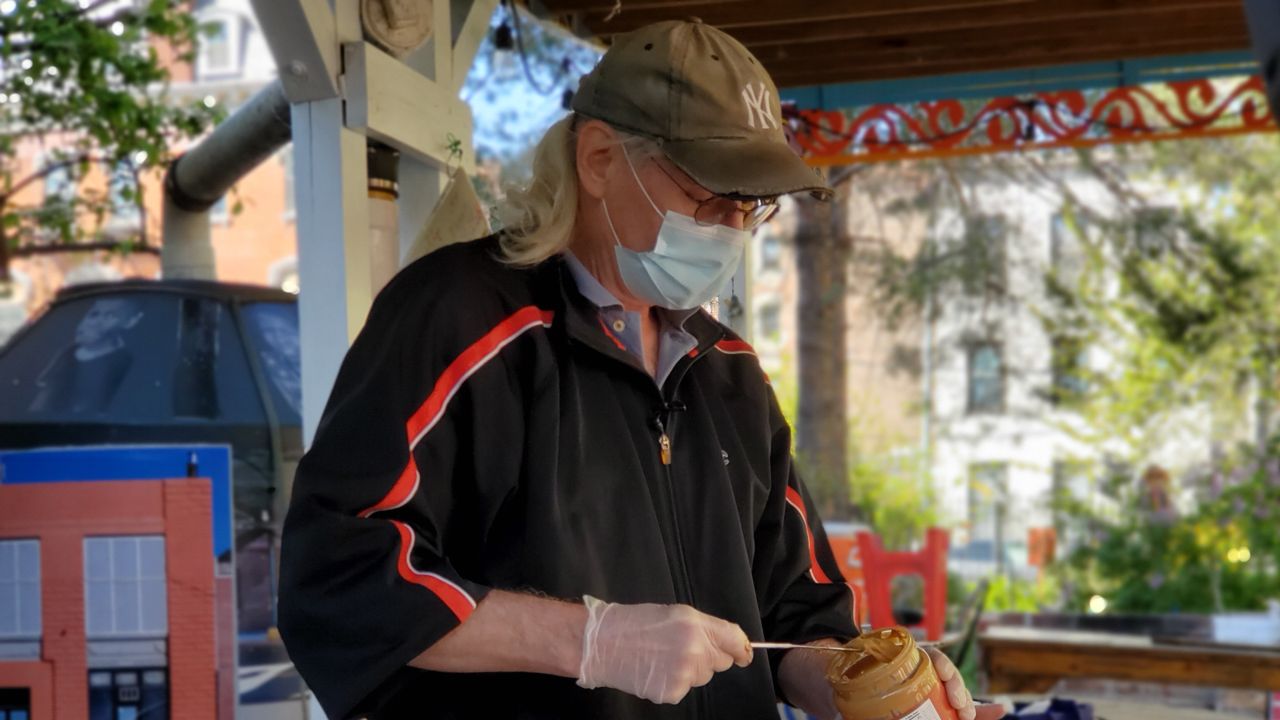 Marty Rogers and his team of volunteers prepare and distribute meals in Melrose and Mott Haven three times a week.

By Pat Kiernan and Chelsea Katz The Bronx
SHARE

"I hope they're happy and I hope it brightens up their day," Rogers said.

He volunteers with neighbors from local schools, the nearby Bronx Documentary Center and even other boroughs. Rogers and the team have been at this for quite some time now. They started distributing meals in the area last April. They walk around the area three times a week, handing out at least 30 meals each time.

Members of the community sponsor the expeditions. They call the trips "Hope Walks."

"That's human nature, to step up and try to do something to help our brothers and sisters who are going through a rough patch right now," Rogers said.

Rogers has been looking out for his native Melrose for decades. After Mayor Koch closed down the firehouse on East 150th Street in the 80s, Rogers convinced the newly minted Mayor Dinkins to bring it back. He even handcuffed himself to a firetruck in protest.

And four years ago, Rogers launched the "Take Back the Hub" campaign. The goal is to root out heroin at the major transportation center and clean it up.

"The Hub became the hub of heroin,” Rogers recalled. “So we wrote on the sidewalk 'Welcome to the Hub of Heroin.' You want to buy heroin? Right there across the street."

Nowadays, Rogers shows his dedication to the Bronx through providing sandwiches and prayer.

People receiving those meals say they appreciate the gesture.

"We really appreciate it,” said Matthew, who lives in an encampment. “It's hard out of here for the homeless to get food. And when someone with a big, kind heart comes by and does this, it really fills us up with joy. "

"It's a crazy, crazy, crazy world,” Rogers said. “And it's a crazy scene here sometimes. But we try to slow life down. Remember somebody's name. Offer them a drink and treat them with dignity.

For continuing to care for the South Bronx decade after decade and meal after meal, Marty Rogers is our New Yorker of the Week.