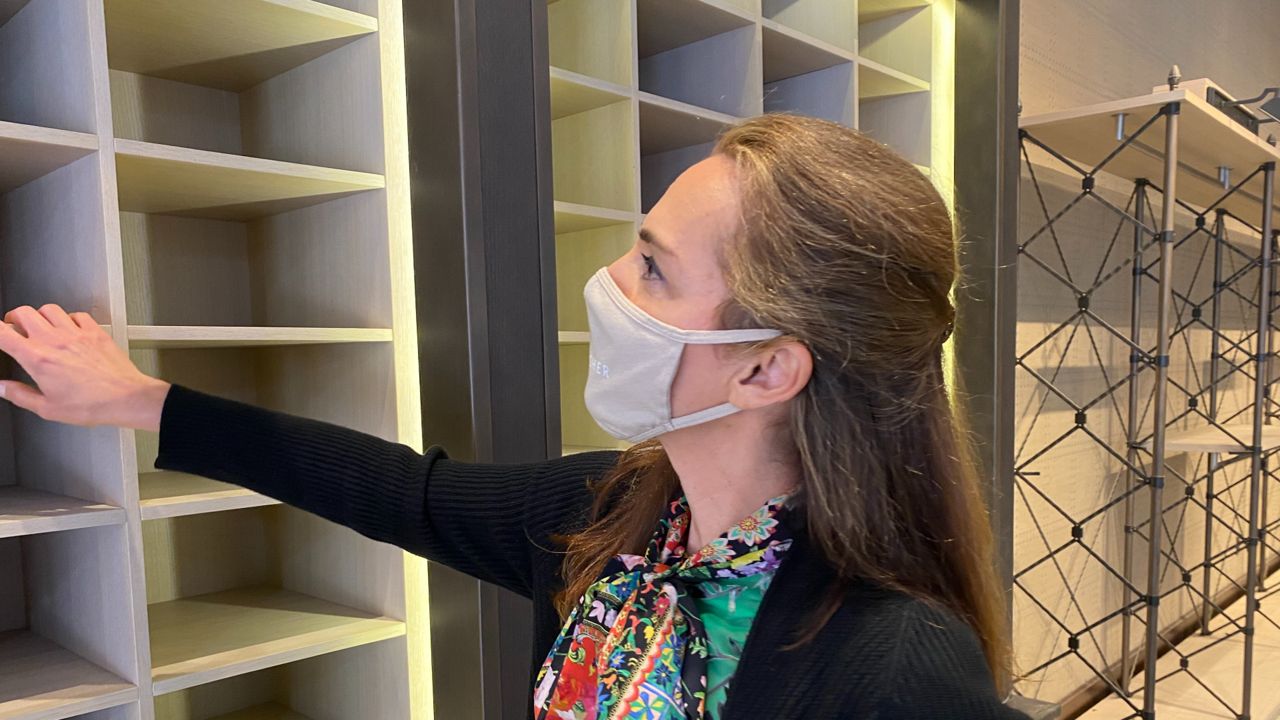 Charlotte Hanna is looking for a location to open a New York City cannabis dispensary. Hanna is the CEO of Rebelle and Community Growth Partners. To say she was happy when the state legalized marijuana is an understatement.

“I'm so excited to finally open a store in New York City,” Hanna said. “Every week, I've travelled back and forth three times a week to run my operation in Massachusetts. Because there is no opportunity, there was no opportunity in New York, until now.”

Once she does that, her commute is going to be a lot easier. She owns a dispensary in the Berkshires.

"I have a family. I have kids. I want to be here with them," Hanna said.

She's happy to see that her industry can now operate in her home state.

At her Manhattan dispensary she plans to hire people who were incarcerated for using. It's a business plan based on setting people back on course.

"In Massachusetts, we have a pretty innovative partnership with a non-profit there called Roca and they work with young people who were caught up in the criminal justice system, often times because of cannabis, and we employ them," Hanna said.

She hopes her New York dispensary will help remove the stigma that she says is associated with cannabis.

"I love seeing multigenerational families coming through together, 60-year-old parents and their adult children coming in the store together talking about using it secretly all this time.  It's not this taboo thing anymore and having retail stores that feel normal just like any other retail store is all about creating that normal experience." Hanna said. "We are going to take over, take the cannabis industry by storm in the United States. It's going to change things now that it is legalized in New York."

Before moving ahead, Hanna and other cannabis entrepreneurs are waiting on more guidance.

The state is yet to devise the licensing process and there are many unknowns when it comes to regulation.

She hopes to have a dispensary open by at least 2022.  She said she knows it will be worth the wait.