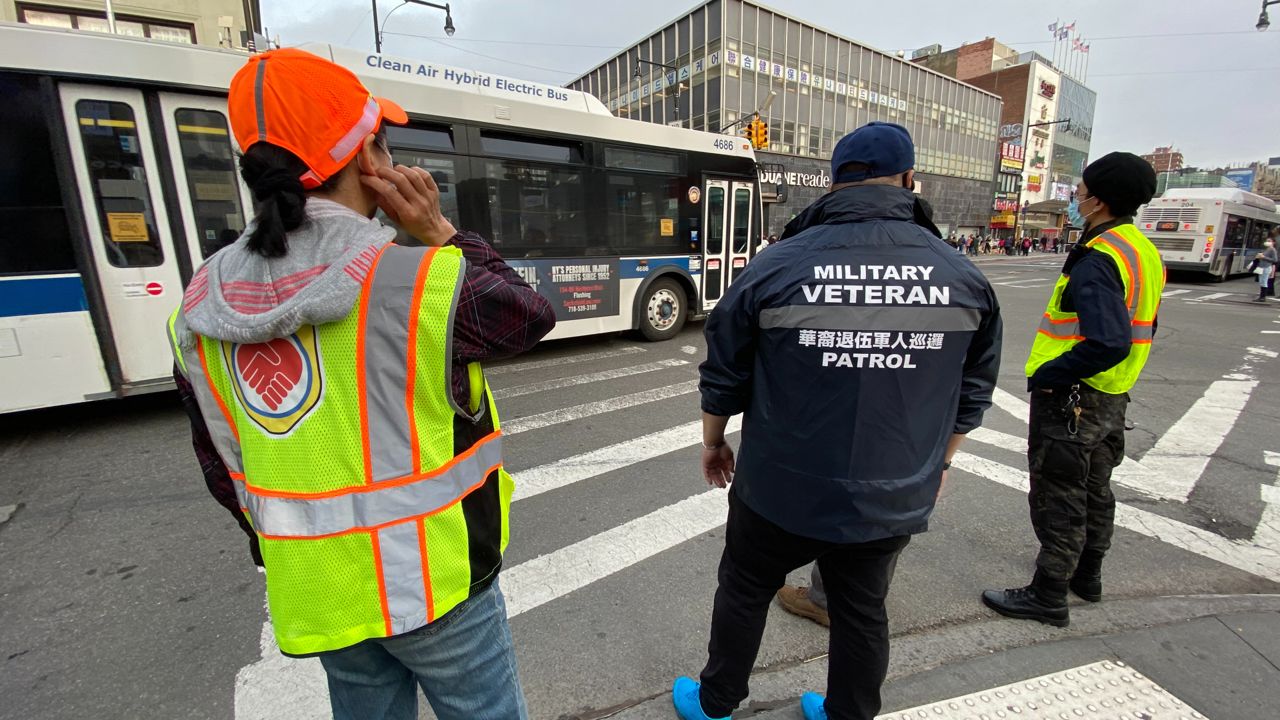 It’s 5:30 p.m. Thursday in downtown Flushing. A group of concerned citizens are meeting in a parking lot, devising a plan to walk through the predominantly Asian neighborhood.

“We’re out here just to let more people know it’s the 21 century. We got to stop this discrimination stuff,” said Ryan Su, a Flushing resident.

Ryan Su is leading one of the volunteer teams. Su is Chinese-American. He’s also an Army veteran.

“I think I should be a part of it, to help this community,” said Su.

According to the NYPD, there have been 20 reported hate crimes against Asian people in 2021. In the same period last year there were zero.

Kenny Li, who has lived in Flushing for nearly 30 years, says people are scared.

“They fear to go out alone, especially those elderly. They don’t know why they attack victim all the time,” said Li.

Community patrol members say the recent shooting at a spa in Atlanta — which killed six people of Asian decent— has the community on edge.

The patrol is working with the 109th Precinct, passing along any concerns they hear on their nightly patrols. If they do come across a potentially violent situation, they will not interfere, but call 911. About an hour into their canvassing, there is a confrontation.

A man is questioning the motives of their patrol — and angry about hate he too has felt as a Muslim man in America. But the volunteers are able to deescalate the situation. By the time they reach the end of the block, the man volunteers to join the patrol tomorrow night.

By 7 p.m. the group is back at the parking lot for a quick debrief  before heading home.

The volunteers hope as more people join the group they can have an additional team patrol after the sun goes down.