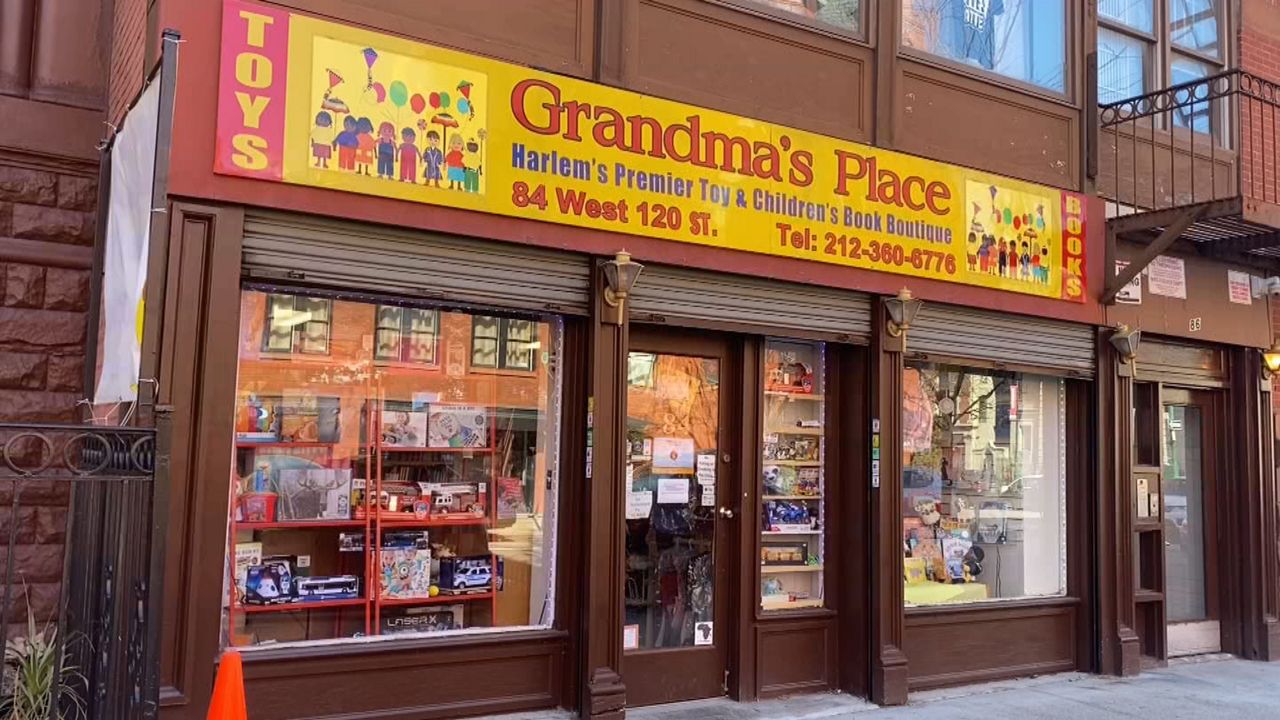 Harlem Community Gets Behind Beloved Book and Toy Store

Five-year-old Amir B. Gladden was enjoying his visit to Grandma's Place Toy and Book store in Harlem, where he was playing with an MTA-style bus under the watchful eye of store owner Dawn Harris-Martine.

It would be a challenge for any kid not to have a blast inside the shop on 120th Street off of Lenox Avenue/Malcolm X Boulevard, which has been there for 21 years under the loving ownership of the 81-year-old retired second grade teacher.

Everyone around the neighborhood knows her as Grandma Dawn, who developed her own passion for reading at a young age.

"My mom was a chamber maid and had three jobs and my sister left me in the library so she could run around and play with her friends, so I read all the books in the library,” said Harris-Martine.

Grandma's Place started as a literacy center, evolving into a bookstore, and then adding educational toys and games. The popular spot for kids and parents was closed from March to August because of the pandemic. When it reopened, Grandma Dawn owed $17,000 dollars in back rent and other expenses. A GoFundMe campaign garnered $46,000.

"It was so successful that I decided that with the proceeds of it after I took care of my bills that I would put a bookmobile on the streets of New York,” said Harris-Martine, who hopes to have the bookmobile in Harlem sometime in the spring and summer months.

The response from the community says a lot about what the store means to folks in Harlem.

“This is essential to our community, we need more stores like this,” said parent Ebony Gladden.

The store has doubled up on its online presence and has added educational materials for kids who are doing school remotely. Harris-Martine says it's really important to her that kids in Harlem succeed, and that’s why staying open is imperative.

“I live right next store, and I would be outside putting the garbage out and there would be a kid standing in front of the door crying, and I would go get the keys and open the door and let him come and pick something,” said Harris-Martine, who says she knows that kids expect to see Grandma's Place when they come down the block.

“As long as I'm alive and drawing breath, it's going to be here,” said Harris-Martine.