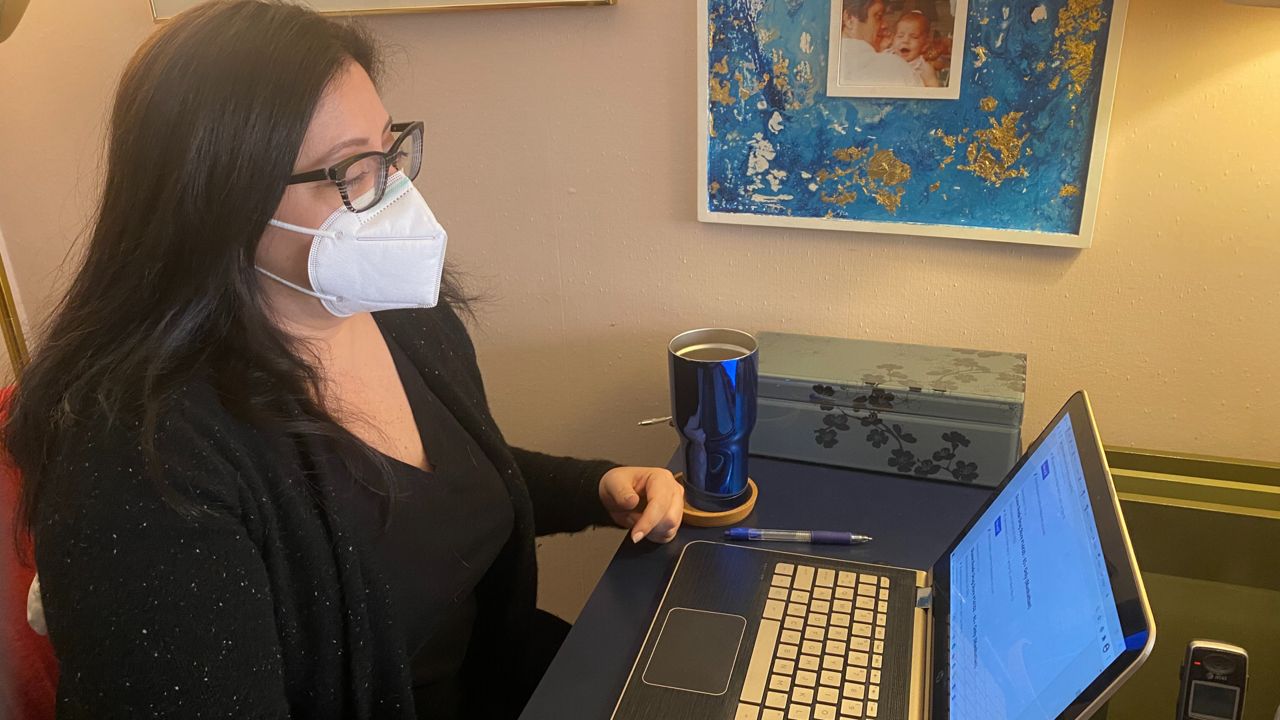 Like a lot of New Yorkers during the pandemic, Carrie Driscoll is spending a lot of time at home.

This is not by choice. Last year, because of the pandemic, Driscoll lost her job as a communications consultant. Then, when winter came, the pandemic intervened again. Driscoll's mother in Florida needed help getting a vaccination.

Driscoll booked her an appointment. Her mom's friends heard about it and asked for Driscoll’s help as well. So, she snagged appointments for them, too.

"I think a lot of it has to do with having a lot of time on my hands," Driscoll said.

Driscoll estimates she now has helped more than 50 people in Florida and New York get vaccinated. Some were complete strangers she learned about through social media or TV, like Seth Urbinder, a kidney transplant recipient in Queens. Last month, NY1 featured Urbinder in a report highlighting the challenges of getting vaccinated. Driscoll saw the story, and got him an appointment the next day. He said he cannot thank his vaccine angel enough.

"The fact that she took time out of her day to book an appointment for a total stranger, I think it shows how great New York still is and people still care for each other," Urbinder said.

"It shouldn't be this way and it is not too late to fix it,” Levine said. “We have many months ahead of vaccination and everything we can do to streamline it, to unify it, to reach people who are being left behind is just going to yield great dividends for the city," Levine said.

By now, Driscoll has some suggestions for those trying to register for the vaccine.

But for those continuing to struggle in landing an appointment, the vaccine angel will keep plugging away at her computer, bringing hope to people who need the vaccine the most.

"It feels great. I'm definitely getting something out of it and it feels like I'm unemployed right now so this is giving me a purpose, something to look forward to every day," Driscoll said.