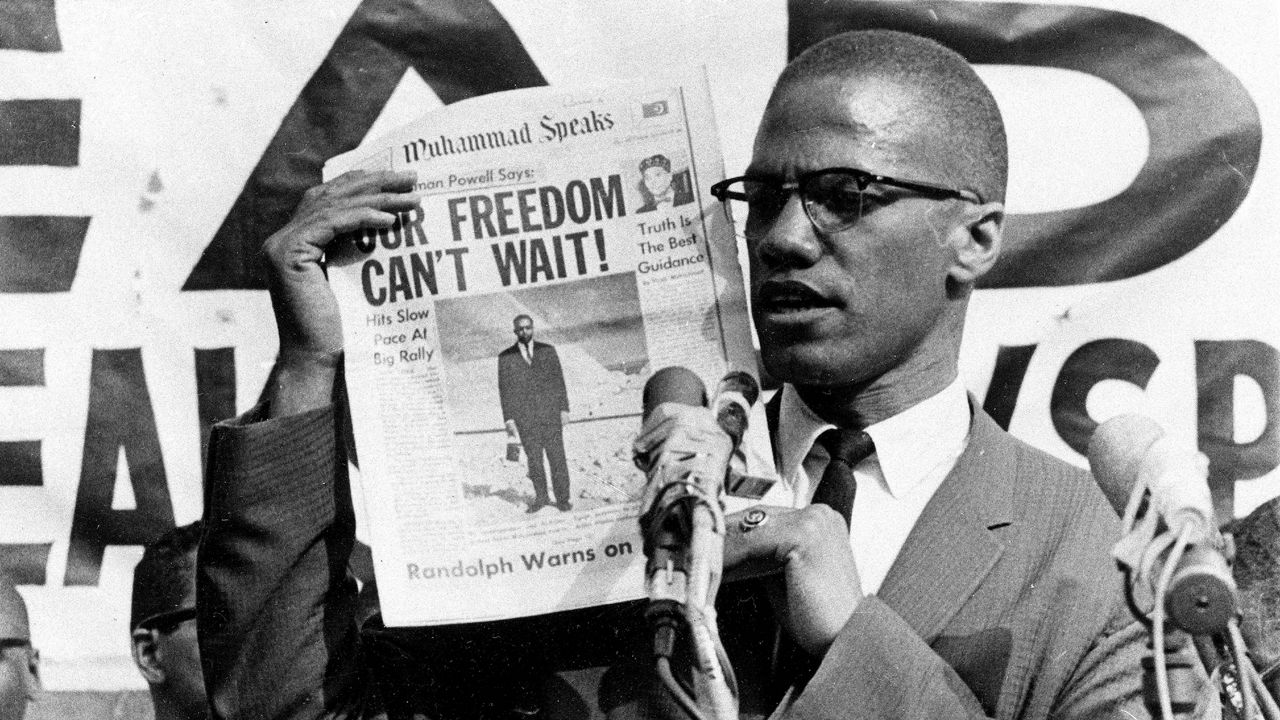 NEW YORK — The daughter of a deceased former NYPD officer is speaking out about a letter that purports to show that her father was involved with the assassination of civil rights leader Malcolm X.

The letter, released last weekend, is said to be written by Raymond Wood. In it he alleges the FBI and NYPD conspired to assist with the assassination, cover up details about it and undermine the civil rights movement.

In an exclusive interview with NY1, Wood’s daughter Kelly said the letter is forged. She said her cousin, Reggie Wood, who read the letter aloud at a news conference on February 20, just wanted attention for himself and a book he worked on.

“I know that my father did not write this letter,” Woods told NY1’s Dean Meminger. “I know that is not his signature and I know the envelope they're using to somehow justify that the letter was mailed is also a fake."

In the purported letter, the officer confesses that he played a part in the arrest of two members of Malcolm X’s security team just before the shooting and that Thomas Johnson, who died in 2009, was wrongfully convicted for the murder.

"I participated in actions that in hindsight were deplorable and detrimental to the advancement of my own Black people," the letter says. "My actions on behalf of the New York City Police Department were done under duress and fear."

The author also writes that he was afraid he would face major consequences if he came forward and wanted the letter released after his death. Wood’s daughter refutes that.

“My father is not a coward. He would have never, ever asked anyone to speak on his behalf after his passing. If he had something to say, he would have said it when he was alive,” she said, while also claiming that the signature is not her father's.

Woods called the release of the letter a “slanderous act” and a “stain” on the “reputation that he worked so to protect.”

Her father died in November of 2020 at the age of 87. He worked for the New York City Police Department for 21 years and retired as a sergeant.

"Several months ago, the Manhattan District Attorney initiated a review of the investigation and prosecution that resulted in two convictions for the murder of Malcolm X. The NYPD has provided all available records relevant to that case to the District Attorney. The Department remains committed to assist with that review in any way,” the NYPD said in a statement.

Malcolm X was gunned down at the Audubon Ballroom in Washington Heights on February 21, 1965.

"Any evidence that provides greater insight into the truth behind that terrible tragedy should be thoroughly investigated,” said Ilyasah Shabazz, the daughter of Malcolm X.

The FBI says it is aware of the letter and that it is cooperating with the Manhattan DA's review.

We reached out to Reggie Wood for a comment on this story but have not heard back.