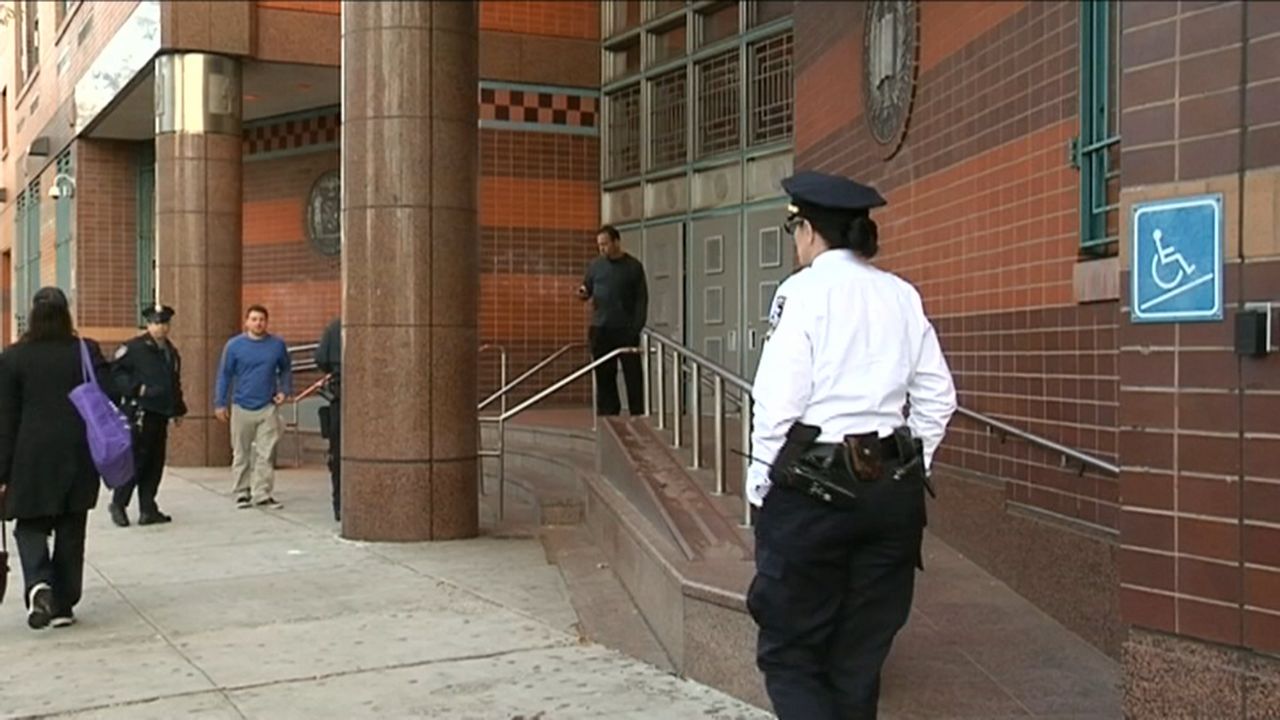 "I'm going to talk personally, my school is a couple blocks away from where Eric Garner was killed,” Brielka, a freshman, said.

The safety agents are a part of the NYPD, and while they do not carry guns, they have the power to make arrests. Brielka says, in the experiences her friends have had, the agents sometimes escalate confrontations, instead of defusing them.

Amid such complaints, and as cities nationwide have pulled police out of classrooms, City Hall has promised to reform school safety, and move the agents under the jurisdiction of the Education Department.

But at a City Council hearing, an Education Department official dropped a bombshell: the NYPD was planning to spend $20 million to hire 475 new agents, in two new classes.

The DOE official who broke the news, Kenyatte Reid, executive director of the Office of Safety and Youth Development, made clear his own frustration with that development.

"That was a breach of the agreement, that was never agreed to at budget adoption,” he said.

Some students like Brielka, who testified at the hearing, say there should be no safety officers at all.

"At the end of the day, I feel like a guidance counselor could do much more than a police officer could do in any school altercations,” Brielka said.

Other DOE and NYPD officials at the hearing insisted the plans for the new officers were preliminary, and Treyger says the mayor’s office texted him during the hearing that the information wasn’t authorized for release. But his question remains: is it accurate?

He says even the suggestion of more agents is a non-starter.

“If the purpose of that was to issue a trial balloon, they got their answer. There is no appetite to hire additional NYPD agents in schools. There is strong support to hire more social workers, more counselors,” Treyger said.

Spokeswomen for the Education Department and City Hall did not respond to specific questions about the progress the city has made in removing the agents from the NYPD, or how adding more agents would square with that promise.

“As Deputy Chancellor Robinson clarified during the hearing, no decisions have been made. We share a commitment to maintaining the physical and social-emotional safety of our students as the transition continues between agencies,” de Blasio spokeswoman Avery Cohen said.

The Council hearing last week was to consider legislation to hold the mayor to his promise — to move the safety agents to the Education Department and give them new training. The mayor has said he would do that by 2022, at which time, there will be a new mayor in office.