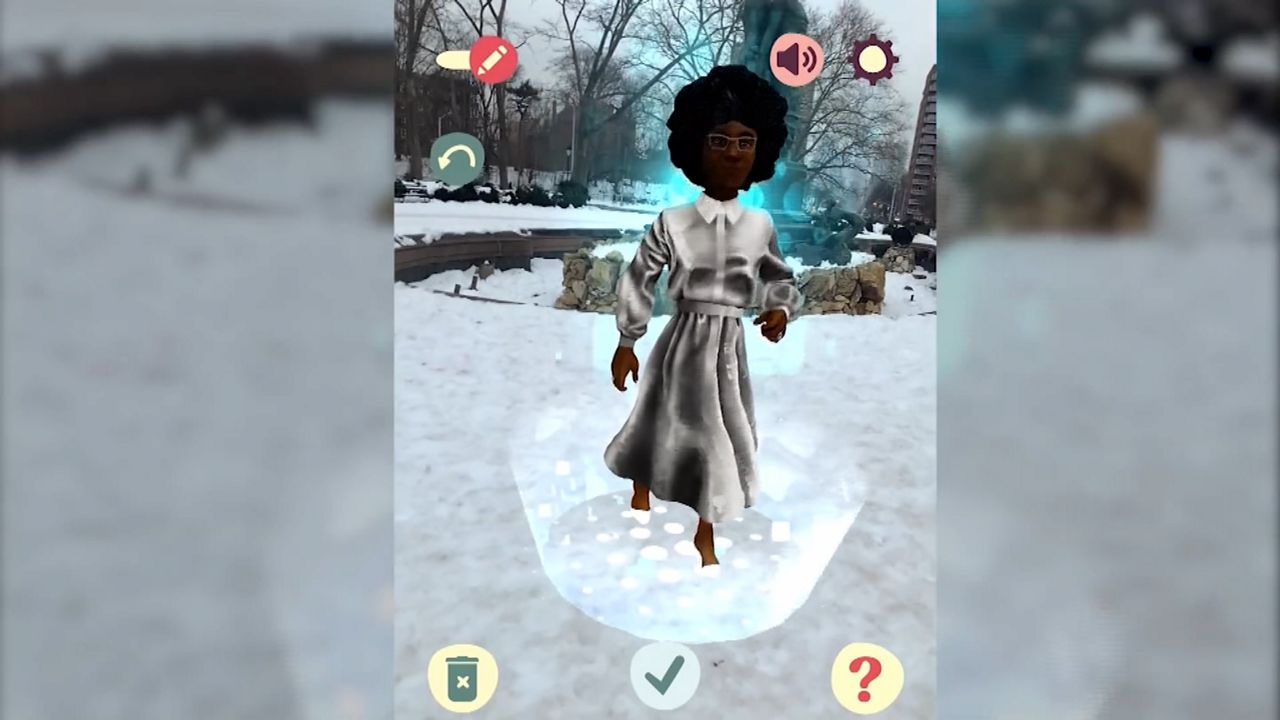 “Every Black and Brown kid in America knows that they’re not getting the full story of history, and we’re here to change it," Glenn Cantave said.

Glenn Cantave is one of the brains behind this new app, Kinfolk. With the click of a button, users can choose a historical figure, like Toussaint Louverture, who led Haiti's fight for independence against the French, or Shirley Chisholm, the Brooklyn congresswoman who ran for president - and virtually place a monument of them anywhere.

“What’s exciting about this for us is that there’s no red tape. You don’t really need any permission to do this from anybody,” Cantave said.

The app captures the stories of historical figures that Cantave says are often forgotten about in the classroom setting and that are definitely missing among the more than 800 monuments across NYC.

The app is a product of Cantave's work as the CEO of Movers and Shakers, a non-profit that works to highlight the narratives of Black and Brown people that minimized, overlooked, or ignored.

For Cantave, it’s not just about teaching history. It’s about inspiring Black and Brown children, letting them know there are all sorts of heroes to look up to, especially heroes that look like them.

“The stories of women, people of color, the bi community, the LGBTQ+ community, people who were forward thinkers, who were revolutionaries in their own right and ways. And to change the mindset of a generation, it literally starts with the youth,” Cantave said.

Cantave plans to bring in experts to contribute to Kinfolk in order to build the archive queue - allowing kids to continue learning history while virtually being surrounded by leaders who represent them.

“The root of the problem is that black history isn’t appropriately told, it’s been white-washed, it’s been excluded from our history textbooks, from our public spaces, from our cultural institutions. So, we want to take the next step and integrate it all together so the term is obsolete and there’s no need for it,” Cantave explained.