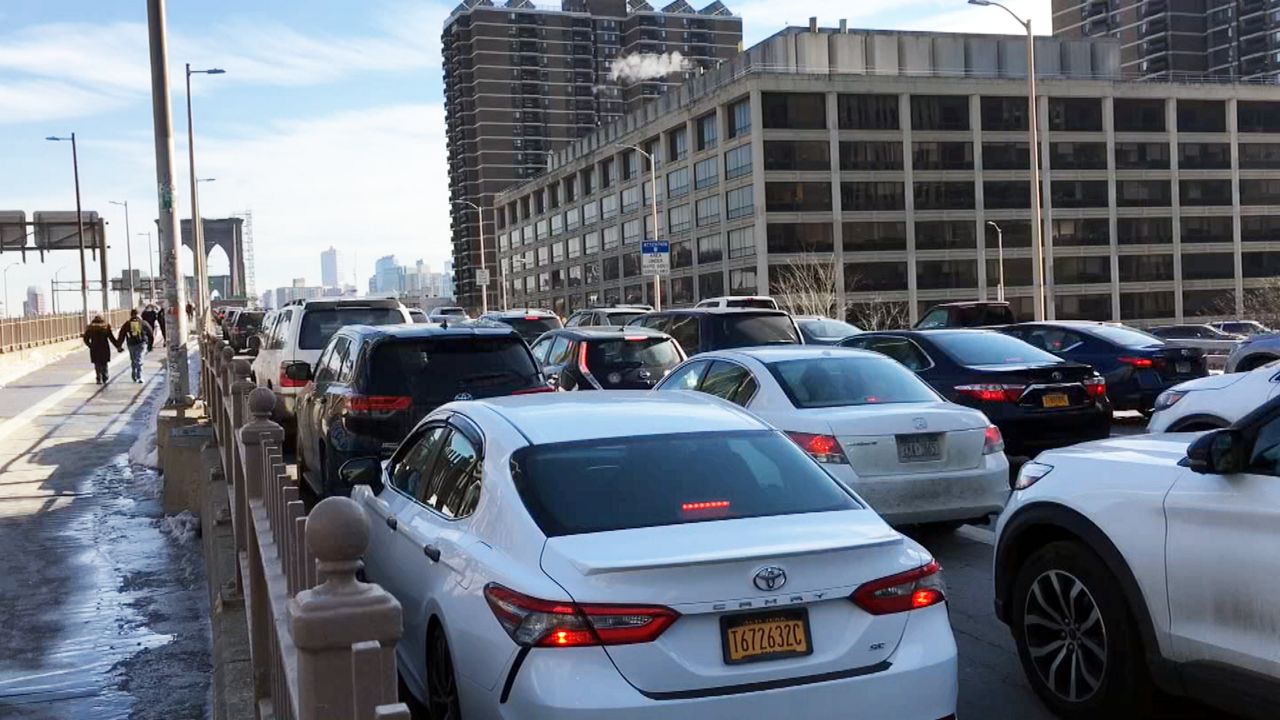 NEW YORK — Dozens of cab drivers on Wednesday temporarily shut down traffic on the Brooklyn Bridge as they called for medallion debt relief.

The shutdown followed a protest outside Gracie Mansion as drivers testified remotely at a City Council hearing.

The group then drove outside Senate Majority Leader Chuck Schumer's Brooklyn home, where they cheered after hearing the senator released a statement in support of debt relief.

The executive director of the New York Taxi Workers Alliance released a statement saying, "Now, we have a commitment of support from the official that the mayor relies on to deliver that federal aid to the city. It's time to act now and put an end to this crisis of poverty and debt."