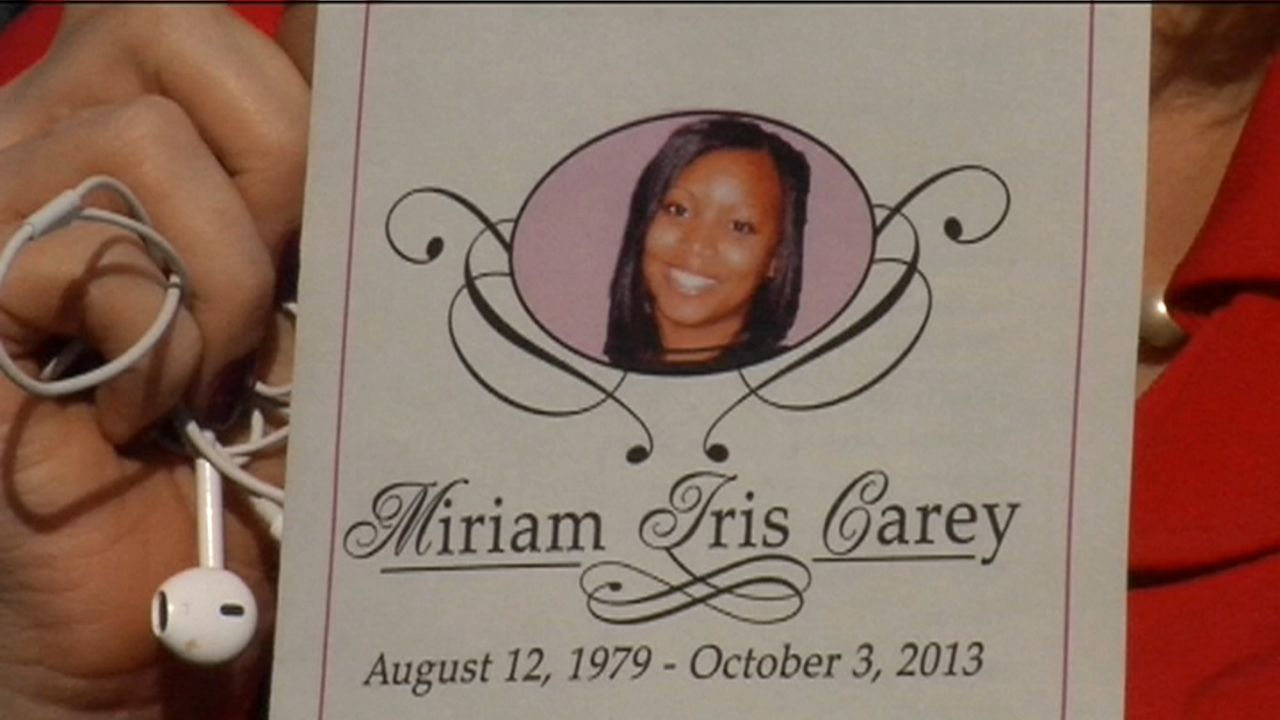 NEW YORK - The insurgents who were able to break into one of the most revered buildings in the nation, almost all of them, were later seen walking out after the siege, unharmed.

While the world watched in disbelief, for Valerie Carey, what happened at the U.S. Capitol this week, is like fresh salt on an old wound.

“They were handled with care. With consideration, as if they were individuals or people. They didn’t see my sister as a person. I don’t even believe they would’ve shot a dog in the street that way,” said Carey.


Her sister, Miriam Carey had her own encounter with Capitol Police and the Secret Service, but she did not survive it.

“They shot at her over 26 times. They shot her in the back, in the back of her head and body. These bullets barely missed my niece,” said the sister.

On October 3, 2013, Miriam Carey was driving in Washington D.C. with her 13-month-old daughter in a car seat.

According to official reports, Carey was shot and killed by officers after allegedly trying to drive through a White House security check-point. The Brooklyn family says that’s not true. They claim she made an unintentional wrong turn. They also say widely circulated allegations that the 34-year-old dental hygienist was having a mental health crisis, are also false.

“The state of my sister’s mind in that moment, no one can speak to it and it’s really damaging. My sister was driving. She wasn’t in the commission of a crime. She had no weapon on her,” added Carey.

“Everyone just wrote it off as, it’s just some lady who just didn’t follow the officers’ commands and she ran somebody over, which is all false by the way," said attorney Eric Sanders.

During the initial investigation, the Department of Justice determined that there was no willful violation of Carey’s civil rights. The case was not presented before a grand jury and was closed.

Now, the family has launched a petition calling on the DOJ to take a second look. Their attorney says the swiftness with the U.S. Capitol breach is being investigated, should have been applied to Carey’s case.

“Why was her case handled differently? Is her life less important than a congress-person or the people’s house?” asked Sanders.

Miriam Carey’s daughter is now eight years old. The family still has not told her how her mom died.