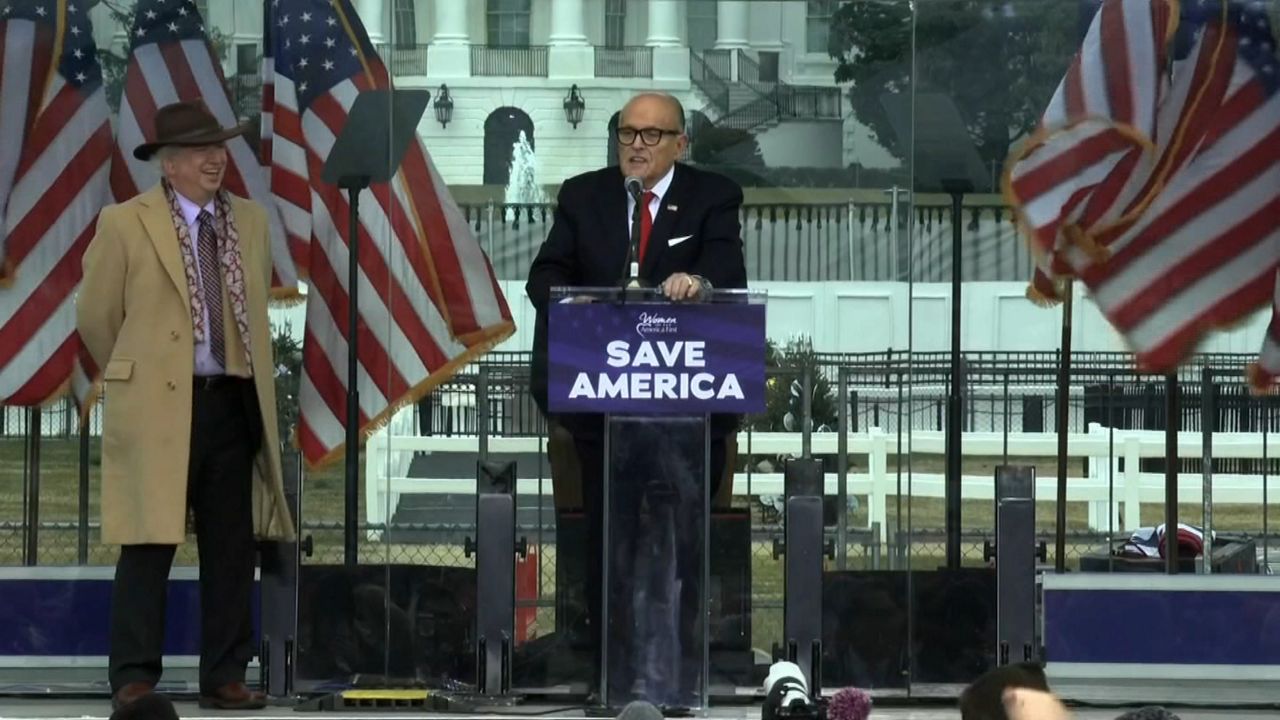 Rudy Giuliani Is Accused Of Inciting A Riot. It’s Not The First Time.

A peaceful demonstration turned ugly. Thousands pushed past barricades and mobbed the seat of government -- in this case, City Hall in lower Manhattan. There was vandalism.

And firing up the crowd was Rudy Giuliani.

Giuliani, then a candidate for mayor running on a law-and-order platform, gave a fiery speech to an enormous crowd of protesters that consisted largely of off-duty police officers. They’d gathered to protest then-Mayor David Dinkins and his plan for an all-civilian police oversight board.

“The reason the morale of the police department of the city of New York is so low,” Giuliani said, “is one reason, and one reason alone: David Dinkins!”

The protest devolved into mayhem, as rioters jumped on cars and blocked traffic on the Brooklyn Bridge. On-duty officers did little to police the crowd, much like the scene Wednesday at the Capitol.

Then, as now, critics said Giuliani, a former U.S. Attorney, was culpable.

“For Rudy Giuliani to urge them on, as it were, demonstrates an irresponsibility on his behalf,” Dinkins said that day. “He who professes to be a law enforcement person.”

Wednesday, instead of police officers it was Trump supporters seeking to overturn the results of the election, with Giuliani again as cheerleader, telling protesters: “Let’s have trial by combat.”

Giuliani on Thursday seemed to argue he could not have incited the rioters because their actions were premeditated.

“This was planned,” Giuliani said on his talk radio show on 77 WABC. “The people, if they were at the actual speech at all, certainly had planned to do this before that speech took place.”

On Twitter Thursday, Giuliani did condemn the violence as shameful and criminal, but at the same time continued to peddle the bogus claim that Democrats used voter fraud to win the election.