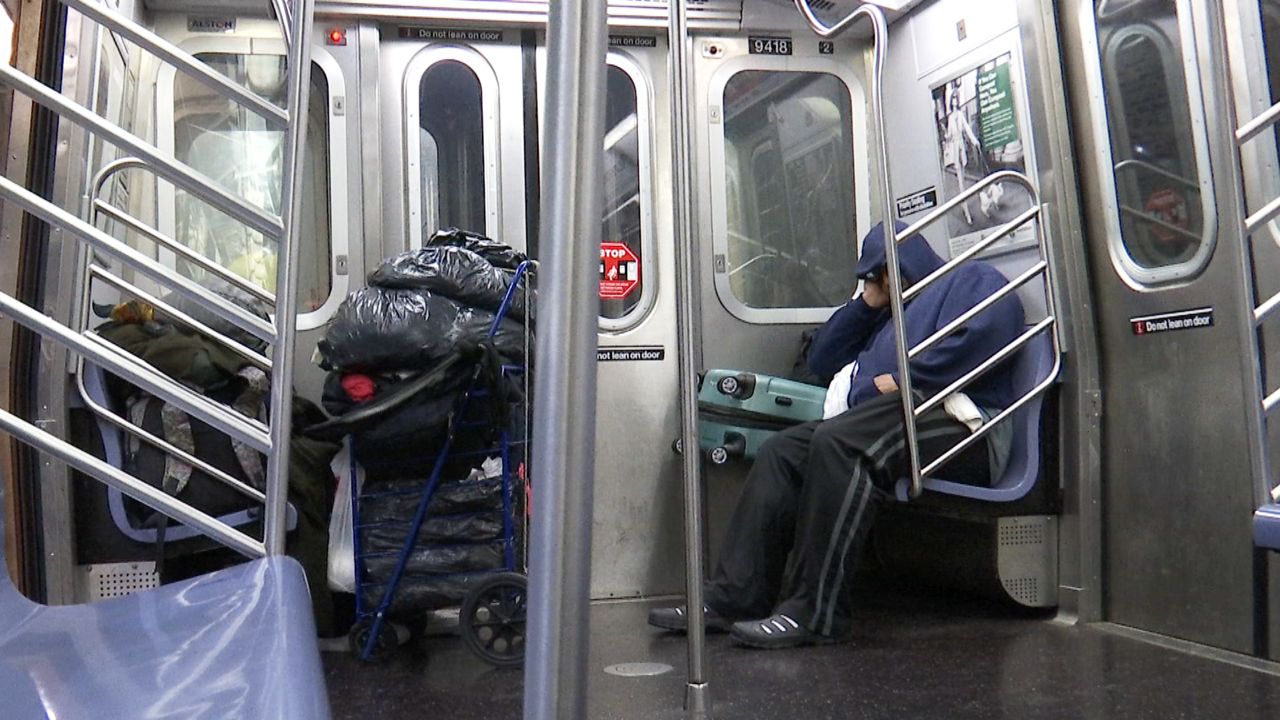 NEW YORK - For months, the city has been grappling with how to handle people experiencing homelessness in the midst of a pandemic.

Now, a leading advocacy group says the problem is getting worse.

On Wednesday, the Coalition for the Homeless released new data showing the number of single adults sleeping in city shelters every night has reached a record high. In October, more than 20,000 single men and women were in shelter.

The alarming figure comes as the mayor continues to defend his decision to move hundreds of homeless men out of the Lucerne Hotel on the Upper West Side.

The mayor had promised to move the men out of the hotel earlier in the fall after some residents complained that their quality of life was deteriorating. The city has been housing thousands of homeless men and women in hotels to protect them during the pandemic.

The mayor said he would move the men to a hotel downtown.

That move is now on pause after some of the men and residents in Lower Manhattan sued.

Former staff members of the de Blasio adminstration are also speaking out against their old boss.

In a letter signed by more than 20 former top aides, including two deputy mayors, they urge the mayor to change his mind.

"Although it is within your legal power to move these shelter residents,” it reads, "it is not in anyone’s best interest." It goes on: "Now is the time to use your discretion and judgement to lift up the people you came into office to help, rather than those trying to keep them down.”

Lincoln Restler, who worked in the administration for seven years, signed onto the letter.

“We cannot defer to the loudest, angriest voices,” Restler said. "For some reasons, Rudy Giuliani former deputy mayor has somehow convinced City Hall to do the wrong thing. And my former colleagues and I are asking the mayor to change course.”

But on Wednesday, the mayor doubled down.

“This move is going to happen, but there are still other folks in need who can use their warmth and their support this holiday season,” the mayor said.

“I respect my colleagues a lot,” de Blasio said. "I just very much have reviewed this situation carefully. I have had conversations with Commissioner Banks in detail about this. We are doing the right thing."

And in a separate letter to the Department of Homeless Services on Wednesday, the head of the council’s committee on general welfare, Stephen Levin, said his committee would investigate all of the city’s relocation efforts, specially at the Lucerne.