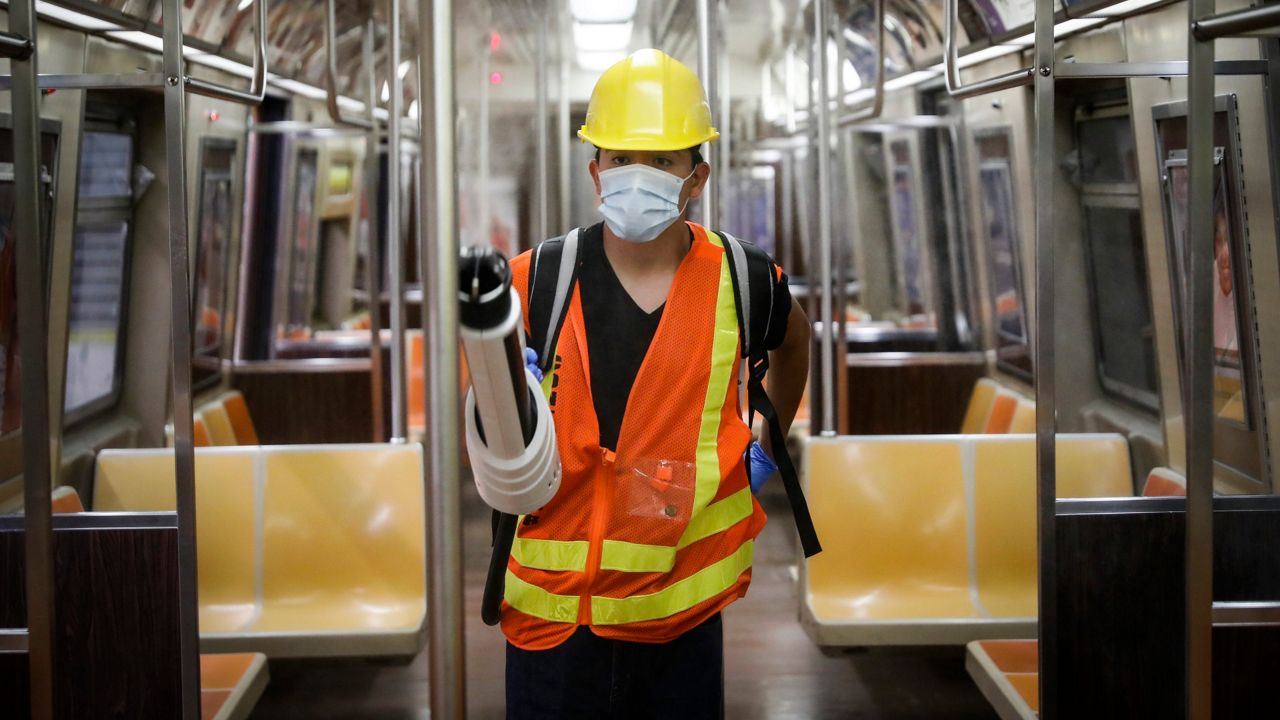 While the city sleeps, Jessi Rodriguez is out the door of her Bronx home at 2:45 a.m., so she can be on the job at Lenox Hill Hospital by 5:00 a.m.

She starts by consulting a transit app.

"Warning signs on these buses, so this is not the route that I would want to take, because I want to make it to work on time," she said.

After checking to see if the buses are on time, Rodriguez decides her best bet this morning is the Bx99, which runs from the Bronx through Manhattan's East Side.

It would be far easier to take the No. 4 train; it's closer to her home, and faster.

But that's been impossible since the MTA halted all subway service from 1 a.m. to 5 a.m. in May.

Some trains still run: on this morning she is walking beneath one rumbling above Jerome Avenue, but there are no passengers. It is being repositioned for the morning rush.

"There's still people that take it to work and we need our trains to be running," she said. "Our team is struggling to get to work.”

Rodriguez is one of at least 20,000 straphangers whose commutes have been upended by the service suspension.

The MTA says that, because of the pandemic, it needs to clean and disinfect stations and train cars, and prevent homeless people from sleeping in them.

On this morning, Rodriguez's commute is relatively smooth, despite a car crash along the way.

But she prefers the train.

"Of course, it's more convenient for me," Rodriguez said. "And I get to sleep longer."

The decision to bring back overnight service rests with Governor Andrew Cuomo, who has said only that it would return when the pandemic is over.

The president of New York City Transit, Sarah Feinberg, told workers during a virtual town hall in October that overnight service would not resume until the middle of next year at the earliest.

Andrew Albert, an MTA board member, says the shutdown is unnecessarily inconveniencing riders.

He says the MTA can resume service and still keep the system clean.

"Perhaps it isn't to the amazing extent that it is right now, but it will certainly be enough to kill most germs and to get people where they need to go," Albert said.

Rodriguez, a phlebotomist, is working in the COVID-19 unit on this day.

Her commute into work takes an hour, twice as long as it was by train.

Rodriguez says the daily grind of the bus ride is wearing on her. So she's working on a new travel plan.

"I'm currently taking classes to drive so that I can get my driver's license, so that I'm not commuting on the MTA anymore," she said.