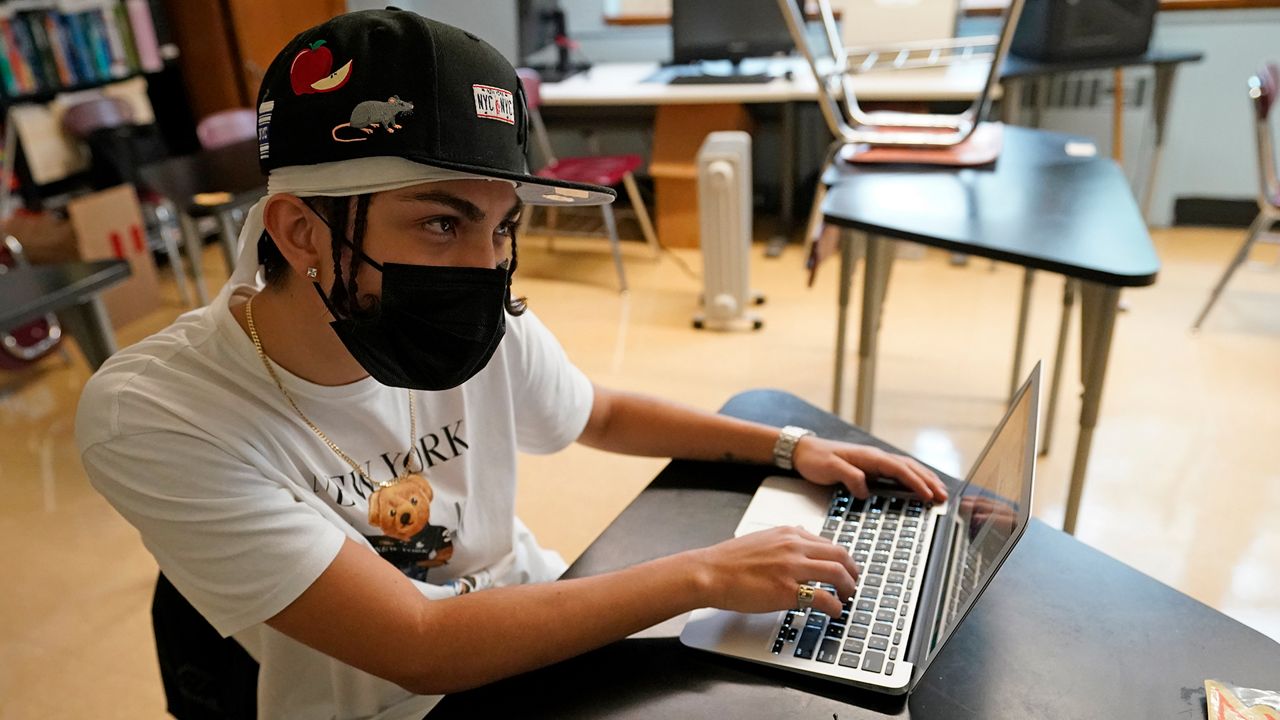 Mayor de Blasio's announcement that students will be allowed to attend school five days a week when classrooms reopen comes with a big asterisk.

It will only be possible in schools where a large number of students have chosen to only learn remotely, leaving enough space for all of the remaining children to attend every day and still be socially distanced.

"Most will be able to get to five-day over time, some as early as Monday, December 7th, some will take more time. There will be schools that can't get the five-day, but certainly can improve the number of days that kids will be able to come,” the mayor said during his daily briefing.

Only 190,000 children — all of them in pre-kindergarten through fifth grade, or in District 75 special education schools — will be allowed to return initially next week.

Those are the students who had enrolled to learn in classrooms and remotely on alternate days, the option known as blended learning. The problem is, the number of students in blended learning varies from school to school.

Schools Chancellor Richard Carranza said each principal is still figuring out whether they have the space and staff to allow their students to attend in person five days a week.

"They're doing that analysis right now, and we hope to have much more detailed information later this week,” he said.

The city has not released each school district's in-person enrollment figures since in mid-October. At that time, Brooklyn's District 15, covering Park Slope, Cobble Hill, Sunset Park and Red Hook, had the highest rate of students in person at %55.

Local City Councilman Brad Lander said, because the percentage is so high, it's unlikely many of those students will see more time in classrooms.

“In most of our schools, about 60% of families opted for in-person learning. So that has meant that there is this Cohort A, and Cohort B, and that the cohorts have nine students in most of the classrooms. And so there’s no room to get to five days a week,” he said.

Lander said that without school-by-school numbers it's hard to tell whether the children who would benefit most by being in school five days a week — for example, homeless students, or special education students with individual learning plans — will be able to.

With such a small proportion of the city’s one million students getting a full-time in-person education, he said it would have made more sense to give such students the first crack at it.

As of those mid-October figures, some districts saw significantly lower opt-in for in-person learning. If those figures hold through recent enrollment periods, students there may have a better shot at more frequent in-classroom learning.

In District 26 in Queens, which includes Bayside, Little Neck and Fresh Meadows, just 33% of students had chosen in-person instruction, with 67% choosing remote — the lowest in-person enrollment as of the most recent data.

Some parents have also expressed frustration that they won’t have another opportunity to opt in to in-person learning now that they know it will be offered five days a week. But the Education Department said it made clear that was always its goal when asking parents to make a decision during a two-week period in November.

“When we opened the opt-in period earlier this month, we did so with the explicit goal of offering more days of in-person instruction, up to five days a week, to those that chose to enroll in blended — we’re simply making good on that promise,” Press Secretary Miranda Barbot said. “We are asking schools to approach programming equitably, which will mean prioritizing full-time seats for students experiencing homelessness and those with disabilities.”

The period for parents to choose blended learning — the only chance they will have for the rest of the year — came at the same time coronavirus cases in the city were rising and the mayor was warning of an impending school shutdown.