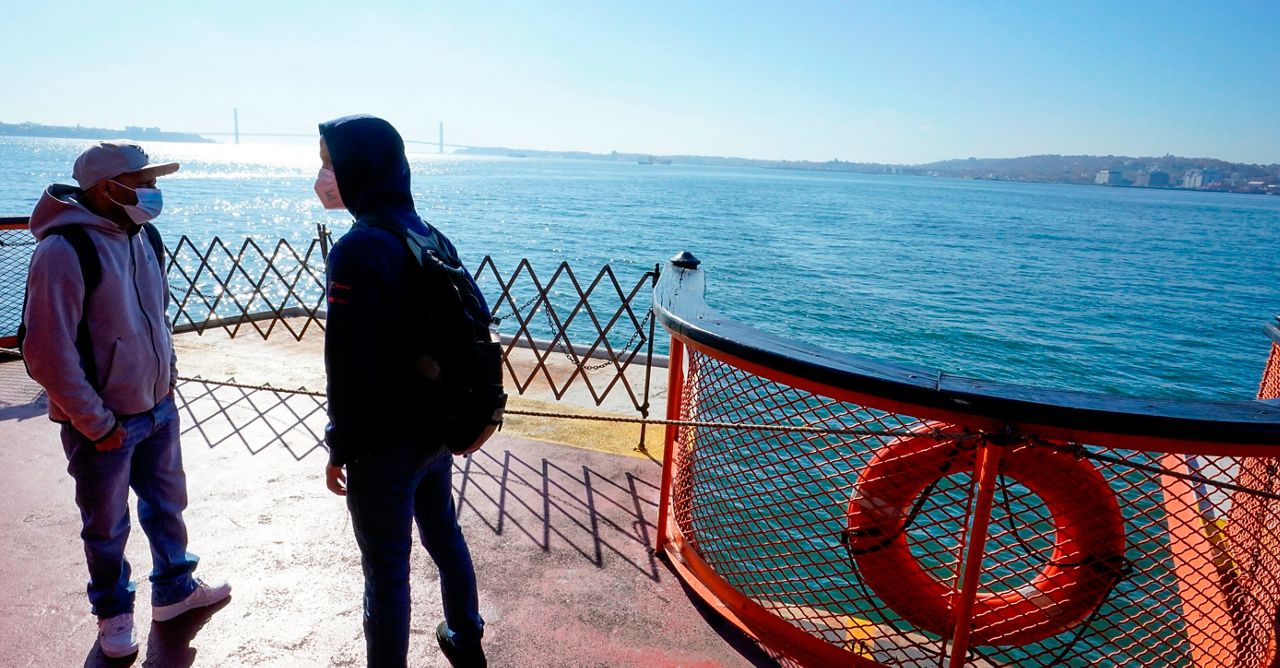 NEW YORK - They are still making pizza at Palermo's, but will these pies be sold? This Richmond Valley neighborhood is part of the new orange zone on Staten Island because of a rise in Coronavirus cases. That means no more indoor dining at the pizzeria and other restaurants. And non-essential businesses like barbershops, beauty salons and gyms were supposed to close Wednesday.

“Half of the stores are closed and we used to sell a lot of slices because people were working over here but now you know everything is closed,” said Dario Daubrd, owner of Palermo Pizzeria.

The orange zone went into effect across the southern part of Staten Island. The rest of the borough is a less restrictive yellow one.
Next door to Palermo Pizza, the owner of the Sunbelievable Tanning Salon cannot contain his anger. He says he's not downplaying the virus, but wonders how he’s going to pay bills and his employees.

“You didn’t even tell us how long we have to be closed for’” Bobby Catone said. “Is it a week, 2 weeks, 2 months, 3 months. Is it indefinitely.”

The pizza shop owner agrees. He says outdoor dining, pickups and deliveries are not enough to make ends meet especially as the weather turns cold.

“Means I lose money, a lot of people are going to lose a job too because I can’t handle no more like this,” said Daubrd.

The tatoo parlor is closed, but Towne Boutique is open although the owner said she did see a dip in business Wednesday.

“We called 311 and we called to make sure and we were told we could be open,” said Michele Ansert.

The southern part of Staten Island is considered a republican area of Staten Island. Some residents and business owners say they feel the state's democratic leadership is punishing them with the restrictions.

“Once again being effected by the political nonsense of our governor and mayor," said Catone. “No Reason for this shutdown. All you are doing is moving people from the south shore to go patronize businesses on the north shore.”

Cuomo says virus test results are dictating closures and that this part of Staten Island has one of the highest rates of positive tests in the city.