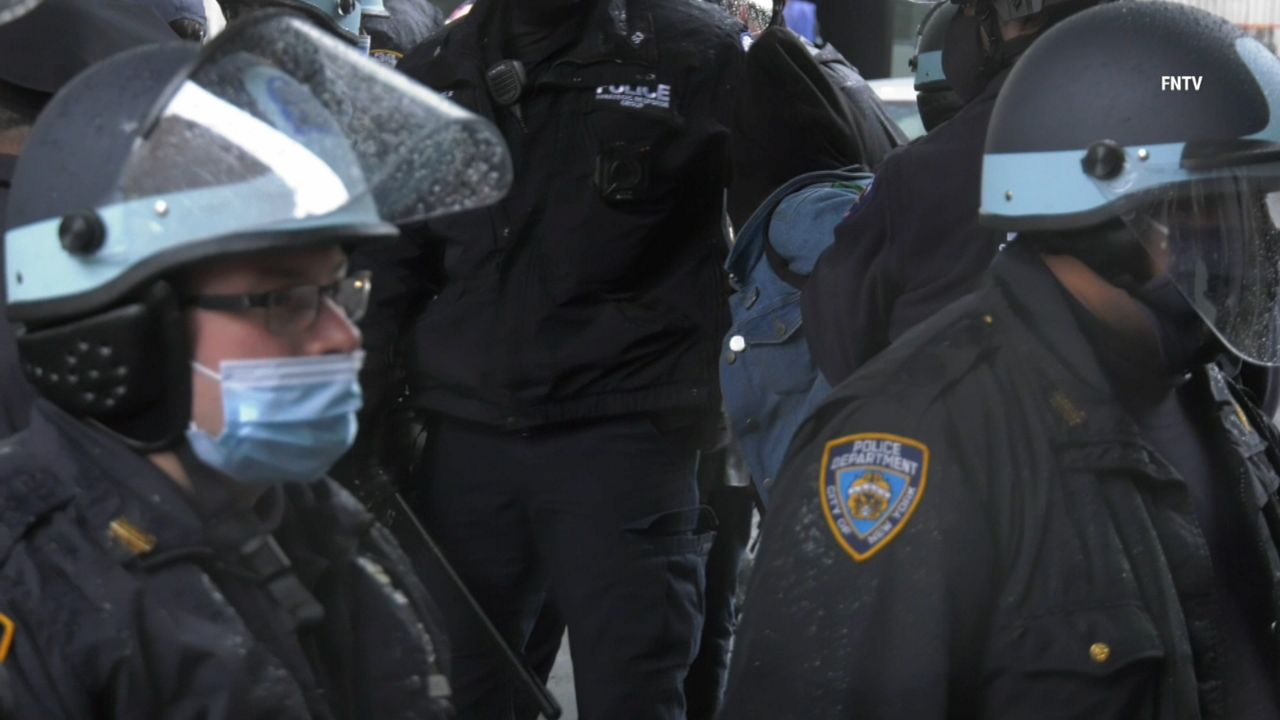 NYPD: 10 Arrested After Police Respond to Protest in Manhattan

Police say 10 people have been arrested after they responded to a protest in Manhattan earlier Sunday.

The incident occurred at 10th Avenue and West 24th Street, right underneath the High Line in Chelsea, according to police.

Videos posted to social media show the altercation between demonstrators and police, which culminated with protesters shouting at police and officers shoving protesters out of the street and onto the sidewalk.

According to multiples reports, the protesters began at Madison Square Park then made their way to Chelsea in anticipation of crossing paths with a pro-Trump caravan, but instead ended up clashing with police.

It was reported earlier in the day that members of the press had been arrested during the altercation; however, the NYPD has released a statement denying that took place.

It is being reported on social media that earlier today members of the press were arrested during a protest in Manhattan.

These reports are false.

All arrested individuals from today's protests have been verified to not be NYPD credentialed members of the press.” pic.twitter.com/Xbxhk1FK79

All of this comes just days before the presidential election, with some businesses across the five boroughs boarding up storefront windows in case there is unrest in the aftermath of the election.