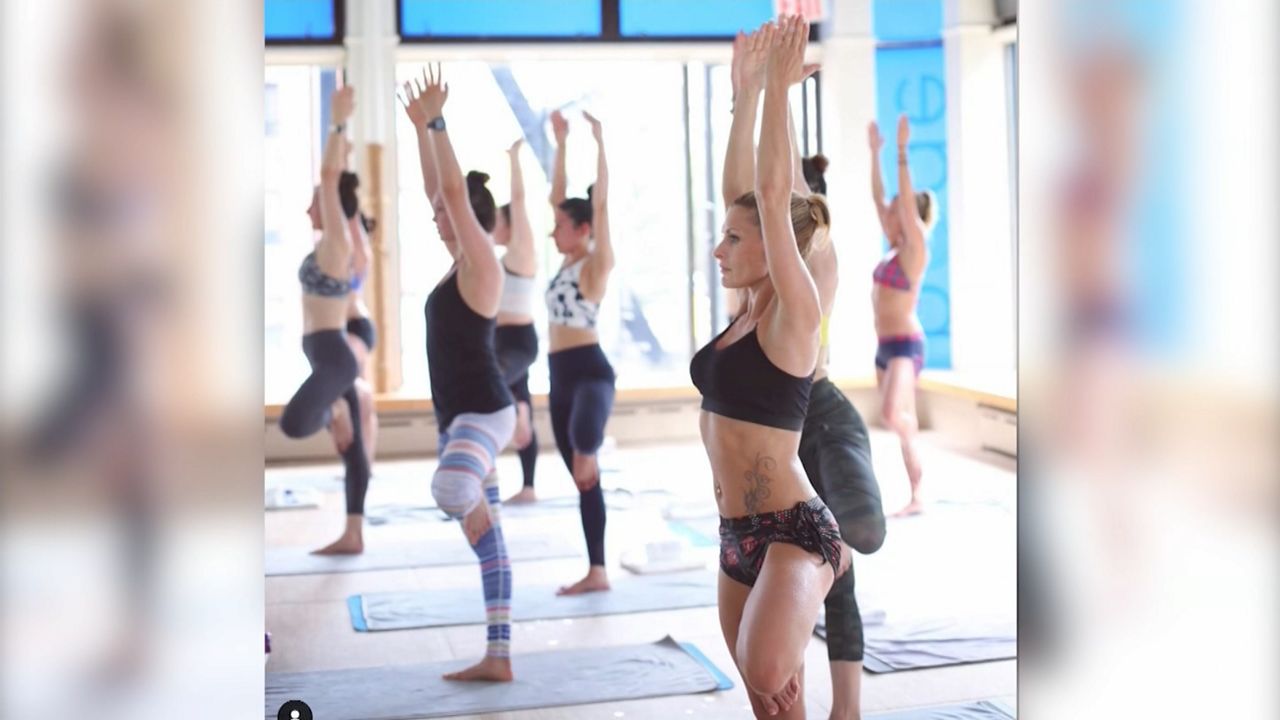 NYC Yoga Studio Struggles to Stay in Business Amid Pandemic

NEW YORK - This is not how Taylor Collins is used to practicing yoga, but at least today she's doing it.

This week she made the trip from Brooklyn to the Upper East Side to practice at bode NYC - her regular studio where she'd normally be practicing with her mother, sister and others.

But, instead of joining a group class, she practices alone listening to the teacher over an audio recording. That's because under the city’s reopening guidelines for gyms and fitness centers, group fitness classes, like yoga, Pilates, and barre, aren’t allowed to resume due to the risk of spreading COVID-19.

Not being included with the opening of gyms last month dealt another severe financial blow to studios like bode NYC that have barely been able to survive since being forced to shut down in March.

Dozens of studios across the five boroughs have already closed permanently unable to hold on and pay rent and other bills without a steady stream of clients. Jen Lobo, the co-founder of bode NYC, who runs three studios in Manhattan, had to close two locations and lay off 80 employees.

“We’re at the point where that loan money is gone, so we are at a point of make or break and at least 30 studios off the top of my head I know have already closed,” she said. “We’ve spent 21 years building a business, a great community of wellness, and people more than ever need this right now.”

Prior to the pandemic, her three studios saw 700 people per day. Now, she sees about 15.

Meanwhile, group fitness classes statewide have been allowed since August.

“That's the part that we're all scratching our heads about, like why can you go to Westchester or Nassau County or anywhere outside of New York and take a yoga class? Why is it different for a group of people to take yoga in New York City as opposed to 10 miles away,” said Lobo.

The mayor’s office said it’s “continuing to evaluate the rapidly-evolving public health situation,” adding “the best way to keep people safe is by limiting high-risk activities like these.

But for people like Bob Harper, another member of bode NYC, yoga is less risky than other activities that are allowed.

“I just don’t understand why the yoga studios aren’t open here in the city because gyms are, and I would feel very uncomfortable running on a treadmill, panting and touching everything. Here, our yoga studio, we bring our own mats and our towels. I don’t touch anything that is not mine,” said Harper.