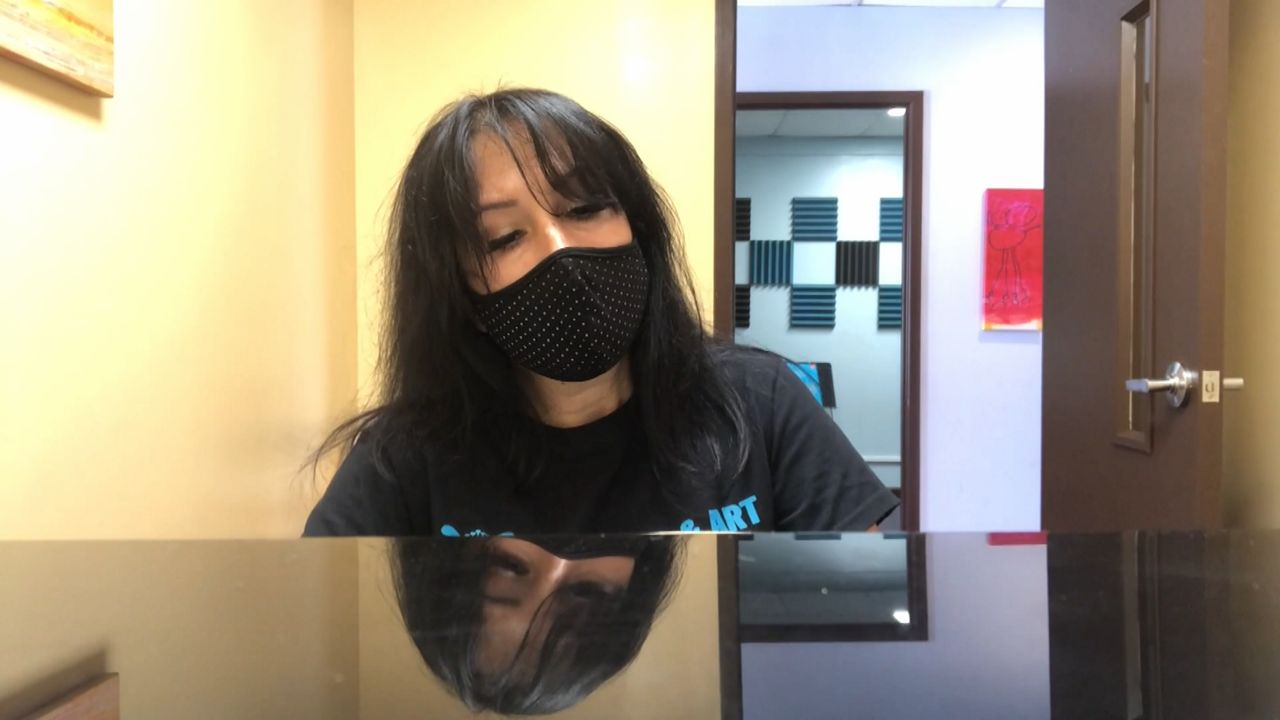 Her fingers dance across the piano keys, striking with precision and force, and a familiarity Magi Kapllani has known her entire life.

She described it this way: "I love it. I feel like I'm flying. You can feel my heartbeat. I don't really think on the fingers. I feel like at this point my fingers have their own mind; they know where to go."

She was born in Albania, to parents who were accomplished musicians—her father a famous composer and her mother a revered teacher. They owned a music school that drew thousands of students.

"Music was it. That was our life. We love doing it, we love sharing it,” Kapllani said.

And so it was only natural that Kapllani would pursue a career in music as well.

In 1999, she came to the U.S. to attend music school at the University of Illinois.

She performed all over Chicago.

Then she met her husband, and found herself in New York, on Staten Island, with a family.

The transition to American life was not always easy.

"It's vast and gorgeous...But you can be lost. For me, music, my piano, being surrounded, it kept, it was that line, ever since I was born it was with me. I did not lose that by moving to different continent," she said.

In 2003, she opened the DEA Music and Art studio on Staten Island, naming it after her parents' school in Albania.

She had eight students at first.

Now, she has more than 500 students. And she's expanded to three schools, with an opportunity to add more through franchising.

And so the family tradition continues: both Kapllani's daughters grew up around music, just as she did. And both are talented musicians—playing the violin, and the piano.

"Once one little thing goes wrong, it can just sound terrible. But then once you have everything correct...it's just so beautiful," said 12-year-old Amy, her youngest.

She has been playing the violin longer, but just like her mother, her first love is the piano.

And like her mother, and her grandparents before her, she said there's little else that can replace the joy she feels when her fingers hit the keys.