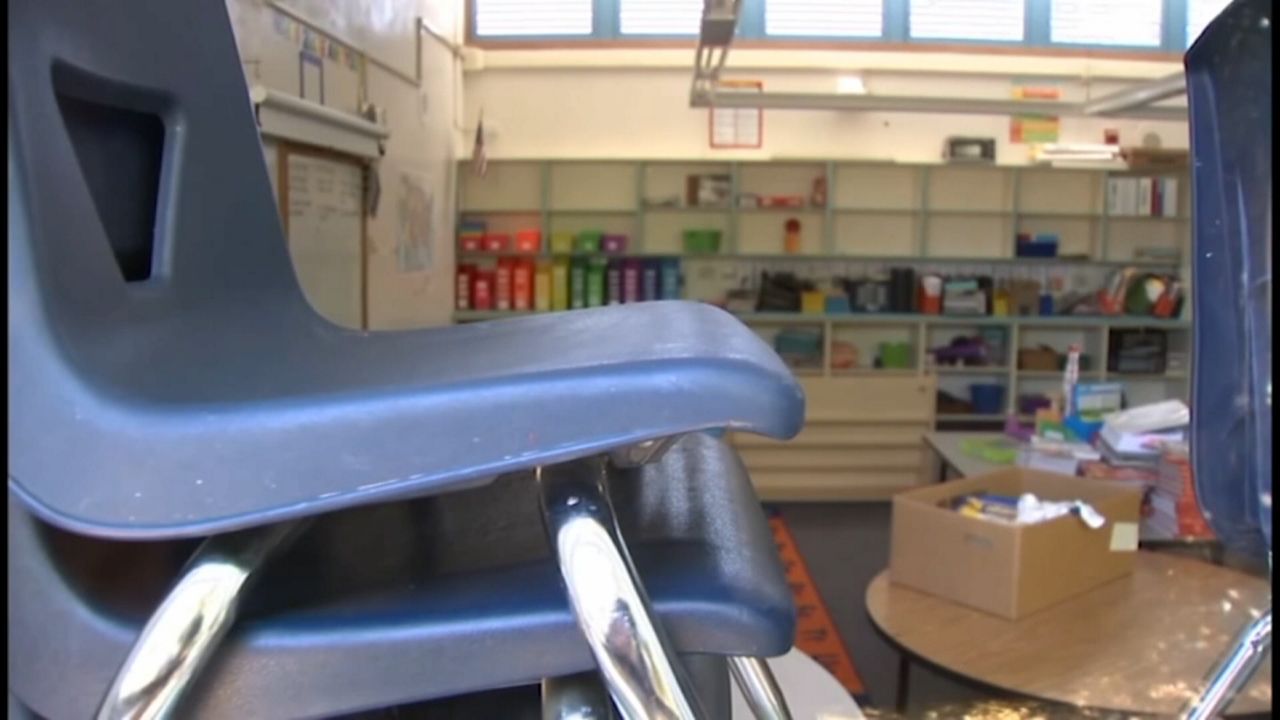 Parents in New 'Orange Zone' Say Their School Should be Open

P.S. 130 in Windsor Terrace hasn't had any cases of the coronavirus, nor is it in a ZIP code where the virus is surging. But it is within one of the state's COVID-19 zones. So on Thursday, it closed.

"It was heartbreaking to have to tell our kids yesterday that they couldn't go back to school. They call it real school, 'When do we get to go back to real school again?'” said Anne Norman, a parent with children at the school.

P.S. 130, which has an upper and lower school in two buildings, one of which shares its space with two other schools, is one of 66 school sites that closed Thursday. They are outside the nine ZIP codes Mayor Bill de Blasio shut down on Tuesday, but inside orange or red zones on new maps issued by Gov. Andrew Cuomo late Wednesday.

Parents said that's not fair to their children or the educators who got the school up and running.

"They're doing such amazing work to get this school open and ready, and it's so frustrating to have their work continually be caught up in the machinations of the governor and the mayor, and to just all come to nothing,” parent Travis Adkins said.

P.S. 130 is in the 11218 ZIP code, which was on the city's watch list, but not considered a hot zone. The percentage of positive coronavirus tests has not been above three percent for seven consecutive days, the threshold for school shutdowns under the mayor's initial plans.

Frustrated parents and students were joined by elected officials Thursday, who said they support closures in hard-hit areas, but argue this school isn't in one.

"What we're looking for is some consistency because no system is perfect, but if the governor and mayor decide on a whim that they're going to keep changing the protocols, then these parents and these students can't plan,” Assemblyman Robert Carroll said.

They didn't have much time to prepare for Thursday's closure, either. The governor didn't issue his final maps detailing the boundaries of the new orange and red zones until late Wednesday. The Education Department did not begin to contact families impacted until after 8 P.M.

"If you're in a public health crisis and you want, as we need, people to take shared collective action for public health, then you have to have a clear and coordinated message,” City Councilman Brad Lander said.