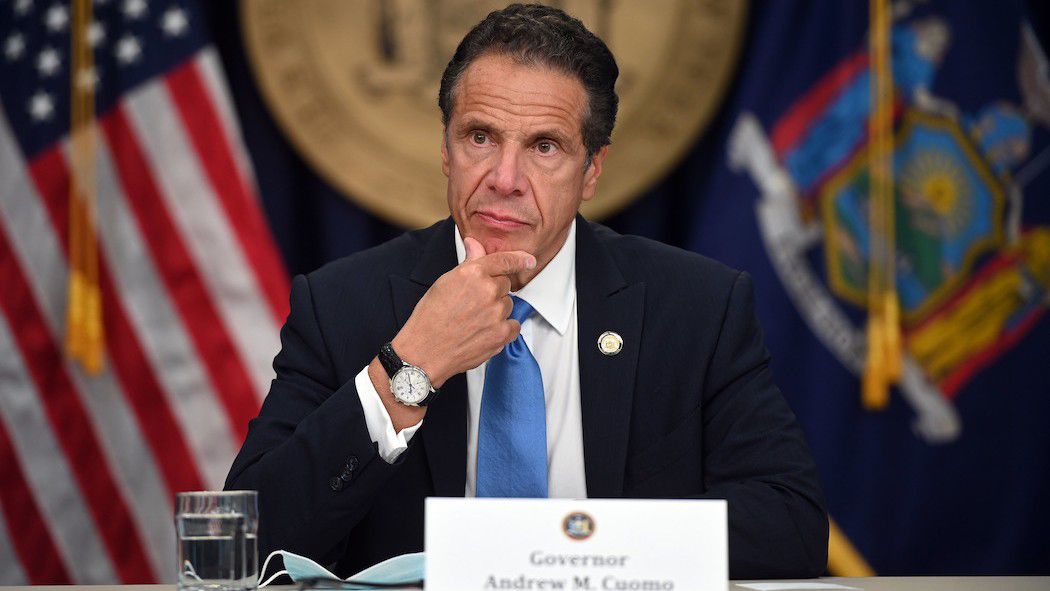 Facing a massive budget shortfall, Governor Cuomo has resisted calls to tax New York’s high income earners. But on Tuesday, the governor opened the door to the idea for the first time, indicating that taxing the rich could be part of the solution to the state’s economic morass from the coronavirus.

The economic impact of the COVID-19 crisis has left the state of New York with enormous budget deficits, with tens of thousands of people out of work and businesses forced to shut down.

The lack of revenue coming in means New York is currently facing an $8 billion gap, which is only expected to grow. On Tuesday, for the first time since the crisis began, Cuomo, with little fanfare, acknowledged that raising taxes could be part of the solution.

“You would have to do all of the above,” Cuomo said. “You’d need additional revenues. You’d need cuts. And you’d need potential borrowing.”

.@NYGovCuomo opens door to taxing wealthy. Says if federal government fails to come through, and no appetite to raise taxes at federal level, New York is looking at a combination of:

Cuomo says “It would need to be all of the above.”

According to the governor, that scenario will not play out until others have been exhausted. Cuomo said if people want to tax multi-millionaires and billionaires, that should be done first at the federal level, not the state. But more importantly, Washington should first come through with a coronavirus relief package that bails out states that have suffered.

New York’s resources were depleted before all the others when the virus hit here first.

“I don’t want to go there because I don’t want to suggest that I am accepting any position other than the fair position, which is the federal government provides funding,” Cuomo added.

Progressives, meanwhile, continue to bang the drum in favor of taxing billionaires in New York to make up the shortfall.

A new digital ad features recent Democratic primary winners who are expected to be seated as members of the legislature in January. They describe the plight of New Yorkers devastated by the virus, and highlight how the ultra rich have gained more wealth.

“Yeah, with a B,” adds Democratic nominee for State Assembly Anna Kelles.

“And during the pandemic these billionaire’s have grown $77 billion richer,” says Jessica González-Rojas, another Democratic nominee for State Assembly.

Even if raising taxes on the wealthy were part of the equation, though, Governor Cuomo is clearly in no hurry to do that.

He would need to call the legislature back into session, have them pass and then sign the bill. The earliest likelihood that would happen is before the next budget due April 1, 2021.