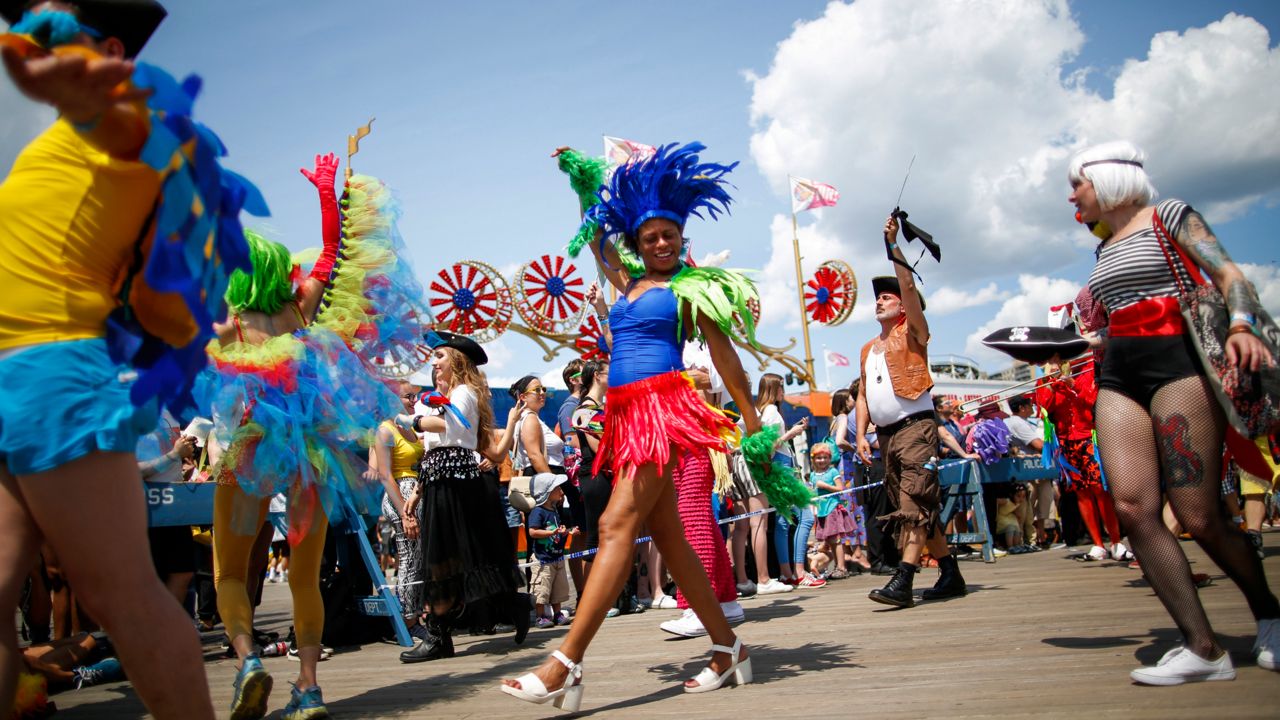 Mermaids won't be at Coney Island this year, but they will parade across your screen.

The annual Mermaid Parade is going virtual this year due to COVID, in what they're calling a "Tail-a-thon."

The event was first postponed from its original June 20th date, but now the decision was made to make it resemble a 1970s charitable telethon broadcast online over an eight hour period.

There will pre-taped live performances, marches, dances and celebrity guests.

And there will still be the costume contest, but now over zoom.

Half of the money raised will go to a group of charities.

It will be available to watch on ConeyIsland.com.