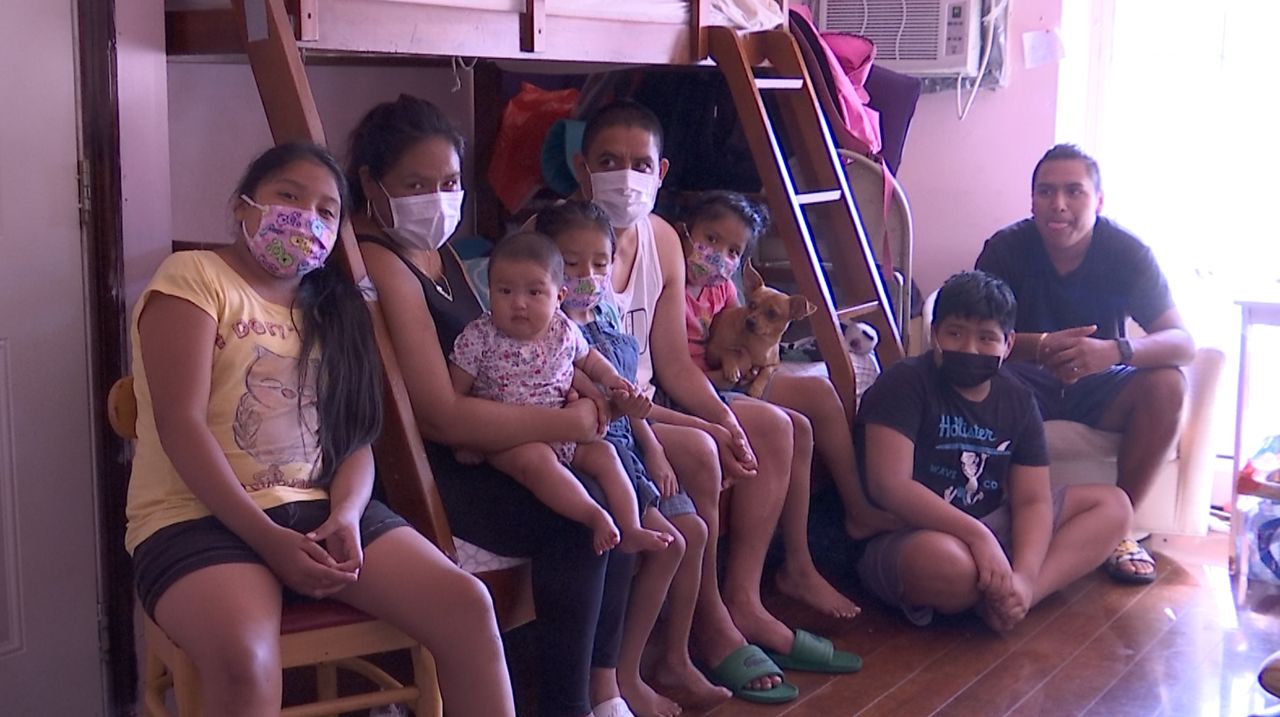 “Many times I was about to die,” Augustin Tlathuetl told NY1 in Spanish. “My body, I couldn't take it anymore.”

The Queens man spent three months in NewYork-Presbyterian Weil Cornell Medical Center with COVID-19. At times, he was near death.

He was the last person released from the hospital's COVID recovery unit before it closed last month.

“I was in a coma for a month. I lost everything. I lost my memory. I lost, that is, what the human being has — the way of speaking, the way of eating — and then when I woke up I was worried because, how was I going to pay my bills, the rent,” he said. (Tlathuetl being wheeled out of the recovery center. Image courtesy of NewYork-Presbyterian Health Matters.)

As a dry cleaner deliveryman, he’s the breadwinner for ten people living in a two bedroom apartment in East Elmhurst, Queens: his wife, their six kids — ages seven months to 18 years old — and his two parents.

“As the oldest, I couldn’t really show weakness to my mom,” said son Jimmy Tlathuetl.

Eighteen-year-old Jimmy and his grandmother caught COVID and recovered. It spread in the apartment, in part, because of fear.

The children are U.S. citizens, but the adults are undocumented, and were afraid to seek help.

“My mother was also scared of going to the hospital because, like her, that is, we don't have papers,” said Augustin.

“There is a fear because our undocumented communities hear stories about ICE being in the hospital,” explains Arline Cruz, the associate director of Health Programs at Make the Road NY.

Make the Road NY works to dispel those false rumors, advocating for people living in the U.S. without documentation.

SOMOS Community Care also doesn’t ask for immigration status and provides free health care in poor communities. The nonprofit organization said there are times when the fear has proven fatal.

“We know of people without documents who died inside their houses,” said Dr. Raymond Tallaj, the chairman of the board of SOMOS Community Care.

“If they don’t get treated for COVID or tested for COVID, it’s putting everybody else at risk,” said Elizabeth Cordoba, the attorney for Augustin Tlathuetl.

She wants people to know COVID testing is free and often non-profit organizations can help with hospital bills.

The Tlathuetl family says that’s what happened in their case.

Augustin takes walks with his family now to build his strength, but he still can’t work, so 18-year-old Jimmy and his grandfather are looking for jobs.

“But I think the most important thing is that I'm fine, I'm here, I have a new life,” said Augustin Tlathuetl.