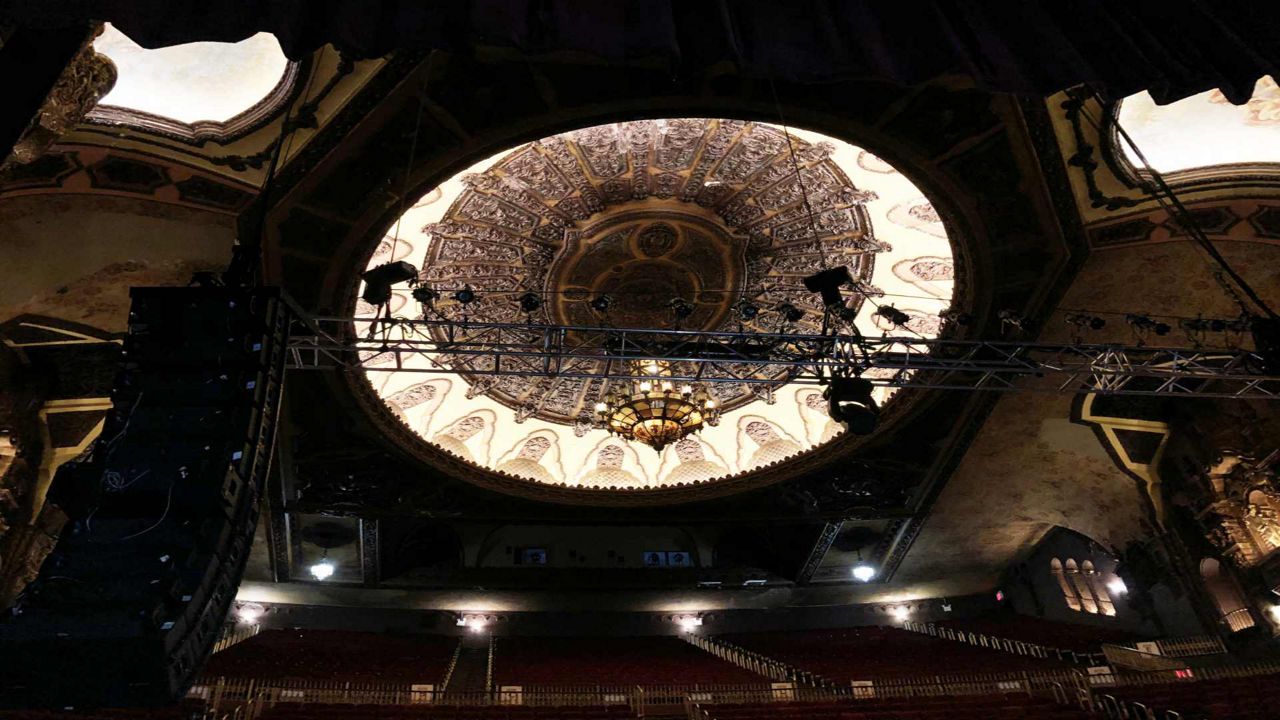 The seats inside the majestic St. George Theatre on Staten Island have been empty for months. The storied playhouse was shuttered indefinitely during the coronavirus pandemic.

Doreen Cugno is a founder of the St. George Theatre.

The theater was built in 1929 and thrived as a showcase of celebrities and vaudeville until the 1970s, when it fell on hard times.

Several investors tried to revive it over the years, but none were successful until Cugno, her mother and sister showed up in 2004 with plans to run it as a not-for-profit and bring it back to its former glory. With the help of public and private partners, the theater has undergone a renaissance in the last 15 years.

Luanne Sorrentino is also a founder.

“This theater is now thriving, shining and just doing what it was meant to be, until COVID came along and that’s when, again, we have fallen on hard times,” said Sorrentino.

Since March, more than 130 live music performances, plays and comedy events have been canceled, rescheduled for next year and the year after. But with no income coming in and all three of the theater's major fundraising events canceled, organizers had to come up with a new way to help it survive.

At the start of the pandemic, the theater hosted a fundraiser by selling forever tickets that don’t expire and can be used by donors when the theater finally reopens.

Now, they're planning something even bigger — a virtual telethon this Sunday featuring headliners like Colin Jost and Pete Davidson, all while partnering with local restaurants to help raise much-needed funds for the theater.

“It's a star studded ensemble and we're hoping that folks will continue supporting our efforts because we need it at this time."

He said the St. George theater is not alone in its struggle to survive.

“There will be loss, there will be considerable losses. The unknown at the moment is how long this will all last and what that means for your particular market niche,” he told NY1.

The St. George Theatre is hoping its fundraiser will help blunt its losses, especially since theaters and dance spaces have been given no timeline for when they'll be allowed to reopen.

For information about the telethon, head to stgeorgetheatre.com.